Recognising the importance and benefits of smart ticketing

2015 looks like being a big year for smart ticketing on public transport in the UK, writes Steve Wakeland, General Manager of ITSO Limited. The last few months have seen a wide number of announcements featuring smart ticketing as one of the essential ingredients in moving towards an integrated, multi-modal, multi-operator public transport service that is fit for future purpose. That purpose is to support an expanding economy through giving the workforce easier access to jobs, as well as reducing congestion, which can be a major drain on productivity. 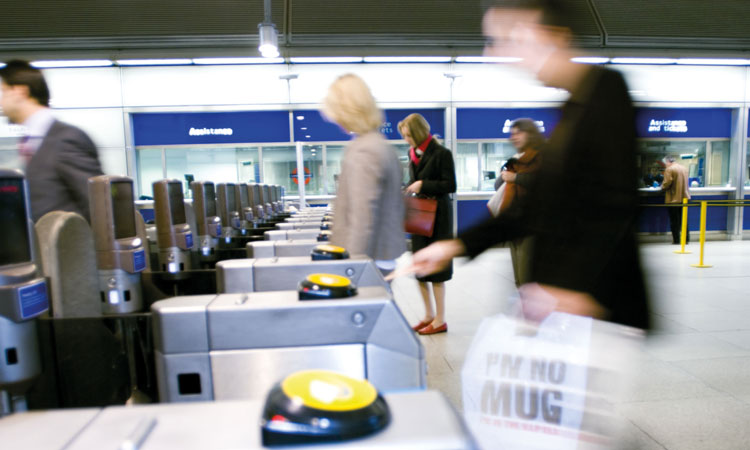 Devolution of decision-making and spending powers to Greater Manchester, Transport for the North and other bodies like West Yorkshire Combined Authority, means these northern regions of England will be more in charge of their own destinies. Wide-ranging decisions on transport will be theirs for the making, be it in terms of franchises, quality contracts or partnerships.

There are still legal and political hurdles to surmount, not least a national election in May 2015 which is anything but a foregone conclusion. The good news is that most of the main parties have stated their strong support for smart ticketing, even if they differ on the amount of local and national governmental control that might be needed to get there.

‘Oyster for the North’

‘Oyster for the North’ is the phrase being bandied about, with people seeking the benefits of the hugely popular and widely-acclaimed proprietary London smartcard system. The technology exists, but the business, legal and operational requirements outside London, which is less regulated, provide a much bigger – though not insurmountable – challenge.

One might sympathise with Arriva Chief Executive David Martin who told the UK Bus Summit earlier in 2015 how easy it had been for them to introduce smart ticketing in Poland, Serbia and The Czech Republic!

But things are on the move…

In England, the Department for Transport (DfT) has been a strong advocate of smart ticketing and has established agreements with transport authorities and operators moving forward, targeting funding while gaining commitment to ‘up their game’ on all forms of transport, including rail franchises.

For example, in March 2015, an announcement of a further £620,000 funding package means that the West Midlands can extend the use of its Swift smartcard to local rail services run by London Midland, in particular smart-enabling the ticketing system at the newly redeveloped Birmingham New Street station.

At this launch, Transport Minister Baroness Kramer said: “Smart ticketing is revolutionising travel and is an important part of the transport investment which will help to build a stronger economy and fairer society. I am very pleased that it is gaining real momentum.”

The recently published Northern Transport Strategy, covering a massive part of the UK, has smart ticketing as one its main goals. The overall aim of the strategy is to build a ‘northern powerhouse’, boosting the economy of the North of England through transforming connectivity with a high-speed TransNorth rail system, a revitalised highways network, and a host of other transport improvements.

One of the stated aims is ‘the introduction of a single smart ticketing solution that works on all modes of public transport right across the region’. This will ‘build upon investment made to date using the ITSO technical specification’, as well as take account of the emerging contactless payment technology via bank cards and smartphones.

The strategy is jointly agreed by the Government and Transport for the North. The strategy document points out that: ‘Between the major city areas, there are differences in the smart ticketing offer to passengers. Each area has many different public transport operators each of which are involved with smart schemes to a greater or lesser extent. Consequently they each have different commercial agreements and individual fare structures. That means that any changes to ticketing requires an evolutionary approach. The first step for Transport for the North will be to align the different tickets and approaches in different cities. Proper joint governance is essential. Our aim is for contactless cards to be trialled on transport systems, travel rights extended between different cities and the rail network to be smart-enabled as quickly as possible’.

Many of these northern areas are already using smartcards

Most already have bus operators taking the English National Concessionary Travel Scheme concessionary passes, which are ITSO-compliant, smartly. Other regions have operators either running their own ITSO-compliant commercial smartcard schemes, such as StagecoachSmart or Go-Ahead’s ‘the key’, or taking part in multi-operator, multi-modal schemes being run by local transport authorities.

Cheshire, Cumbria, Lancashire, Liverpool, Manchester, Tyne and Wear and Yorkshire all have their own variants of an ITSO smart ticketing scheme. The technology is already there to join it all up. What is needed is the joint cooperation of all involved to agree business rules and protocols for true interoperability. This will need to include rail ticketing which is cross-border and nationwide.

The current South East Flexible Ticketing initiative (SEFT) is ‘taking the strain’ involved in getting 12 different rail franchise operators serving London and more than 60% of rail passengers to agree and implement an interoperable smart ticketing system. Lessons learned from this will support smart ticketing for Transport for the North.

Passengers seeing the price of their season tickets rising are insisting on a simpler and fairer fare structure that guarantees they get the best price for their journeys which takes into account sudden changes or interruptions to their train service – regardless of which train operator is providing it.

A plethora of trials, pilot schemes and research is currently underway to bring smart ticketing on rail into the 21st century. For example one of the recent government initiatives is a research project into flexible season tickets. This has the potential for reducing the cost of season tickets, particularly for part-time workers. The impact on rail franchises’ revenues would need to be taken into account but it is hoped that the research will show that flexible products can generate revenue.

This would need smart ticketing systems to be in place so that back office data processing could support the kind of tickets that cannot be offered – for example, a four-day flexi-season ticket needs to be registered somewhere so that it doesn’t work once those four trips are used.

The DfT has also recently launched a £6 million industry-wide competition for train operators which will consider possibilities for innovative ticketing solutions. Funding has already been provided for research into gateless ticketing at railway stations.

Scotland’s devolved government is rolling-out integrated and inter-modal smart ticketing in a big way, using the ITSO Specification as its backbone

Plans and trials are underway for a wide variety of concessionary and commercial smart ticketing options on all modes of transport, including island hopping ferries and planes. The aim here is for one national smartcard, the Saltire, to be enabled for all public transport ticketing.

Like de-regulated England, this again involves strong partnership working between government and transport operators, and the government is currently reviewing these relationships.

Abellio took over the ScotRail franchise on 1 April 2015 and has major expansion plans for the existing smartcard scheme.

Concessionary travel passes are used smartly on virtually 100% of buses throughout the country, and the smartcard scheme in Glasgow’s Subway is proving a big success.

Any UK system will need to be future-proofed and, again, ITSO is working on that, liaising across the UK, and Europe (through the Smart Ticketing Alliance), suppliers, mobile phone network operators, and standards bodies, to provide a secure, inter-modal and inter-operable solution for mobile phone ticketing using the ITSO Specification.

Of course, ITSO-based smart ticketing is not the only game in town, although it will be interesting to see if any other areas of the UK take the brave step London has already taken by removing the ability to pay by cash on bus.

The introduction of contactless bank card payment on London’s transport system, as an alternative to Oyster, has been hugely successful as another popular way to pay.

Transport Minister Baroness Kramer also announced in March 2015 that the government will be working with the UK Cards Association – the body representing the card payments industry – to bring contactless payment to public transport country-wide. The Association will lead a project to coordinate actions among card payment processors, card issuers as well as UK transport operators.

But let’s face it; passengers don’t care or need to know about these major machinations

They just want to be able to buy the best-price ticket, with confidence, quickly and easily – the same way they buy most other things these days.

Recent research into smart ticketing in the UK is very positive. Customers want it as long as it is easy to obtain and guarantees best value. Some would prefer it on their smartphone, others prefer a smartcard.

Recent consultation by First Group in West Yorkshire resulted in 64% of respondents saying that smartcards would be their preferred method of payment, also recognising that smart ticketing would contribute to a great improvement in journey times.

They obviously want it, it’s now up to the powers-that-be – whoever they are after May 2015 – to deliver it.

Steve Wakeland has worked in technology risk management and information security at various industrial and financial services organisations for over 30 years. He joined ITSO Limited in 2011 as Governance Manager to lead compliance through the implementation of policies and procedures across the ITSO membership. Steve became General Manager of ITSO Limited in January 2015.