As the worldwide popularity of Bus Rapid Transit (BRT) networks continues to grow, Alberto González Pizarro – BRT, Electric and CNG Buses Project Director for Keolis – highlights that it is worthwhile looking at this mode of public transport from a holistic approach when designing a network, as the role of each component has an impact on the overall performance of a BRT system. 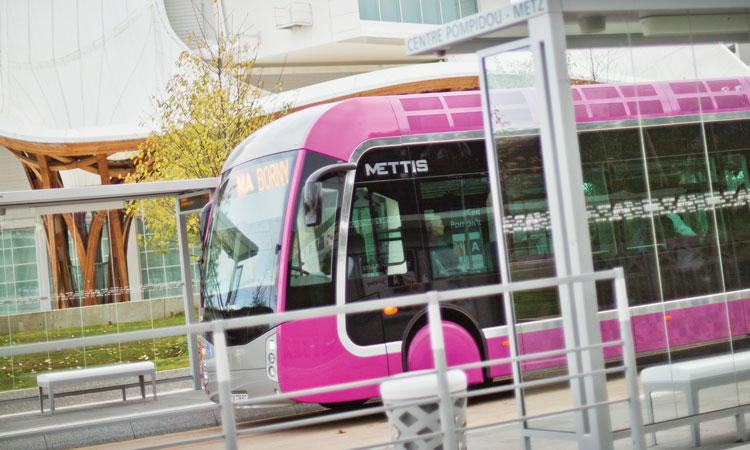 In France, Bus Rapid Transit (BRT) has been inspired by tramways and adapted to the urban context. This innovative service improves the image and performance of the bus on a public transport network. BRT adds value to a city at a low-cost which makes it a vital asset and a complement to other modes of transport. Flexible and adaptable, BRT is a solution that fits the needs of urban areas of any size and is being adopted by a growing number of cities around the world.

The main purpose of a BRT project is to deliver a high performing service. Both passengers and the public transport authority expect reliability, accessibility, increased capacity and safety. Having an overall vision of the network including prioritisation of the lines, patronage growth and economic performance can be a challenge even for experienced operators. A commitment to delivering a premium-quality service with a team of results-oriented managers and drivers is critical to the success of the project.

Productivity metrics and prioritisation considerations for a BRT launch demand certain key competences from the operator. Keolis, for example, brings together its experience with data from Intelligent Transport Systems and sophisticated passenger surveys to propose pragmatic solutions for dedicated routes, transit signal priorities at intersections and station and platform layouts. Additionally, Keolis is constantly looking to improve the commercial speed of BRT vehicles and reduce the dwell time at stations. Combining empirical data with experience brings positive results which can be easily measured: reduced operating expenses, environmental benefits, and increased popularity of the service. A well-designed BRT system that meets the needs of local communities can boost ridership by 20% when the new service is introduced.

Keolis has gained experience implementing these key success factors while working in partnership with various transport authorities around the world, including ‘Metz Métropole’ for the METTIS project. In Metz, having a dedicated lane combined with transit signal priority was an essential feature in order to reduce travel time. Approximately 80% of the line runs on a dedicated lane, more than 90 intersections are equipped with transit signal priority, and all drivers have attended specific BRT training sessions. All of these measures were combined in order to optimise travel time and ensure that headway remains at a predictable five minutes on the two shared lines, thereby guaranteeing customer satisfaction.

BRT accessible for all

Another important differentiator for BRT is its accessibility, especially for citizens with reduced mobility. This is a key issue for a public transport authority. BRT’s flexible design means it can be adapted to its environment while meeting the public transport authority’s accessibility objectives in every way including the vehicles (which can be expanded with guided systems), the stations (geometry and positioning) and the design and the integration of all related equipment.

For instance, Keolis has worked on a project in which 35cm-long electric ramps were installed on the vehicles and deployed on 24cm-high platform stations. Keolis experts noticed that this would affect accessibility because the platform level at the station resulted in a non-optimal slope of the ramp once it was deployed from the vehicle. The public transport authority, based on Keolis’ recommendation, is currently moving forward with an initiative to improve the accessibility of the BRT. Together, Keolis and the transport authority are studying longer electric ramps (70cm-long) which will result in an accessible slope. This change significantly reduces the vehicle’s dwell time at the stations as, even though the deployment time of the 70cm ramp is four seconds longer compared to the 35cm ramp, the access is easier and it takes less time to get on and off the bus for a person in a wheelchair. In short, Keolis’ on-the-ground observations and recommendations to the public transport authority result in a reduction in the dwell time at the station, increased safety and accessibility as well as improved reliability.

As you can see from this example, taking a holistic approach to designing a BRT network is essential because the design and role of each element of the system has an impact on the overall performance.

In order to help public transport authorities take a global view to introducing a BRT network, Keolis works in partnership with authorities planning these implementations and brings its expertise to all areas from design to operations: the procurement of vehicles, driver training, testing and commissioning and finally the inauguration of the line. Throughout all of these stages, Keolis ensures optimal integration of all components, in order to deliver a high performing system.

At Keolis we are constantly striving for continuous improvement. In the case of BRT networks, one area for further enhancement is in fuel diversification – in particular environmentally-friendly and fossil-free fuel options. We are studying all of the propulsion technologies including electric with opportunity charging, overnight charging, hybrid and fuel cell buses and different types of batteries. But electricity is not the only alternative form of power that we are testing. In fact, we are operating more than 1,500 Compressed Natural Gas (CNG) buses on networks around the globe. We are staying ahead of the curve by following the development of the bio-CNG industry in Sweden.

By combining innovation, expertise and experience, Keolis can provide useful public transport advice to each of our partner cities and help them make the best choices for their chain of mobility.

A BRT project makes it possible to implement a comprehensive and cohesive transport policy as part of an Urban Development Plan.

BRT is a viable alternative to the car that easily absorbs increases of urban transport use, and can play an essential role in an integrated transport system for the benefit of an entire city. An improved bus network is a key instrument when designing a public transport system that aims to achieve high ridership numbers and high customer satisfaction levels, with a constrained budget. Introducing a new BRT line is also an opportunity to re-examine an entire public transport network design, in line with its current and future urban development. Transport authorities and Keolis are fully aligned on their objective: to make public transport relevant and an attractive alternative for travel.

Alberto González Pizarro is Project Director at Keolis Conseil et Projets and is an expert consultant with a wide range of experience in BRT project management. He was a key contributor to the development of BRT projects in Las Vegas, where he prepared, tested and evaluated the first North American use of the Civis technology. He also worked on the first BRT project in Castellón – a trolleybus with an optical guidance system in Spain. Alberto has deep knowledge of the functionalities of a BRT system and how to optimise it from an operational perspective. He was the BRT Project Manager for METTIS between 2012 and 2014, transferring Keolis’ expertise and know-how in the preparation, testing and operational phases. Currently, Alberto is Keolis’ expert in BRT, electric and CNG Bus projects. He understands every feature of the systems and applies a whole-of-lifecycle approach in order to optimise operational performance and long-term maintenance. Throughout all phases of the project, he conducts rigorous engineering analysis. 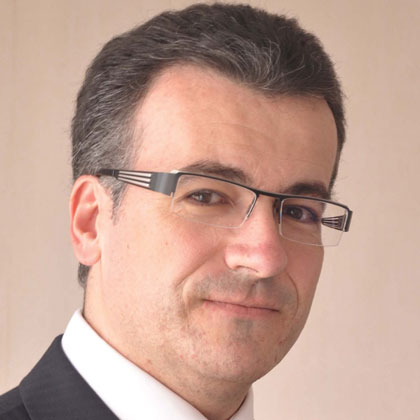