Intelligent Transport Systems (ITS) are the use of technology, communications and information to deliver informed and efficient mobility and transport. Jennie Martin, Secretary General of ITS United Kingdom1 provides an overview of developments in ITS and how it helps drive innovation in the public transport industry. 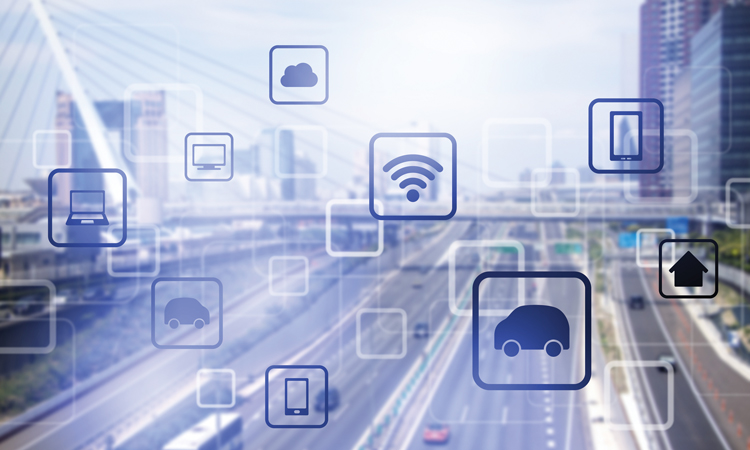 ITS contribute much to the efficient operation of public transport services and to the convenience and support of those who use them. As with all aspects of ITS – from freight fleet management systems to automated cars – the contribution evolves and increases all the time. It was not so long ago that smartcard ticketing and at-stop visual real-time information were considered to be cutting-edge technology.

The latest developments in ITS for public transport in cities support operators and travellers by making services ever easier to operate and use. Payment methods such as mobile phone or bank card are starting to supersede the ‘traditional’ smartcards and exciting discussions around Mobility as a Service (MaaS) envisage even easier payment. Plans are afoot to bundle services together, allowing travellers to subscribe to a mobility service package from a MaaS provider, who may be a transport operator or a city transport authority, but may also be a specialised service provider creating bespoke services. A MaaS package could include taxi journeys, bike hire, car hire and even flights, alongside buses and trains. Perhaps the most exciting thing about the MaaS proposition is not the technology that makes it possible or the step-change in providing convenience and access to the travelling public; rather it is the new approach to ownership of means of transport. The MaaS subscriber has little need to own cars, bicycles or traditional season tickets.

MaaS is no longer a theoretical concept for ITS conferences and working groups – a MaaS service recently went live in Finland. The Whim service has been tested by real users with real services in Helsinki since the spring, and will be launched as a fully commercial service in autumn 2016.

According to MaaS Global, the company behind Whim: ‘MaaS is a carefree, environmentally sound alternative to owning a car. It works out the best option for every journey – whether that’s a taxi, public transport, a rental car or a bike share. From office commutes to weekend getaways, it manages daily travel in the smartest way possible. For extra convenience, MaaS includes value added services like deliveries for groceries or restaurant meals. It allows people to go places and live their lives with more ease than ever before’.

Whim is a mobile app that offers instant travel planning and booking. Users do not need to consult public transport timetables; buy public transport tickets; research and pre-book car hire or taxi services; or book bike shares: the app provides instant access to all these services. ‘A Whim subscription means true freedom of mobility without any of the headaches’ states the service provider, including vehicle and bike ownership and parking in the ‘headache’ category. Whim is capable of learning its user’s preferences and applying these to its route planning and modal choices. It can also sync itself with calendar applications and make suggestions and bookings for travel to appointments.

Payment for the transport used is via a monthly mobility package of ‘mobility points’ which can be converted to journeys via any mode. There is a selection of packages on offer to suit a variety of users. The mobility points are cheaper the larger the package purchased. If the user runs short of points towards the end of the month, top-ups are of course possible.

Commenting on progress with the pilot implementation so far, Sampo Hietanen of MaaS Global said: “Progress has been really fast and we are excited to make this finally happen. With Whim you’ll be able to be a more spontaneous traveller and the aim is to bring new features to our app every month. Step-by-step we will make your daily moving more convenient than ever before.”

Developments in the area of automated transport have aroused a lot of interest over the past few years and will also impact public transport. At the ITS World Congress 2015 in Bordeaux delegates could use a driverless vehicle similar to a traditional mini-bus in size. The vehicle travelled both on a pathway shared with pedestrians and on the public highway where it had to interact with cars, lorries and traditional buses. Needless to say, the four days of operation went off without incident and the vehicles were very popular with delegates.

Something similar will be operating on the Greenwich Peninsula in south-east London as part of the Innovate UK-funded GATEway project, headed by TRL. The latest from GATEway is that it is now seeking local members of the public to take part in what will be the UK’s first public driverless vehicle trials, starting in late-2016. The trial will investigate the use, perception and acceptance of autonomous vehicles. Many ITS professionals in Bordeaux were uncertain to begin with regarding the extent to which driverless shuttles could be trusted to interact appropriately and safely with infrastructure, potential obstacles and dangers, and other road users. It is reasonable to conclude from this that the general public may be even more nervous around the new technology, and the Greenwich trial will be very useful in testing whether this is in fact the case.

GATEway is also running workshops with members of the public to explore their attitudes toward automated vehicles and how they may operate in an urban setting. Local Greenwich residents will be able to share their views on the vehicles via a sentiment mapping tool provided by experts2 in converting crowd sourced information into graphics. As an example, sentiments expressed about public transport services on Twitter would be superimposed onto digital maps showing the services in question.

The UK government is backing automated vehicle technology and implementation with the aim of the UK becoming an international testbed for these developments. Trials are underway or proposed for different types of these vehicles and services, at various locations. They involve cross discipline teams with ITS experts working with, for example, robotics, insurance, legal and human behaviour colleagues.

The eventual impacts of automated vehicle technology on how we provide public transport in cities are likely to be huge, not least in the areas of employment, fleet safety and liability issues. There will also be significant impacts on users – potentially very beneficial as services become more flexible and responsive, more reliable, safer and more accessible. None of us can predict the future of urban transport with certainty, but it is at least possible that the real impact of automated vehicle technology in cities will be a reduction in individual vehicle use and a shift to public transport style vehicles. If, as many experts predict, an automated vehicle revolution will mean the end of widespread ownership of individual vehicles, then the choice will be between hiring a vehicle; not using a vehicle you already own; and taking public transport, changing your financial options quite significantly.

Real-time information provided by operators to travellers is also undergoing big changes. The days when an at-stop digital display was a novelty and automated audio-announcements on-board vehicles were worthy of remark are definitely behind us. Increasingly, travel information is now delivered via social media which provides most of the information today’s citizens consume.

Transport for London (TfL) are collaborating with Twitter on information feeds, which builds on the fact that for a year or two, many Londoners have crowdsourced their information regarding TfL services rather than getting it direct from TfL. The main issue with social media based travel information is sorting the facts from the exaggerations and rants: but it is a fact that when you are experiencing problems with a train journey, for example, the first details of ‘why’ may well reach you via social media before the train crew provide anything more than a statement of the obvious with an apology. It is this ‘why’ factor that enables you to assess your situation and make informed choices. The active participation of service providers processing this social media information will help those who want the information, rather than to join a conversation, and offers operators a new and useful channel for reaching their customers in the event of problems.

Who are ITS United Kingdom?

ITS United Kingdom is the UK’s society for all who work in Intelligent Transport Systems (ITS). ITS (UK) has 160 corporate members and is an independent association financed by members’ subscriptions. Members include Government Departments (DfT, BIS), Local Authorities (including Transport for London), small and large consultancies, manufacturers, software houses and system integrators.

Jennie Martin joined ITS United Kingdom, the Intelligent Transport Society for the UK, in 1998. Prior to that she worked in the City Engineer’s Department at the Corporation of London – the local authority for the ‘Square Mile’ financial district of London. Jennie began her working life with British Rail in 1986 and has a BA (Hons) in History from Kings College London and an MA from the UK’s Open University. She wrote her MA thesis on the institutional framework of the introduction of camera technology for traffic applications in London. She started with ITS (UK) as Membership Secretary, and was promoted to Secretary General in 2004. Jennie is a past Chairman of the Network of National ITS Associations, an organisation of 25 European ITS associations. Jennie is originally from Sweden, but is now a happily naturalised Londoner. 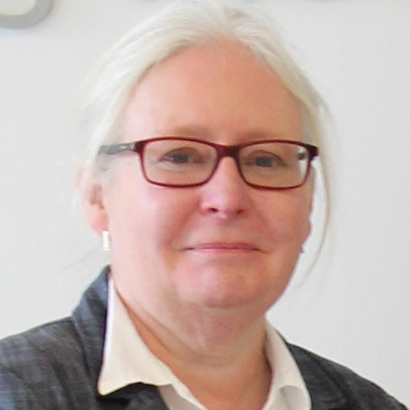