Eole – a project to transform mobility

SNCF aims to raise the bar in mobility with a westward extension of Line E of the Paris regional express network – a project known as Eole1 (Est–Ouest Liaison Express). Project Director Xavier Gruz gives more information on the plans to create a new mass transit service running east-west across Greater Paris, France’s most densely populated region and home to over 12 million people. 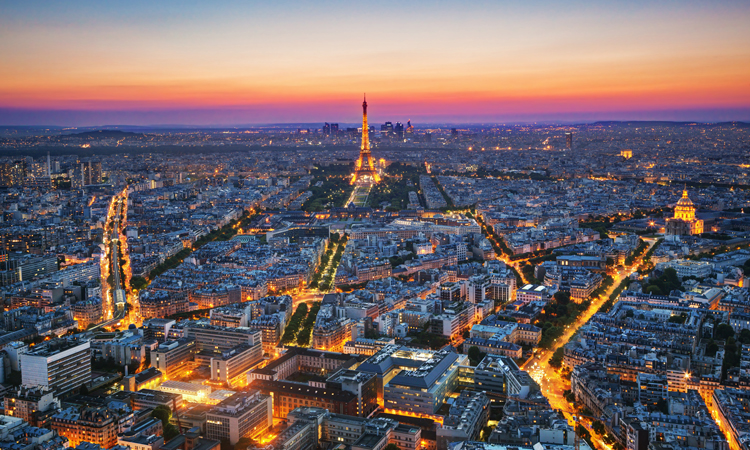 SNCF (French railways) currently operates 14 lines in this key market – five RER regional express lines, eight Francilien commuter rail lines and one tram-train – with 6,200 trains and 380 stations serving 3.2 million passengers a day. This is the most concentrated network in France, carrying 70% of all SNCF passengers on just 10% of the national grid.

The real challenge is to extend the existing RER-E line by 55km to the west, laying 8km of new track in tunnels more than 30m-below ground and renovating an additional 47km of line.

The project’s total budget is an impressive €3.7 billion and the list of financial partners underscores its importance for mobility throughout Greater Paris. These include the French state, Société du Grand Paris (the industrial and commercial entity set up to organise transport for Greater Paris); the regional government for Greater Paris; authorities in the adjacent Yvelines and Hauts-de-Seine districts; the City of Paris; and SNCF. Project coordination, including budget and scheduling, will be handled by STIF, which is the transport organisation authority that controls the Paris public transport network and coordinates the transport companies operating there.

The Eole extension, which was declared to be in the public interest on 31 January 2013, will deliver a totally new generation of transport that combines cutting-edge technologies with regional development in districts served by the line. Tomorrow’s mass transit starts here, with structured mobility, innovative operations and upgrades of the existing network to better serve commuters.

The project presents a number of technical challenges. Tunnels for Eole must be bored under densely populated neighbourhoods of Paris and communities in the Hauts-de-Seine district (Neuilly-sur-Seine, Courbevoie La Défense and Nanterre). Other works are planned near major towns in the Yvelines district, focusing on stations in Poissy, Les Mureaux and Mantes-la-Jolie. Special care will therefore be needed in order to maintain quality of life during construction, including outreach and ongoing contacts with local elected officials and residents.

The new infrastructure will include an 8km-long tunnel bored more than 30m-deep. One segment will consist of a single tube created by a tunnel-boring machine; a high-speed technology that will cover more than 6km in two years. The rest of the tunnel – roughly 2km-long – will consist of twin tubes connected to a new vaulted station beneath the CNIT trade centre in the La Défense-CNIT business district, west of Paris. This double-tube segment will be excavated using traditional techniques – slower but more accurate – which are safer for digging tunnels under the very deep foundations of the skyscrapers above. The new station under the CNIT also required extensive testing and extreme care to avoid compromising the building’s futuristic concrete roof.

Three new stations will be created as part of the project, each designed to accommodate 225m-long regional express trains, which are longer than standard suburban trains. Two will be underground (the station under the CNIT and another at Porte Maillot), while the third will be above ground at Nanterre. Both of the underground stations will feature modern, vaulted designs – with accessibility for travellers with limited mobility – and public spaces, platforms, escalators and lifts scaled to handle very heavy passenger volumes. Each station will also be a major intermodal hub in its own right.

In a first for SNCF, the central underground segment of the line will have two branches running in parallel to limit the impact of potential disruptions along the entire route. This twin-track design will also allow riders to change trains on the same platform in the six stations in this segment – a useful feature since only 1% of passengers travel the entire length of the line.

Eole will also incorporate NExTEO, a CBTC system allowing trains to communicate with an intelligent control centre that manages traffic automatically. With NexTEO, SNCF will move from fixed spacing between trains to a flexible system that will adapt in real-time, allowing more trains to run through the tunnel at higher speeds – up to 120km/h – with as little as 108 seconds of headway.

While NExTEO has never been used in the French heavy-rail network, Copenhagen has adopted a comparable system, and London’s Crossrail project has many similarities with Eole. Thus the new RER-E line will have a proven CBTC system which SNCF hopes to expand to other RER lines in future.

Serving commuters in Greater Paris is a priority for SNCF, but the region’s century-old rail network is the busiest in the nation, and upgrading it is a major challenge for SNCF. The new RER-E line will replace and renovate 47km of line at a cost of more than €1 billion over seven years – an unprecedented investment in the existing network.

Once complete, the new RER-E will be the best-connected line in Greater Paris, with links to all of the other RER lines, 10 of the region’s 15 Métro lines, and lines 15 and 18 of the future Grand Paris Express. This dense web of connections will provide alternative routes during service disruptions, and it will take pressure off the other RER lines. Crucially, it will divert an estimated 12%-15% of riders from RER-A – the region’s busiest line with a million passengers a day. The new RER-E line will also relieve congestion at Paris-Saint Lazare station – Europe’s second busiest, handling 450,000 travellers daily. Finally, commuters will save an average of 12 minutes a day, and in some cases up to 40 minutes a day – a major advantage in a region where people spend an average of 96 minutes each day in the transport system.

The benefits of the new RER-E line will increase the appeal of communities from East to West, creating new momentum for urban and regional development, station improvements, road infrastructure and parking facilities, as well as centres for culture, sports, shopping and housing. This, in turn, will give Greater Paris more economic appeal, attracting new companies and making it easier for all of the region’s businesses to recruit new talent. The works phase of the seven-year project will also boost employment, creating 30,000 direct jobs, another 30,000 indirect jobs and 20,000 ancillary jobs. Eole reflects SNCF’s commitment to social responsibility as well: in the tender documents for the project, participating companies are required to use previously unemployed workers for at least 7% of hours worked.

The new RER-E will be a next-generation line representing a €3.7 billion investment. From its first day of operations in 2022, it will deliver benefits for 620,000 regional commuters and help create a sustainable, intermodal mobility infrastructure for Greater Paris.

Xavier Gruz is a civil engineer of roads and bridges with experience both in design offices and as a prime contractor, and has directed an integrated project management team responsible for the construction of two motorway projects in Haute-Savoie. Xavier has also conducted economic studies on several infrastructure issues and worked on public transport projects within urban areas. In 1999 he joined RFF as responsible for the technical management of the LGV Rhin-Rhône project. Xavier joined the Eole team in July 2012 and is currently the Project Director. 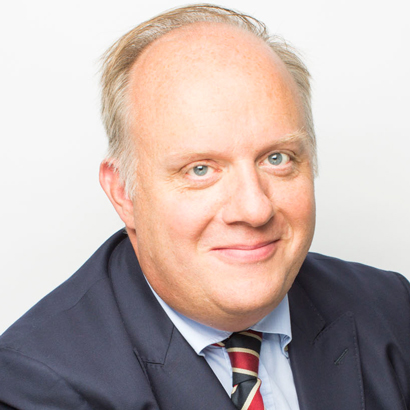