City of Turku is the public transport authority of the Turku region in Finland consisting of six municipalities and, since July 2014, Föli1 has been the brand for regional public transport. There are 285,000 inhabitants in the Föli area and 24.4 million trips were made using Föli buses in 2015. Marko Forsblom, CEO of ITS Finland, together with colleagues from the City of Turku, iQ Payments Oy and Tuup Oy, share how Turku is benefiting from the harmonised travel environment that Föli has helped to create in the evolving digitalised public transport arena. 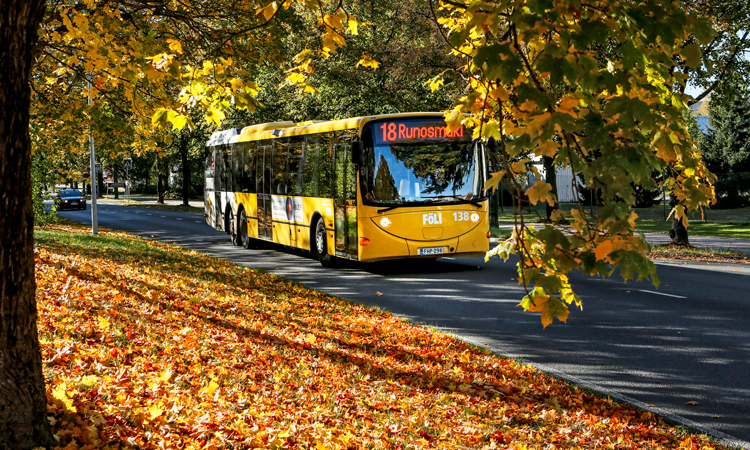 The new Föli service is a significant upgrade from the old system. Not only did the name change but so did ticket pricing, passenger information technology, service levels and the bus fleet itself. The aim of Föli is to make every day travelling as easy as possible and the new flat rate for the entire Föli area has been praised for its simplicity. Furthermore, new technologies such as mobile tickets and ID-based ticketing are used in order to offer good-quality services and make public transport easy to use. Föli is also the first public transport service in Finland to be part of the Mobility as a Service (MaaS) ecosystem.

Electronic validation of printed QR code tickets will come into effect by autumn 2016. This means, for example, that when a customer prints their theatre ticket, a QR code for the trip will be printed on the ticket as well. This will make public transport a natural choice for the trip to cultural events.

QR code based seasonal tickets were tested by a group of 150 people in March 2016. They will be introduced to the public as soon as the validation becomes faster. This can be achieved by using another type of code (aztek) that isn’t so sensitive to the position of the mobile device when showing it to the reader.

QR code based mobile tickets will be used for FöliTaxi tickets, which will be tested from September 2016 to December 2016. Normal taxis will operate as a ‘feeder’ for the strong BRT line on weekend day times and weekday evenings.

Föli is the first public transport authority in Finland – and one of the first in the world – that is switching to an ID-based ticketing system. The change began by converting all free cards and traveller cards into an ID-based system in February 2016. All new bus cards are sold using ID-based ticketing. ID-based ticketing means that the information regarding value, time balance etc. is no longer loaded to the actual card. The card is only the identifier and could just as well be something other than a travel card – e.g. a key ring. The ‘old’ customers can use their current bus cards without any interference, however.

The ID-based ticketing system is manufactured by INIT GmbH (Germany) and the transaction management and sales channels by Western Systems Oy (Finland).

ID-based ticketing makes it possible and easy to generate mass products such as school cards in the central system. Also, different campaigns will be easy to implement. The new system will make it possible to develop new customer-friendly products and also make the loading of bus cards to the Internet even easier than at present. Automatic top-up systems for customers who do not want to worry about when they should load their bus card is one of the benefits of the ID-based system.

Season tickets that are priced according to an exact number of days can also be made, allowing the customer to choose the duration of their season ticket instead of the current options of 30, 90 and 180 days. Further types of travel cards can be loaded online and joint travel accounts for families and companies can also be created. In the event that a travel card is lost, the sum or season ticket information can be easily found.

There is a law reformation currently underway concerning transport in Finland. One of the subjects of the reform is public transport and its ticketing systems. It is suggested that the law would require all public transport operators in Finland to adopt ID-based ticketing. This is a precondition for integrated mobility services.

Föli as part of Tuup’s Mobility as a Service ecosystem

Föli is a pioneer in implementing a mobile ticket solution with an API (Application Programming Interface) for third parties. This enables Mobility as a Service (MaaS) operators to include the Föli service in their offering. MaaS means that users are able to easily combine and pay for different mobility modes and services with the help of new technologies.

Tuup Ltd is the first MaaS operator in Finland to utilise the Föli API (provided by iQ Payments Ltd) and include Föli tickets in its application.

Föli is the first service that can be purchased in Tuup. Since May 2016 Tuup has been available for free download on iOS and Android devices. Users of Tuup, who are traveling in or to Turku, can find Föli’s services on Tuup.

Tuup will continue to expand its service to include other public transportation services, taxis, car and bicycle rental services and parking services in other Finnish cities and other countries. All services using iQ Payment Ltd technology can easily be integrated to Tuup. One of them is the public transport of the City of Hyvinkää, which is the next in line in the Tuup ecosystem.

In the future it will be possible to connect Tuup with calendars, enabling Tuup to automatically suggest optimised routes. Employers can also use Tuup for smart mobility management and to promote sustainable mobility among employees. Tuup and Föli will together plan and test new ticket products for companies based on volumes or mobility management efforts.

For service providers like Föli, Tuup improves their visibility and accessibility, which in turn brings new customers. Tuup also enables combination tickets and special products for different customer groups, and offers intelligent analytics of the demand and supply.

Turku citizens chose Föli as the best service reform in Turku. Some customers claim they have sold their family’s second car and begun commuting by bus. After Föli started, the number of passenger trips has increased by 20%.

According to the before-after-survey, 98% of the customers said the reformation has increased the attractiveness of public transport in their everyday life.

Föli has eased commuting especially between the municipalities: 9% of Föli customers on regional lines are completely new customers that have not used public transport before Föli. In the towns of Naantali and Lieto the number of new customers was even higher; 15%.

Forty-two percent of the commuters on regional lines would have had the chance to use private car on the trip in question, but they chose the bus option instead. This is very encouraging for the future of public transport.

For the first 15 years of his career, Marko Forsblom was a partner in a private research and consulting company before spending seven years in the major Finnish infrastructure consulting and building companies, Pöyry Group and Destia Ltd. He then became a Senior Consult and Advisor for five years in the Ministry of Transport and Communications. Marko has been the CEO of ITS Finland since March 2016 and specialises in Transport Policy and Strategy, Intelligent Transportation Systems and Servitisation of Transportation (Mobility as a Service).

Tuomo Parjanen is CEO and Senior Partner at iQ Payments Oy. His background is in executive positions in civil engineering at Bentley Systems and has been founding and heading several international businesses in the field. He is actively involved in developing new IT solutions and promoting those solutions to industries he has been involved with using modern technology.

Johanna Taskinen is the Founder and Chief Customer Experience Officer of Tuup Oy. She is a transport engineer and social scientist who is keen on changing the world by developing better mobility services. For over 15 years Johanna has been studying and promoting smart alternatives for car ownership and use.