The UK government has set out laudable aims for de-carbonising the country’s transport network, based on establishing sophisticated EV charging infrastructure. But, as Yohanna Weber, Planning and Environment Partner at law firm Fieldfisher, explains, the lack of cohesion between different stakeholders threatens to severely hinder these plans. 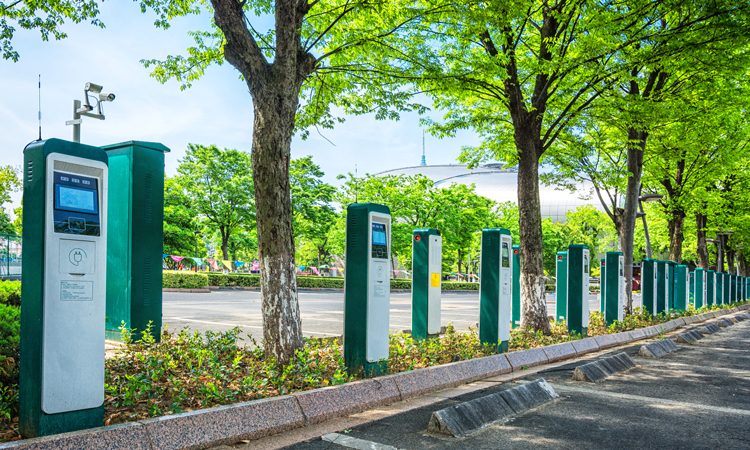 That was not always the case, but lawyers are receiving an increasing number of enquiries from utility providers, technology companies and regulatory bodies, many of which are seeking clarity on the interplay between grid-scale and local energy provision for EV charging networks, and for guidance on what other issues need to be considered.

When it comes to implementing new technologies, such as EVs and the necessary charging infrastructure, this requires a broad view across a number of legal practice areas.

As well as planning, interested parties must take account of regulatory, environmental, construction and procurement implications – areas they would not necessarily need to look at for what are often relatively small scale projects.

But because the EV industry is so novel, accommodating its expansion raises a number of issues about how different laws regulating energy, transport and development interact with each other, leading to the need for potentially radical reforms in the way these laws are interpreted and applied.

EV charging infrastructure in the UK is still in the preparatory stages. So far, nobody – public or private – has been able to put forward a credible plan for how to roll it out on a large scale.

Even National Grid, which has made several announcements1 about its plans for motorway charging points2, has carefully couched its goals in aspirational terms, rather than outlining detailed practical measures for achieving them.

The reality is, we should not expect to see a sustainable and effective EV charging network in place any time soon.

That said, a number of entities other than National Grid are looking at ways to roll out EV support infrastructure.

The issue for many clients – whether they are consultants, large utilities or small installers of charging points – is that the current approach to building this network lacks coherence.

It is relatively straightforward to install charging points on an individual basis, in homes or in service stations. But, at present, there isn’t the overarching strategy across all the arms of government, organisations and bodies that is necessary if an EV charging network is to be deployed how the policy makers have envisaged and facilitate a totally electric UK fleet.

For example, the Department for Transport’s (DfT) Road to Zero strategy, which was launched in July 2018 and outlines the government’s ambition to ensure that at least half of all new cars made in the UK will be ultra-low emission models by 2030, shows little appreciation of the regulatory considerations that will kick in for the energy regulator (Ofgem), National Grid and the various distribution network operators (DNOs).

Similarly, the Automated and Electric Vehicles Act 2018, which received royal assent in July 2018, only provides for regulations to be made in the future to deal with access to charging points in certain places, rather than for comprehensive facilitation of an EV support network.

Several companies have put their hands up to implement the government’s strategy of installing a nationwide system of charging points.

Most have indicated that they plan to use existing facilities at motorway service stations and public places to accommodate charging points – a scheme that will only work if there is significant collaboration between local planning authorities and highway authorities on planning matters.

It will also necessitate a substantial upgrade of the electricity distribution network, which is likely to be both complicated from a regulatory perspective and extremely costly.

Ofgem’s most recent Future Insights3 report, released in July 2018, warned that without a guaranteed flexible charging, or load-spreading, approach – whereby EV users mainly charge their cars when there is excess generation in the system – meeting the government’s targets for EV penetration will probably entail expensive network reinforcements.

Capacity and design issues with many local and distribution-level electricity networks mean that major upgrades will be required across most of the country. However, DNOs are heavily regulated by Ofgem, sets price controls and decides how much they can invest in the network and recover from users.

This creates a conundrum for Ofgem – does it build these costs into DNOs’ price controls in advance, or wait to see the take-up of EVs before allocating funding for infrastructure reinforcements?

Consensus is that, in the long-run, it will be a lot cheaper to run EVs than it currently is to run petrol or diesel cars. But getting to that point looks certain to incur a huge capital cost to tax payers – not all of whom will be vehicle owners.

Part of the problem is that energy generation and distribution are based on anachronistic centralised systems – controlled by the National Grid and Ofgem, respectively – which do not match up with the highly decentralised nature of EV usage.

The DfT’s Road to Zero contains a proposal for charge points to be installed as a matter of course in newly-erected lamp posts, potentially delivering a massive expansion of the plug-in network.

While this sounds like a good idea in principle, the fact is that the distribution networks underneath these lamp posts will still need to be ripped up so that they can be reinforced to accommodate the extra electricity demand. Who would foot the cost for this work is not yet clear.

Another government proposal, this time from the Department for Business, Energy & Industrial Strategy, is to use smart meter technology4 to reward energy consumers for charging EVs at off-peak times, thereby incentivising and hopefully ensuring load spreading.

Legally, however, there are unanswered questions about whether this is possible under the current licencing regime5, which was not devised with EV charging in mind.

It is also doubtful whether the technology required to create a fully interconnected smart meter network for this purpose is readily available, or whether the capacity to power the required data transfer exists, or can be effectively mobilised.

Wholesale reform of the UK’s energy generation and distribution network, both physically and in a regulatory sense, is unavoidable if the government is to match its aims for EV adoption to when and where people use energy.

It seems as though everyone – from policy makers and regulators to large utilities and start-ups – is racing to set goals for EV take-up, but no one is actually tackling the logistics of how this is going to happen in a sustainable, cohesive way.

From a legal perspective, this looks like policy on the hoof, rather than a roadmap to an electric transport future.

Yohanna Weber is a planning and environment partner at Fieldfisher specialising in the consenting of major development and infrastructure projects.