‘BusConnects’: Improving bus services in Dublin – sooner rather than later

With the Irish economy now very much in recovery mode, not only are more and more people travelling to work and for education, but they are also travelling for socialising purposes and enjoying leisure time with their families. This increase in activity is very much welcomed but it means that there is more pressure on our public transport services than ever before. Tim Gaston, Director of Public Transport Services at the National Transport Authority (NTA), looks at the challenges facing Ireland’s public transport system, particularly in Dublin, and outlines the NTA’s ambitious plans for investment in Dublin’s bus services. 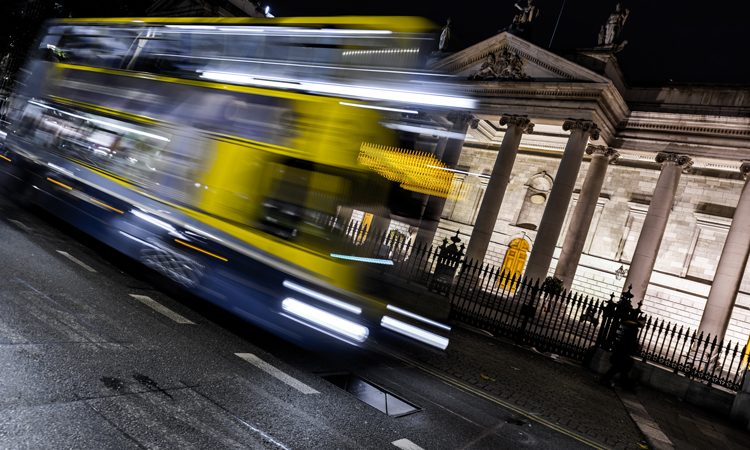 These are interesting times for public transport in the Republic of Ireland, and as the economy continues to pick up, we see an increasing number of people making the bus, train or tram their transport mode of choice.

In 2016 there was an overall increase in passenger numbers, with 234 million passengers using subsidised, Public Service Obligation services provided by Dublin Bus, Bus Éireann, Iarnród Éireann and Luas. That’s an increase of almost 10 million, or 4.4% on the previous year.

Passenger numbers on bus services provided by licenced commercial operators have also seen a healthy increase. Passenger numbers in 2015 increased to 23 million – an increase of almost 10% over the previous year – and while we don’t yet have final figures for 2016, there is every indication that this upward trend will continue.

We have found that the travelling public respond very positively when presented with better public transport options, which is why we believe that we must continue to invest in public transport projects.

Later in 2017 Luas Cross City – the latest extension to Dublin’s light-rail system – will be completed. Not only will this substantially increase the capacity of Luas, but it will also be a significant step towards more closely integrated public transport services across the capital.

This will also be the year that we see an increase in Dart frequency, and an increase in commuter services through the newly-opened Phoenix Park Tunnel.

Preparatory work on both Metro North, which will link Dublin City Centre to the Airport, and Dart Expansion, which will extend the electrification of suburban rail services around Dublin, are continuing apace.

However, while such measures are welcome, and while they will certainly help relieve pressure in those specific areas, NTA formed a view that a more radical approach is needed if we are to truly surmount the burgeoning congestion problem.

It was decided that solutions for lower density population patterns such as we have in the region, were needed. This means that for most corridors in Dublin bus transport would represent the optimum public transport solution.

Therefore, in May 2017 we launched ‘BusConnects’ – our ambitious plans for investment in bus infrastructure. It outlines plans that I believe can radically change the way people get into and around the city, and also change the way the city and region actually functions.

BusConnects will create a bus system for Dublin fit for a modern vibrant city that enables more people to travel to more places, conveniently and efficiently.

We want to fundamentally transform Dublin’s bus system, so that when it comes to speed, reliability, punctuality and convenience, journeys by bus will be far superior.

Our plans will enable more people to travel by bus than ever before, and allow bus commuting to become a viable and attractive choice for employees, students, shoppers, families and visitors. BusConnects proposals include the following:

These ambitious proposals will put bus services at the heart of the solution when it comes to addressing congestion in the capital.

The total cost of BusConnects is estimated to be over €1 billion – some €300 million of which is already committed under ‘Building on Recovery’, the government’s 2015 capital plan.

A central aspect of BusConnects is the development of continuous bus lanes, as far as practicable, along the busiest bus corridors.

The Transport Strategy for the Greater Dublin Area, which was adopted by government in 2016, sets out a network of 11 radial bus corridors; three orbital bus corridors; and three Bus Rapid Transit corridors for the Dublin region. BusConnects now brings those proposals a significant step closer to becoming a reality.

At present, these busy bus routes only have dedicated bus lanes along less than one third of their lengths. This means that buses must use the general traffic lanes and are therefore slowed down by the increasing levels of congestion that affect general traffic.

We calculate that on just about every major route into the city, congestion increases peak journey times by as much as 60-70%. This means that bus passengers don’t get any time advantage from using the bus system and can’t rely on consistent and predictable journey times.

To address these deficiencies, we propose to deliver continuous bus priority – a continuous bus lane in each direction – along each corridor, as far as practicable.

These ‘next generation’ bus corridors will deliver a transformation in the performance of these routes. Delivery of these corridors will remove the current delays and schedule uncertainties, making bus journeys on these corridors faster, more punctual and more reliable, thus providing a vastly improved service to users.

Achieving this will require the widening of existing roads, which will encounter such challenges as parking changes and encroachment into private property through compulsory acquisition. However, in all cases the schemes will address not just the bus needs, but will also provide segregated cycle facilities along each of these routes.

The major bus corridors also represent the major cycling arteries of the city. The reconstruction of these roads to provide the essential bus lanes that are needed for our bus plans provides the opportunity to simultaneously transform the cycling infrastructure.

On each of the Core Bus Network corridors, we will provide high quality cycling facilities, segregated from the bus lanes and general traffic lanes, as far as practicable.

This benefits the bus system as well. It avoids cyclists sharing bus lanes with buses, where the bus speed can be limited to the speed of the slowest cyclist in the lane.

In addition, a fully renewed road corridor will be delivered along these routes, with new road surfacing, lane markings footpaths, pedestrian crossings and signage, benefiting all road users including car traffic.

Without changing the ticketing systems and the bus fares structure, the overall project would not deliver the full benefits that are possible under this transformation.

The second biggest source of bus delays, after traffic congestion, is passenger boarding time.   Payment of fares by cash is still commonplace, which significantly slows down the boarding process. Even when using the cashless Leap Card, the complex number of payment stages mean a high percentage of passengers have to interact with the driver.

We want to simplify and streamline the process of paying for bus journeys. The fare system will be restructured to make it simpler, and to make movement between different bus services seamless and easy, without financial penalty. It will either incorporate a ‘tag-on’ and ‘tag-off’ facility – as is currently used in both light- and heavy-rail – or will move to a single ‘flat fare’ approach, to avoid the need to interact with the driver for fare payments.

As part of this system, cashless operation will be introduced on all buses to remove the delay issue caused by cash payments. Currently over 70% of fare payments are made by Leap card. As this increases over the next couple of years, the transition to a cashless regime will become easier.

BusConnects will incorporate the latest developments in ‘account-based’ ticketing technology, potentially allowing use of credit/debit cards as a convenient means of payment.  This will also allow integration with other transport payments such as parking facilities, bicycle hire and similar.

Thanks to BusConnects, just about everybody will be able to beat the congestion by using the bus rather than a car for their journeys.

We believe that there is potential to increase bus passenger numbers by at least 50% over the lifetime of the project, which would represent a significant step-change in how people get from A to B.

This can only happen if measures are put in place to make bus travel more convenient, more reliable and more appealing and we believe that BusConnects will do precisely that.

In 2015, the government’s Capital Plan earmarked €3.6 billion to progress public transport projects such as Metro North and Dart Expansion.

However, Dublin is a low density city which means that very few areas have the size and concentration of population to support rail-based public transport. For most areas, bus transport represents the best public transport solution.

In any case, rail projects typically have lead-in times of 8-10 years, and with congestion continuing to worsen every month, more immediate solutions are required.

The solutions we are bringing forward under the BusConnects umbrella will generally have a much shorter turn-around time, which means that we can make travel by bus an increasingly attractive option for commuters all across the network, sooner rather than later.

Tim Gaston has been Director of Public Transport Services at the National Transport Authority (NTA) since April 2015, having previously served as Director of Integrated Ticketing. Prior to working at NTA, Tim headed up the integrated ticketing project at the Railway Procurement Agency, before which he was Ticketing Project Manager in Translink, Northern Ireland’s public transport provider. Tim was educated at the University of Edinburgh and Leicester Polytechnic. 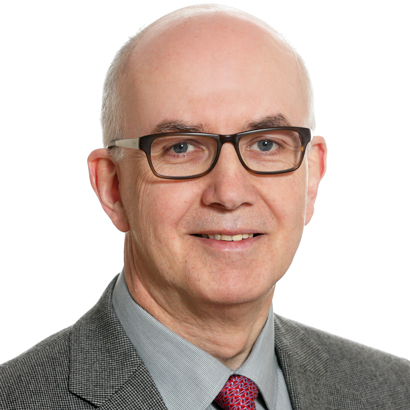