The Transport Systems Catapult (TSC) is currently undertaking a project with Sheffield University, working with partners such as IBM and DOVU, to explore the value of blockchain and other distributed ledger technologies (DLT) to the transport industry. Based on interviews, workshops and literature reviews, they have set out to discover the ways that blockchain could be used in transport and whether the industry should be taking note. In this article, TSC Senior Technologist Charles Carter gives Intelligent Transport a primer on the technology in the transport industry. 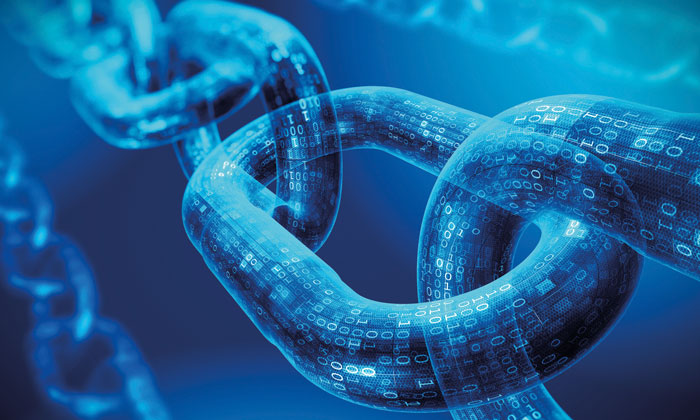 The first question anyone will ask when they see an article about blockchain is “what is it?” – quickly followed by an observation about bitcoin. It’s a valid question and one we need to start answering if we are to ascertain how this promising technology could shake up the transport industry to the same extent as the financial sector.

Blockchain does indeed have its history in cryptocurrencies, starting with Bitcoin in 2009, but the underlying technology can be applied to numerous different scenarios – including many in transport.

Blockchain is a database technology built on collaboration and sharing control over data amongst stakeholders. Fundamentally, it is a digital ledger, where data is added in sequential blocks, with each block marked with the identifier of the previous entry (creating a chain). The database in any blockchain system is then replicated and stored across multiple locations throughout either an open or stakeholder network. This is where the term ‘distributed ledger’ comes from.

The benefit comes from the consensus needed amongst stakeholders on the data contained within the blockchain. No member of the blockchain can enter or change data within it unless it is being validated by the other members of the network – each of whom have their own copies of the database.

The first thing to understand about blockchain is that it’s a system that builds trust in the stored data and facilitates collaboration, independent of human-derived trust. Such data is tamperproof: when a piece of data is added to the blockchain, it becomes immutable and subject to validation by the whole network.

If a nefarious actor attempts to change data – for instance, changing the owner of a car or train ticket – it will be immediately obvious to the rest of the network that the records no longer match, and the new information can be dismissed.

Records can be shared across a network with all stakeholders having a view of the complete database – meaning it can also help with transparency in cases where provenance is important, or when you need to be open about how data is being used.

A technology with big implications

So, cutting to the chase: what can it be used for and what are the implications?

In terms of bitcoin and the other cryptocurrencies that have come to such prominence in recent years, digital currencies using blockchain allow people to facilitate their own transactions without intervention from a third-party intermediary (with all the cost associated with managing this process).

Currency cannot be duplicated (a particular problem of digital assets) due to the chain aspect of the ledger, and ownership of individual coins or tokens must be agreed across the network, making theft difficult.

The implication here is that we no longer need banks – suddenly the furore around cryptocurrencies and blockchain starts to make more sense.

We have also seen blockchain being used in the health industry for patient records and information. Keeping track of who has access to personal data and ensuring records are accurate in terms of prescriptions and treatments across entire health provision networks all have huge benefits.

It is also being used to track digital assets in the music industry, particularly in terms of rights to intellectual property; keeping a trace of who has accessed and played your record and linking it back to revenue. 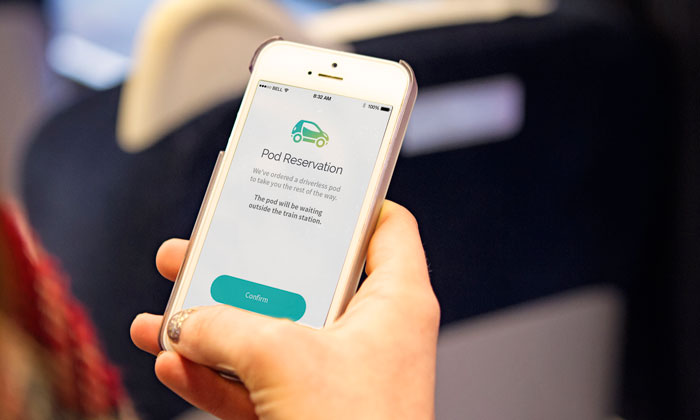 Why is blockchain so disruptive?

The fact that this can all be achieved without intermediaries is hugely disruptive where ever you have a central body that sits between different entities and acts as a trusted third party. This has the potential to significantly shake up established industries currently reliant on centralised systems to govern and facilitate them.

It is also a system that would give people much greater transparency and control over where and how their personal data is used. At present our data is often handed over to another party, at which point it becomes very difficult to work out where it has gone and who is using it. An example of this is when you give data to a trusted company only to be contacted by another organisation with an associated sales pitch. A distributed ledger could allow you to see exactly how they got hold of your data.

Throughout our work we have encountered several transport projects that are using blockchain. One of the leading examples in the UK is Heathrow Airport, who have implemented a pilot to share data and come to a consensus on operational information about flight delays and passenger movements amongst airports and airlines at a global level. This means all the airports can agree when a flight is due or where a specific passenger is on a particular journey, allowing systems to be optimised accordingly for better customer experience and more efficient allocation of resources.

A lot of activity is also taking place in the freight, logistics and supply chain sector. If you are working in this area you should be paying attention to blockchain developments. The transfer of assets between multiple organisations in a supply chain is an almost perfect environment for blockchain to be introduced, and it will likely happen soon.

There are a number of pilots and demonstrations currently underway with the likes of IBM and Maersk, as well as the port of Rotterdam. Each are investigating ways to increase transparency and traceability across a supply chain.

The use of words like ‘potential’ and ‘implications’ surround the current blockchain conversation. There are currently some constraints around scalability, due to the processes that underpin the blockchain, such as cryptographic algorithms and the consensus mechanism. The technology is immature, but for horizon scanners we have found many potential use cases for blockchain. Organisations should already be looking to trial and demonstrate the technology now.

Over the next five years, as the technology develops, more solutions based on blockchain will be possible. Since 2009 we have seen huge leaps from the technology behind bitcoin to newer blockchain networks, like Ethereum and Hyperledger, which are faster and have more capabilities.

People working towards new business models such as Mobility-as-a-Service, where multiple transport providers and a large number of customers will need to interact, should also be looking at blockchain as an alternative to introducing third-party intermediaries.

There are also applications for autonomous transport, where blockchain could help monitor the use, ownership and legal status of vehicles when they are deployed in large numbers – without the need to set up large central organisations with their associated costs and resourcing. 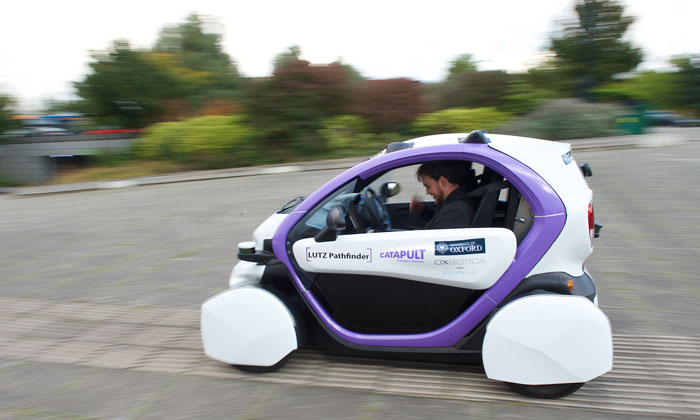 Blockchain could help monitor the use, ownership and legal status of large numbers of autonomous vehicles

Through TSC’s project with Sheffield University, our aim is to create a driver that enables businesses to try potential use cases. In order to achieve this, we need to increase understanding of blockchain in the transport industry. If people don’t ‘get it’ then there is a danger that we won’t see the pilots and trials necessary to maximise the benefits of this technology.

We also want to provide a neutral voice against the positive and negative hype around blockchain. We need to help avoid the situations where decision makers are throwing out solutions at the first hurdle because they heard something negative about bitcoin and conflated it with blockchain.

It’s also important to analyse potential use cases to gauge whether blockchain is a good fit, or if other technologies could provide a better solution. It’s certainly not a silver bullet for all problems, so we need to combat the positive hype as well to ensure we aren’t compromising for the sake of riding the hype machine.

Personally, I think that 100 per cent of transport organisations will be using blockchain in some way in 5-10 years’ time, such is the level of impact. You could be looking at major impact on transport businesses and the way they operate. Not everyone agrees – not even within TSC – and it is hard to tell with a technology that is still in such early stages of development. Other countries are steaming ahead in this area, so it may be a case of ‘get involved or get left behind’. In any case, we can’t afford to ignore it altogether.

Charles Carter is a leader in driving and delivering transformational innovation. He is a Chartered Engineer with a background in physics, transport modelling, and intelligent transport systems. He has over 10 years’ experience in the public and private sector including four years with Transport Systems Catapult. He has created impact across a diverse range of innovative projects, from new ways to increase passenger throughput capacity at stations, to a next generation IoT driven highway asset management system. He has most recently been leading a project to explore blockchain applications across transport. 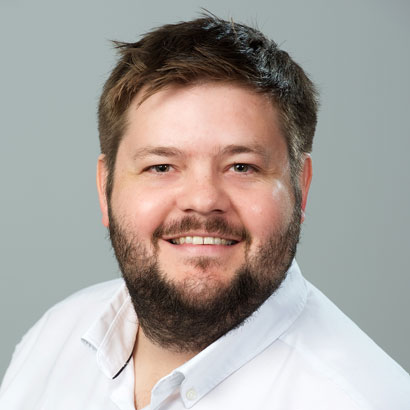 One response to “Blockchain disruption in transport”