Finding the solution to local bus service cuts in the UK

In recent years, local bus services in the UK have become increasingly difficult to access for many who need and rely on public transport to get them around. For Intelligent Transport, John Randerson, Managing Director for Mellor, looks at the issues facing local services and discusses some answers to the problem. 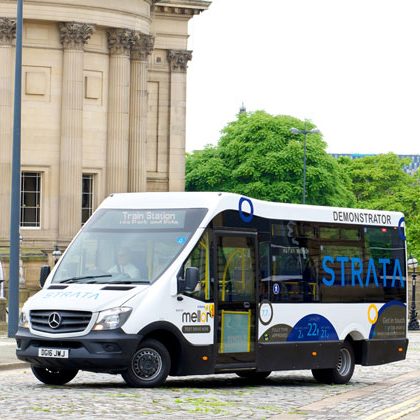 Recent research from the Local Government Association has revealed subsidised bus services took a significant hit in 2016 ­– with options being cut by over 12% during the last 12 months.

While the Department for Transport has announced its intention to work with local transportation companies to offer improved services, the truth is that it seems most government officials simply don’t know how to go about rectifying the problem.

It is worth looking at some of the research into the current transportation situation, which reveals a range of worrying statistics including:

For many, the problem is that most buses today aren’t used enough and simply don’t get sufficient passengers to keep the routes financially viable. But the real problem is that buses aren’t appropriately sized to meet requirements.

Undoubtedly, people have grown accustomed to an ‘average’ bus size for their day-to-day journeys, but they are often too big and inefficient for the routes they are operating on. There is also a perception that these routes are only in remote rural situations but in reality, they can just as easily apply to urban areas. Rather than cutting routes, a more cost-effective solution would be to use a smaller, lighter bus with better operational efficiency and reduced fuel usage. 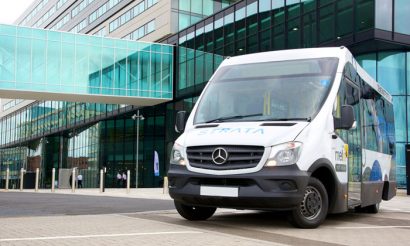 Mellor’s Strata low floor small bus, which is proving to be successful on a range of local routes with public and private sector operators

Deploying size-appropriate buses can in some instances, completely turn a route around from being loss making to breaking even, or maybe resulting in a small profit for the operator. Reducing the size of the bus to match the number of passengers available on any given route means the costs associated with subsidised travel are significantly improved.

There is also an additional benefit with smaller buses in that they are better for the environment, because they run with far lower emissions than standard buses. These lighter, compact vehicles allow for the right solution to be given to any specific route, without causing additional problems for the government in relation to CO2 emissions and significant fuel expense.

Operating smaller buses doesn’t mean that passengers can’t have all the features and benefits they enjoy on larger vehicles. Quality seating, destination displays, WiFi and USB ports can all just as easily be installed on a smaller bus.

An example is Mellor’s Strata low floor, 22-seater bus, which is proving to be successful on a range of local routes with public and private sector operators.

One such operator is Nottinghamshire County Council and their Fleet Operations Manager, Andy Frogg, said: “We purchased two Mellor Strata Low Floor buses in December 2016 and have found them to be an excellent solution for the routes they operate on, which are 528 Selston – Beswood Village and the 510/511 Stapleford to Beeston.

“Each covers around 1,200 miles and carries approximately 1,500 passengers per week and we are getting around 22 miles to the gallon, which is great. Good reliable vehicles, our passengers really like them too and enjoy the smooth ride they provide.”

Commercial operators are also adopting smaller buses, including Scottish operator McGills. Managing Director Ralph Roberts said:  “Mellor is ahead of the curve with the Strata product. It gives a big bus feel to the passenger but at a minibus cost base. At 19mpg and van like maintenance costs, the benefits are clear.

“This allows McGills to sustain routes that are unable to pay for a larger vehicle, so it means that there are lifeline bus services in place that otherwise wouldn’t be there.”

Local authorities have undoubtedly been faced with some difficult choices in recent years in how and where they spend their money and while there is no ‘silver bullet’, seeking out modern transport solutions with appropriately sized buses has to be the option to save and preserve our local bus routes.