It has been just over a week since 2017’s successful European Bus Forum but what exactly happened? We sent Intelligent Transport’s regular blogger, Graham Ellis, to the show in Manchester to give us a detailed narrative on this year’s event… 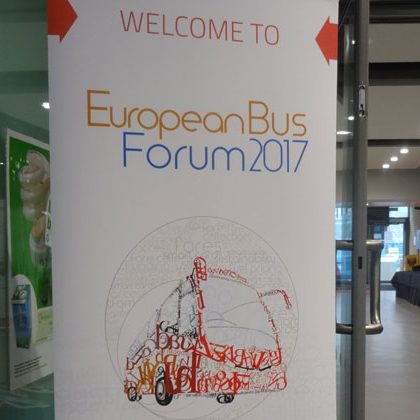 The conference opened on a damp Manchester morning with a welcome from the conference chairman and our hosts Transport for Greater Manchester. This was followed by a key note speech from John Birtwhistle; the 2016 president of the Confederation of Passenger Transport, who looked at the future for the industry in the rest of 2017.

He told us that he thought that the risks to the industry were still very high and that vigilance was necessary to protect our passengers and infrastructure at all times. He also said that we need to ensure that security is regularly checked.

He also said that even with the Buses Bill there is no need to ignore the old tools we previously had including voluntary partnerships as long as we could show that this added value. 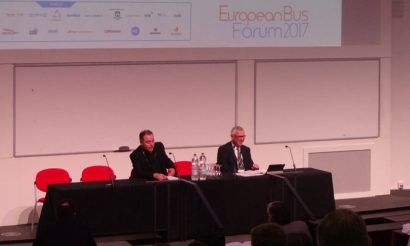 Looking at the Buses Bill he said that whilst audible-visual announcements were easy to fit onto new buses, retrofitting was actually very difficult and very expensive; we may have to accept that this will take some time before it will be common on all vehicles in the fleet. The next challenge was open data; this is meant to provide clear and concise information to users but with so much open data around, are we sure that we can actually provide this ourselves or should we allow integrators to take over and make money from our data?

Looking at Brexit there is plenty of uncertainly at the moment and this affects future investments. On air quality he said that most people are using the press to understand what is happening and that even though Euro VI meets all of the air quality management requirements it is still being called ‘dirty diesel’ when in actual fact it isn’t – the real problem with diesels are that they are not operating in the correct manner as they are stuck in congestion and this is getting worse all the time around the UK, which is causing increased emissions.

John was followed by Nicolas Pocard from Ballard Power Systems of Canada who told us about the company’s fuel cells which power vehicles that are starting to appear in fleets, which have around 300-400km daily range, are capable of fast fill-ups and their materials are fully recyclable. The power source for the fuel cells is hydrogen which is carried on-board in storage tanks on the vehicle and can be provided as either a compressed gas, as a liquid or produced on-site.

The fuel cell will give better battery performance over the lifetime of the vehicle and the heat from the chemical reaction in the fuel cell can be utilised to heat/cool the vehicle interior.

The future of buses

The conference then moved on to a panel discussion asking whether the bus can adapt to the new world of transport. The outcome of those discussions was that the bus has always had to adapt to changing situations ever since the concept was introduced.

However with the approach of autonomous vehicles and the increasing use of technology in ticketing etc the bus we know today may not be the same in 5-15 years’ time, watch this space…

Mobility as a Service

Finally, before coffee, we moved on to discuss Mobility as a Service (MAAS), and we all had to be told what that meant because for each of us it meant something slightly different. The definition agreed at the time was that this covered information always available to potential users and which allowed journeys to be planned via multi-modal solutions. This could also include well-known technological ‘disruptors’ such as Uber and Amazon to become a greater part of the wider transport landscape.

It was felt that we are approaching (if not already at) a turning point where aid for services in transport will become like our current day mobile phones; we will pay for a particular type of service and then be able to ‘mix and match’ how we use our transport ‘credits’.

Following coffee and visits to exhibitor stands there were a number of different thematic strands of talks to attend. 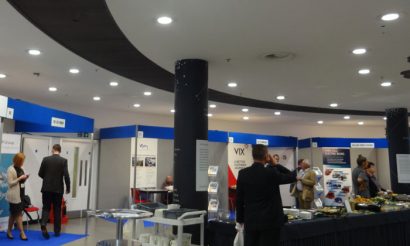 The lowering emissions session covered electro-mobility, with the first presentation being held by Harald Ludescher of Ziel-Abegg GmbH who is the head of sales in its ZA wheel business. He talked about the changing face of manufacturers in the bus industry, many of whom had never constructed a bus chassis previously but who were now producing both single- and double-deck models. These are mostly on an electric or hybrid basis. We then heard how new manufacturers are entering the electric bus market and associated markets are developing.

The Tower Transit presentation was on alternative power sources in operation. They looked at hydrogen, electric, diesel hybrid, diesel Euro 6 and the use of 8 hydrogen fuel cell buses, ISE integrated fuel cell and motors etc. They also spoke about how aqueous hydrogen is supplied to the depot.

Originally the company became part of the EU’s ZeEUS project. This provided the basis for looking at electrification of local public transport and the feasibility of overnight charge and opportunity to charge en route, as well as virtual electric buses which have a small engine and so can recharge its batteries in an emergency situation. They also spoke about some of the lessons that have been learned from the last ten years of operating experimental buses and concluded that this initial technology is not at its best but will develop over time.

Alcoa wheels then told us that the industry needs to make vehicle units lighter to save energy, as proven by a German report into Co2 savings by using lighter vehicles. It is possible to save up to 42% per wheel depending upon wheel size. Aluminium alloy wheels are as strong as steel wheels when the wheel is forged rather than cast, and dual-mounted aluminium wheels retain a 20% higher retention torque.

Reports from European operators are that aluminium wheels run cooler than steel so there is less tyre degradation. Furthermore, brakes last longer in a cooler environment.

We then heard from two speakers about safety and security. The first speaker was Balvinder Chana who spoke about his company’s CCTV products and their use in transport situations. He was followed by Dora Ramazzotti of SRM Bologna, the public transport authority for the city region of Bologna.

We heard about two projects that had been funded by the EU namely P.REACT and EUSTO (they do love their project names in the EU!). The latter project was supposed to be sharing information between operators, authorities, police and security services but it failed due to the restrictions on data interchanges within the secure service environment.

The next session was looking at mobile ticketing and this was opened by Giles Fearnly, MD at First Bus, who took us through how First had developed their offerings. He also told us about an experiment First had carried out in Bristol, which you can see here. This showed that m-tickets offered far superior boarding times compared to using cash.

This also led to First talking to passengers and finding that infrequent bus users did not want weekly or daily tickets and so they introduced five-trip tickets which has met the demands of those passengers. Another novel feature is that parents can purchase bus tickets online and send details to their child’s smartphone allowing them to get home without the need to have cash or pre-paid tickets.

Giles was followed by Richard Moore from Rambus who explained HCE (Host Card Emulation) ticketing to us. I will not detail what he said as I am not sure I fully understood everything he said but, in general, it means that you can use a mobile to select, download and use a ticket at anytime and anywhere.

Finally in this session Adrian Kelly’s presentation was given by his MD as he was not available and apparently alternatives to how we currently work are coming in the shape of messaging bots, which are some sort of technical wonders. However, transport has not yet picked this technology up and taken it forward. 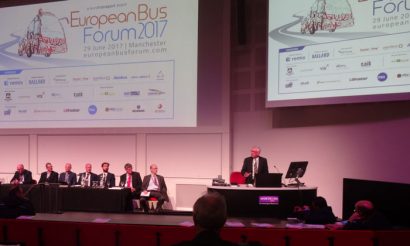 After coffee we then moved to the final talks, which were two more panel sessions – one on bus’s crucial role in a fairer and more prosperous society and the other on Mobility as a Service (MAAS). Discussions were wide and varied, showing how transport can react to passenger needs in both the short, medium and longer terms.

In addition, MAAS is making the industry change in that more data (BIG data – is there a small and medium data out there as well?) will make operators have to adapt and more than likely co-operate with providers such as Uber and local taxi firms and so with that, the conference ended on a positive note on the future and ever-changing world of bus and public transport.