On the right track: the future of Australian and New Zealand transport infrastructure

By 2050 70% of the world’s population is expected to live in urban environments – up from an average of 50% today. Australia and New Zealand are ahead of the curve in this respect, with close to 90% of the population currently living in urbanised areas. For Intelligent Transport, Yasha Vojdani, Interim Executive Director and Angé Anczewska, Manager of Development and Engagement at UITP Australia New Zealand (UITPANZ), provide details of current major public transport infrastructure projects across the region. These investments demonstrate commitment by Federal, State and Local governments to developing urban infrastructure for a growing and highly urbanised population, and highlight that effective public transport infrastructure networks are vital for the future growth, efficiency and productivity of cities. 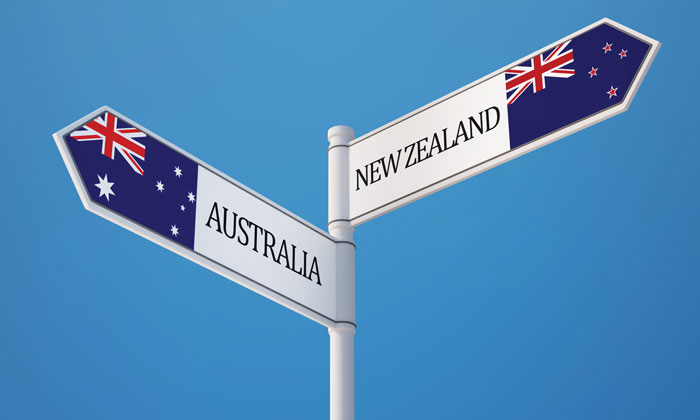 Unlike other major cities around the world, Australia and New Zealand have the luxury of space and, as such, our cities have tended to develop over larger geographies, resulting in lower population densities. This type of topography creates challenges for public transport planning and delivery as less-efficient transport outcomes are typically achieved when compared with higher density geographies. For example, as a population we are highly reliant on our cars and, on average, our urban population will only take one public transport trip for every 10 urban private car trips.

The urban landscape in Australia and New Zealand is changing

With high levels of population growth focussed on our metropolitan and urbanised areas, the public transport and road networks are starting to reach and, in some cases, exceed capacity during peak periods. Infrastructure Australia – the Federal Government’s independent infrastructure advisory body – has estimated that the economic cost of congestion in Australian cities will increase three-fold over the next 15 years.

An effective public transport infrastructure network is crucial to ensure that our cities are fit for growth and that the efficiency and productivity of our cities are maintained.

Federal, State and Local Governments have all stepped-up to the challenge. To ensure our cities retain their statuses of being some of ‘the best places in the world to live’, significant investments in urban transport infrastructure have been committed that are focussed on growing transport networks and improving existing levels of service and quality.

ANZ is currently experiencing a once-in-a-generation transformation across its cities with respect to transport infrastructure. Roads are being ripped up to pave the way for light-rail projects across the country; huge tunnel-boring machines are churning through the Earth’s crust to create brand new subterranean transport routes; and transport fleets and rolling stock are also being expanded and modernised. In addition, government agencies are embracing new technologies and innovations in this sector.

With a strong and growing pipeline of projects in the planning phase, this is, by no means, the final stop in our journey.

To follow, in this article, are just a few of many examples of how we are transforming the public transport infrastructure across the region.

Sydney Metro1 is one of Australia’s largest public transport projects. This new standalone railway will deliver 31 metro stations and more than 65km of new metro rail. Expected project costs are $12 billion and the first stage of Sydney Metro will deliver the first fully-automated metro rail system in Australia. Sydney Metro City & Southwest is the second stage.

The Melbourne Metro Tunnel2 is one of the largest public transport projects ever undertaken in Australia and the first major investment in Melbourne’s CBD rail capacity since the City Loop was completed 30 years ago. The project has a value of $10.9 billion and will create a new end-to-end rail line from Sunbury in the west to Cranbourne/ Pakenham in the south-east, with high capacity metropolitan trains and five new underground stations.

A 10.2km-long link from Dutton Park to Bowen Hills – with 5.9km of tunnel under the Brisbane River and CBD – Cross River Rail will connect to both northern and southern rail networks from day one of operations, providing significant benefits to commuters from both directions. This second rail river crossing will ease congestion, improve network reliability and increase accessibility to the Brisbane CBD, allowing more people to travel longer distances, with shorter journey times.

The Moreton Bay Rail Link will provide a focal point for the local community and will include a number of features including 22 bridge structures, new rail stations, 3,000 car parks, stabling and train crew facilities and a 3m-wide shared path for cyclists and pedestrians across the entire route.

Perth City Link5 is a collaborative project funded by three tiers of government and led by the Metropolitan Redevelopment Authority (MRA) and the Public Transport Authority (PTA). The transport project is being delivered in two stages: Rail (2011-2013) and Bus (2014-2016).

The project area is a live operating rail environment. Works are being scheduled to minimise disruption to train services and to people moving in and around the project area. The rail project area is 1.2km-long. Sinking the two remaining (Fremantle Railway) lines between the Horseshoe Bridge and Milligan Street, in conjunction with construction of a new underground Wellington Street Bus Station, will connect Perth’s Northbridge District with its main city retail and business area. It will also enhance the vitality of the area by optimising integration of the busiest public transport HUB within the metropolitan area and its surroundings.

Forrestfield-Airport Link6 is a new train line that will connect Forrestfield to the city, opening up Perth’s eastern suburbs to the rail network for the first time. The rail link will connect with the existing Midland line near Bayswater Station and will run to Forrestfield through underground tunnels to ensure minimal impact on the existing land and road network.

The City Rail Link7 is a rail project that consists of an electrified, doubletrack rail tunnel underneath Auckland’s city centre, running for approximately 3.5km between Britomart Transport Centre and the Western Line, connecting just west of Mount Eden Railway Station. Two underground stations will be provided in Auckland’s CBD: Aotea Station (located near Aotea Square) and Karangahape Station (located in the vicinity of Karangahape Road).

The CBD and South East Light Rail8 will be running from Circular Quay at the northern end of the Central Business District to the south-eastern suburbs of Randwick and Kingsford. The line will be part of Sydney’s light-rail network. Major construction commenced in October 2015 and the project is managed by Transport for NSW, a statutory authority of the New South Wales Government. Construction, operation and maintenance of the line are contracted to the ALTRAC Light Rail consortium.

With operations to commence in 2019, light-rail will run from City to Gungahlin, along Northbourne Avenue and Flemington Road, delivering high quality, reliable and frequent public transport along one of Canberra’s busiest corridors. The 12km-long route will offer six-minute peak service (10-15 minute off peak), 13 stops, and 14 light-rail vehicles with a capacity of more than 200 people.

The NSW Government is delivering a programme of service and infrastructure improvements to deliver a new B-Line11 bus service. The new service is scheduled to start operating in late-2017. The B-Line will provide more frequent and reliable services for customers travelling between the Northern Beaches and the Sydney CBD.

The first stage of upgrading the Sydney Ferries’ fleet12 is an investment in six new ferries, with the first vessel due to be on the water in late- 2016. The rest will be delivered progressively throughout 2017. Following an open tender process that attracted international bids, Australian shipbuilder, Incat Tasmania Pty Ltd, has been awarded the contract to prepare detailed designs and build the new ferries. Incat is based in Hobart and renowned internationally for high quality environmentally-friendly and efficient vessels.

Yasha Vojdani leads the UITP’s activities in Australia and New Zealand. Prior to joining UITP he was a transport sector consultant and has experience working across European and Australasian transport markets.

Angé Anczewska is a trained lawyer and is responsible for managing engagement with UITP members in the ANZ region. Prior to UITP she worked at the Australasian Railway Association.