Where next for open transport data in Europe?

Posted: 19 October 2016 | Jonathan Raper, Board Member of the UK’s Department for Transport Transparency Board and CEO of TransportAPI | No comments yet

As transport data is consistently the most highly requested type of open data, here Jonathan Raper, Board Member of the UK’s Department for Transport Transparency Board and CEO of TransportAPI, focuses on the progress that has been made in releasing open transport data in Europe and where the challenges to further progress lie. 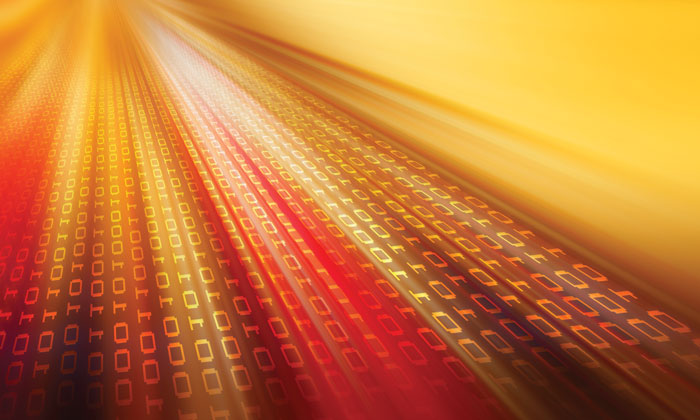 The open data movement has gained significant traction around the world since public sector information re-use initiatives were revitalised by the open source movement in the middle of the last decade. Governments saw an opportunity to re-connect with electorates through transparency initiatives such as the data.gov website established by the Obama administration in 2009. In 2011 a group of eight governments founded the Open Government Partnership (OGP)2 and committed themselves to ‘pro-actively provide high-value information, including raw data, in a timely manner, in formats that the public can easily locate, understand and use, and in formats that facilitate reuse’ (OGP Declaration). The EU created the EU Open Data Portal3 in 2012 to release data held by EU institutions and has also driven data releases through Directives such as INSPIRE for environmental data. In 2013 the G8 nations signed the Open Data Charter including an expectation that all government data would be published openly by default. The Global Open Data Index4 created by the Open Knowledge Foundation tracks progress in the releases of open data around the world.

The status of open transport data releases in Europe needs to be considered at both national and European level to establish the overall picture. At national level there are significant differences across Europe: the UK, Sweden, Finland and France have released significant amounts of open transport data. However, a number of European governments including Germany, Belgium, Austria, Switzerland, Poland and Portugal are not members of the OGP and appear to lack national level commitment to open data, even though some cities such as Berlin (see Figure 2) and Vienna have opened transport data locally. At EU level the Intelligent Transport Systems (ITS) Directive has addressed the release of open transport data across the Union, but with limited outcomes so far. 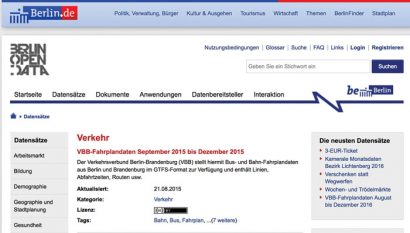 To assess existing achievements and the challenges to further progress firstly requires a look at the policy drivers in key European states and at EU level. There are three significant policy drivers for the releases of open data:

These policy drivers have different levels of importance for each government depending on cultural and political conditions. Some European governments do not have a political culture of transparency; have small service sectors for data processing; and do not operate on open source principles. In these states open data releases have been limited as the policy drivers are weak, and transport data releases have been limited; for example, Portugal – which is 54th on the current Global Open Data Index. Where these three policy drivers are each strong, there have been significant open data releases. A good example is in the UK, where virtually all transport data has been released publicly and there is a Transparency Board for Transport7 to supervise and promote further releases of transport data.

A second consideration for many governments is the cost of releasing open data. The operating assumption behind the G8 Open Data Charter and EU COM/2011/0882 is that government is now conducted digitally and the marginal cost of data release is close to zero. The reality is more complex and it depends on how the data is collected and managed as to the real marginal cost of distribution. The starting point for an analysis of open data costs should be each government’s Public Task8 as this is the ‘information that a public sector body must produce, collect or provide to fulfil its core role and functions’. It should not matter whether this data is collected by the government itself or through a private sector contractor. In both of these cases taxation is paying for a core government function that produces data, and governments should always own the rights to re-distribute this data.

For data that changes periodically, i.e. no more than daily, and that is part of the public task, the marginal costs of distribution through a portal such as data.gouv.fr9 should be very small. There may be one-off start-up costs, but in principle the data collection process should be designed to produce the data automatically. Transport data that should be covered by this low marginal cost distribution should include road networks, stop/station locations, service timetables and fares information. For dynamic live data such as live departures and traffic speeds, there are costs to operate a distribution model, and these divide into scalable and non-scalable approaches. Many sources of live transport data are provisioned with a capacity that is only sufficient for the public task. Using a non-scalable distribution model means adding capacity sufficient to handle all end user requests and this can have significant cost, as each additional user means more cost for the government. Transport for London (TfL) operates this kind of model for access to live departures and journey planning and they have committed a budget for this data access under their customer service budget line. Scalable distribution involves transferring a complete copy of the live data through a streaming service so that a data aggregator can take the responsibility for handling the end user enquiries. Many bus companies in Europe offer access to their live departure SIRI streaming feeds; for example, in Tampere, Finland10. Releasing dynamic and live transport data has a cost and, thus, becomes a public expenditure issue, although the unlimited potential costs from end users can be mitigated by scalable distribution through aggregators.

A third consideration around the release of open data concerns the potential demand for the use of the data. It has been argued by some public bodies appearing at the UK Transparency Board for Transport that even if there is a policy driver; an agreed public task producing data; and low marginal costs of redistribution; there still should be no release of open data as there might be no demand for it. This is essentially a circular argument as data users and aggregators cannot demonstrative productive uses if there is no data to re-use. If there are economic drivers for open data release, as in the EU Open Data policy (COM/2011/0882), the release of data should be regarded as an investment in growth by opening up access to the value encoded in the data. The Open Data Institute has documented the evidence for the public benefit from open data11 showing, for example, that by 2020 the use of open data will have reduced public administration costs across the EU28+ by €1.7 billion, according to Capgemini.

A final consideration around the release of open data concerns specific barriers that exist to data distribution. Privacy is one often cited barrier to the release of open data, and this can be a concern in transport where transaction data can track the individual or log their intentions e.g. in journey planning requests. However, this concern should not be used as a generalised reason to withhold data from release. Data protection legislation in Europe contains provisions that require any processor of data to be registered and to protect personal information, so this should not be an obstacle for open data release, per se.

Another obstacle to open data releases, especially in transport, emerges from the role of the private sector in delivering some government services. Where transport services are contracted out to the private sector by government, the intellectual property rights to the data often belong to the private sector so it cannot be released as open data. If the private transport operator is a monopoly provider it is often motivated to organise its own value-added for-profit data distribution model. In the 2015 EU Commission consultation report on the ‘ITS Directive, Priority Action A: The Provision of EU-wide Multimodal Travel Information Services’12, it was reported on page 72 that ‘private sector transport operators (in rail) are concerned about losing direct control of their data’ if open data releases are mandated. However, where monopolies are created or sustained by public policy there should be additional accountability to the public through open data, and government should acquire rights to the data by regulation or at contract renewal.

The current state of open transport data releases in Europe reflects the national policy drivers, perceived and actual costs of distribution, demand for the data, privacy concerns and commercial arrangements around the data. However, where the national situation produces no open transport data releases there are several societal consequences: lower innovation; lack of accountability; loss of growth opportunities through re-use; and it is usually possible to achieve these benefits without any losses for the data creators. The EU Commission has the best opportunity to break through this impasse through concerted action under the ITS Directive. However, this will require the Commission to assert the primacy of growth and innovation over the rights of commercial providers and government data owners to maximise the value from open transport data. 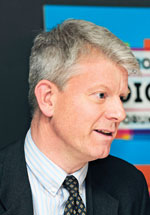 Jonathan Raper is CEO of TransportAPI1 – Britain’s leading provider of transport data-as-a-service. TransportAPI offers a RESTful API for most of Britain’s transport system and a digital platform for apps and services. TransportAPI’s solutions power transport operator sites such as First Group and Ford Mobility, as well as services such as ELGIN’s roadworks.org portal and Heathrow Airport’s public transport services for web and apps. Jonathan has led TransportAPI from start-up, through residency at the UK government’s Open Data Institute and into a rapid growth scale-up stage employing 13 people. He is a Visiting Professor at City University London, sits on the UK Department for Transport (DfT) Transparency Board and the ICT Knowledge Transfer Network Industrial Advisory Board.