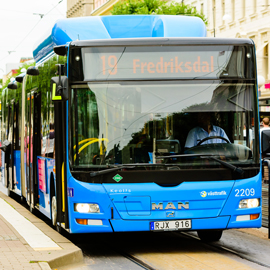 Since my December 2016 blog on alternative fuels, I have been giving this subject a lot of thought especially as I have recently been at meetings with a wide selection of partners from all over Europe talking about sustainable mobility.

The big push at the moment is to get rid of diesel powered vehicles and replace them with ones powered by whatever is available; in fact sometimes I think people want them to be powered by fairy dust!! What is becoming apparent though is that the pollution in our cities is now reaching critical levels and we have to do something, what is not yet fully clear but, the diesel is seen as the biggest polluter. I wholeheartedly support reduction of pollution in cities and elsewhere but, whatever we choose has to be efficient and sustainable over the short, medium and longer term scales.

The favourite choice of everyone at the moment seems to be battery power, no problem, I trialled some of the early battery electric buses back around 40 years ago and, I have to say that the technology still has not moved on very far in all that time. In fact we are still in the dark ages when it comes to batteries as we rely on the heavier lead acid standards to keep vehicles moving where heavy loads are involved. Some of the newer battery configurations do look to be better than the old standard but, when you look at mobile phones even the most exotic mixes can go seriously wrong. Just look at Samsung’s S7 phone that had to be removed from sale due to the high number of fires they experienced and now they are banned from all aircraft worldwide if you are daft enough to still carry one.

One big problem with the new batteries that are being trialled is that they use up a lot of the Earth’s rare metals and cause a lot of pollution at the source of the minerals and are difficult to extract once they have been combined into exotic alloys. Then there are the energy uses to extract, refine, manufacture and if possible recycle the used materials, if they can be recycled at all! All we are doing in these cases is depleting the earth’s resources and causing ourselves different problems but, at least we will not notice that in cities, it will be someone else’s problem, probably in a foreign land, a classic case of NIMBYism.

The current battery of choice for many commercial vehicle users is the Lithium-Ion one that is increasingly being used worldwide. However, BYD of China has chosen to produce an Iron-phosphate battery which they claim is a better choice and gives a far longer useful life cycle, claiming up to 250Km of in-service life per day! That is not a lot of mileage when you are trying to work vehicles for perhaps 16-18 hours per day to get the maximum out of your investment.

Now let’s take a look at the thorny issue of where does the electricity actually come from, to you and I it magically appears down a wire from somewhere remote and lets us do what we want to do in our homes, offices and depots. Whilst this seems reasonable we are now being told that complying with EU regulations we are losing more and more power stations and new ones are just not being built in sufficient quantity or time and we have had warnings from various sources that the UK could face serious power shortages over a harsh winter (luckily not this year so far). So we now have a finite resource that is going to come under increasing pressure to deliver sufficient power to charge all of those cars, vans, truck and buses that we have all purchased to reduce city pollution, great you might think but, add in the high level of personal use during the evening period and the need to generate lots more power from reducing numbers of power stations and we are going to accelerate power outages at an alarming rate. Now, what is the solution, well let’s just build more power stations, great but, have you tried to negotiate the UK’s planning framework for major projects and the flat earth society et al. who believe that we should be living as though we are in the 17th Century or do not want a power station on their doorstep and you are looking at a 20-30 year time frame to build a new station. 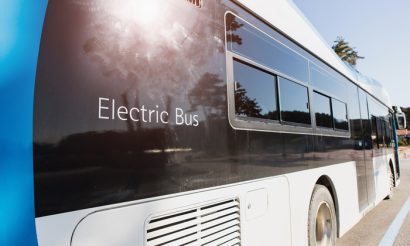 Then if we do decide to build a new power source will it be nuclear, wind power or solar? Silly me, it cannot be wind power because everyone says that they are unsightly things, make a dreadful noise and chop birds into little pieces so that is out. Solar is also frowned upon as the “luvvies” out in the leafy suburbs and countryside don’t like all of those panels on farm land where they expect to see animals, so that is out and nuclear is still mistrusted by most people after Chernobyl, Seven Mile Island and Fukushima nuclear accidents. So what are we left with? Coal, oil and gas – slight problem there then, we have no coal mines left in the UK and so we either need to import coal or re-open mines, which will probably not be allowed as coal is a high level pollutant. So its oil and gas then – one slight problem, North Sea gas is running out so we will probably need to import that as well and oil, well who knows what is happening there. The amount of oil reserves is unknown and the price is subject to severe volatility depending on world political and economic situations.

What else can we use to power vehicles, well there is Hydrogen but this gas can only be secured by using more energy to break it out from natural gas than it gives back, so we can get a lower polluting fuel but need to use electricity at high rates to get it, and our electricity is becoming increasingly rare. One new method of producing hydrogen has been found by scientists have following a breakthrough allowing ethanol; which comes from the fermentation of crops; to be completely converted to hydrogen and carbon dioxide for the first time.

The new method is the result of a 10 year collaboration project between scientists from the University of Aberdeen alongside international partner laboratories. Over 90 percent of the hydrogen currently generated across the globe is made using natural gas found in fossils fuels. The main concern with this method is the generation of large amounts of carbon dioxide increasing the risk of global warming.

We could also use bio-methane but, at the moment I do not believe that there sufficient available to meet everyday fuel needs. A new gas system coming into view is that of a diesel/liquid nitrogen mix. The vehicle utilises the liquid nitrogen when pulling away from stops, where conventional buses emit the most NOx and CO2. At speeds under 20mph, liquid nitrogen will be drawn from a low-pressure insulated storage tank and goes through an evaporation cycle, and drives via a multi-cycle Dearman engine. The Dearman engine is a novel piston engine driven by the expansion of liquid nitrogen or liquid air, to produce clean cold and power.

So why are we getting rid of diesel when we know its value and usability in transport operations. A recent report issued by the International Council on Clean Transportation has shown that Euro 6 diesel engine buses and trucks have an in-service NOx output significantly below that of diesel cars – in fact 50 percent when compared to cars but the CO2 is significantly higher due to the heavier loads these vehicles are moving.

As an engineer you will probably say that I am a dinosaur wedded to the technologies of yesterday but, I will say that I fully support new fuels for vehicles but they must be cost-effective and sustainable in the long run. We cannot get into a situation where Government policy encouraged car drivers to buy diesel powered cars and then turned round and say that they were causing the city centre pollution.