Posted: 7 July 2016 | Jennie Martin, Secretary General of ITS UK | No comments yet 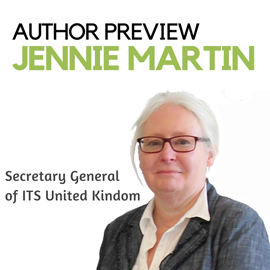 Intelligent Transport Systems (ITS) contribute much to the efficient operation of public transport services and to the convenience and support of those who use these.  Like all other aspects of ITS, from freight fleet management systems to automated cars, the contribution evolves and increases all the time.  It is not so long ago that smart card ticketing and at-stop visual real time information was cutting edge technology.

The latest developments in ITS for public transport in cities, support operators and travellers by making services ever easier to operate and use.  Payment methods such as mobile phone or bank cards are starting to supersede the by now “traditional” smartcards, and the exciting discussions around Mobility as a Service (MaaS) envisage even easier payment by bundling services and allowing travellers to subscribe to a mobility service package from a MaaS provider who may be a transport operator or a city transport authority, but may also be a specialised service provider creating bespoke services.  A MaaS package may include taxi journeys, bike hire, car hire and even flights, alongside buses and trains.  Perhaps the most exciting thing about the MaaS proposition is not the technology which makes it possible or the step change in providing convenience and access to the travelling public; rather it is the new approach to ownership of means of transport.  The MaaS subscriber has little need to own cars, bicycles or traditional season tickets.  MaaS is no longer a theoretical concept for ITS conferences and working groups – a MaaS service recently went live in Finland.

Developments in the area of automated transport have aroused a lot of interest over the past few years and will also impact public transport.  At the ITS World Congress 2015 in Bordeaux, delegates could use a driverless vehicle similar to a traditional mini bus in size.  The vehicle travelled both on a pathway shared with pedestrians, and on the public highway where it had to interact with cars, lorries and traditional buses.  Needless to say the four days of operation went off without incident and the vehicles were very popular with delegates.  Something similar will be operating on the Greenwich Peninsula in south-east London as part of the Innovate UK-funded GATEway project headed by TRL.  Another version of the same approach are the small automated pods already in use on a guided, segregated track at Heathrow Terminal 5 with another version soon to be seen using the pavements of Milton Keynes which will be a lot more challenging but which trials have already proven is perfectly feasible.

UK Government is backing automated vehicle technology and implementation with the aim of the UK becoming an international testbed for these developments.  Trials are underway or proposed for different types of these vehicles and services at various locations and involving cross discipline teams with ITS experts working with robotics, insurance, legal, human behaviour etc. colleagues.  The eventual impacts on how we provide and use public transport in cities are likely to be huge, not least in the areas of employment, fleet safety and liability issues.

Real time information provided by operators to travellers is also undergoing big changes.  The days when an at-stop digital display was a novelty and automated audio-announcements on-vehicle were worthy of remark are definitely behind us.  Increasingly, travel information is now delivered via the social media which provide most of the information today’s citizens consume.  Transport for London (TfL) are collaborating with Twitter on information feeds, which builds on the fact that for a year or two, many Londoners have crowdsourced their information regarding TfL services  rather than getting it direct from TfL itself. The main issue with social media based travel information is sorting the facts from the exaggerations and rants, and the active participation of service providers will help those who want the information rather than to join in a conversation.

By Jennie Martin, Secretary General of ITS UK