Stagecoach Group, a leading international public transport group focused on bus, coach, train and tram operations, has recently announced a major boost for British manufacturing as it unveiled record orders worth over £100 million in hundreds of new buses and coaches for operation throughout the UK. 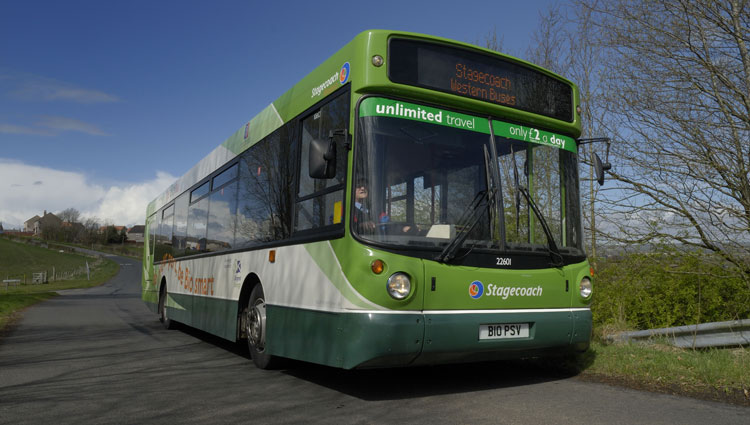 As one of the UK’s biggest public transport operators with around 8,000 buses and coaches, Stagecoach transports approximately 2.5 million passengers on Stagecoach’s buses every day on a network that stretches from south-west England to the Highlands and Islands of Scotland. The Group’s business includes key city bus operations in London, Liverpool, Newcastle, Hull, Manchester, Oxford, Sheffield and Cambridge. And Stagecoach’s low-cost coach service, megabus.com, operates between around 60 towns and cities across the UK.

Stagecoach Group operates under a number of key values and is focused on growing its transport operations whilst at the same time improving its performance. This latest order for almost 570 vehicles for the 2014-2015 financial year is proof of the operators’ commitment to its beliefs.

This is the largest set of orders ever placed by Stagecoach and is also understood to be the biggest placed by any bus operator in Britain. It takes Stagecoach Group’s total orders of new buses and coaches for its regional bus operations in the UK to approximately £545 million over the last seven years. The Group has also ordered more than £100 million of new vehicles for its London bus operations since buying the business in 2010.

The new vehicles will benefit communities in regions across England, Scotland and Wales, with the vast majority of the new buses and coaches being produced in the UK. The investment will give support to hundreds of British manufacturing jobs and smaller businesses in the supply chain who produce and supply key vehicle components from drivers’ seats, toilets and CCTV equipment, to wheelchair lifts and real-time passenger information displays.

Stagecoach Group Chief Executive, Martin Griffiths, said: “This record investment is a major boost for UK jobs in manufacturing and many other smaller businesses in the supply chain. It is also a huge vote of confidence in the future of bus and coach travel in Britain. By investing in quality and continuing to offer the best value travel of any major operator in the UK, we can help people save money, rely less on their cars and use a greener way to access work, health, education and leisure.”

Stagecoach Group is particularly keen in contributing to protecting the environment and is committed to doing what it can to encourage people to reduce private car use and get on-board smarter and greener public transport.

To back-up the company’s commitment in this area, on visiting the Stagecoach website users are greeted with the following opening statement: ‘Driving Sustainable Growth: We are a leading quality public transport provider in the UK and North America. More than three million customers a day trust our greener, smarter and better value bus and rail services – and we are continuing to grow’. 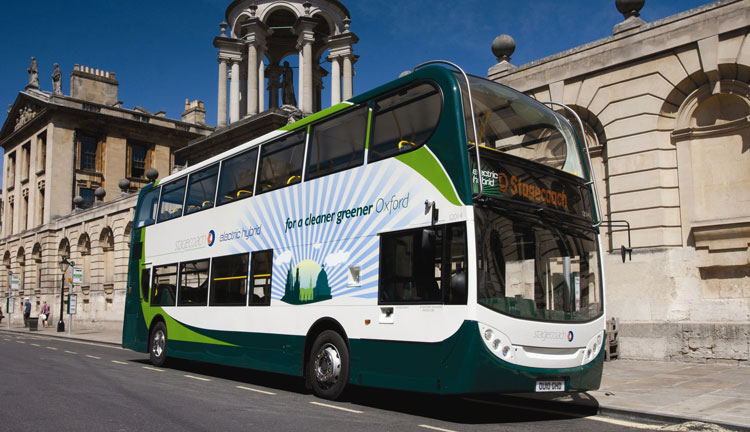 A Stagecoach hybrid bus in Oxford.

The vehicles: where and what? 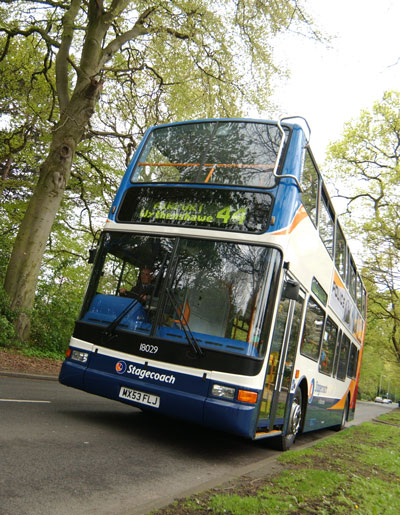 More than £81 million is being invested in 495 new vehicles to go into service in local communities outside London, across Scotland, England and Wales. In addition, a £21 million fleet of 70 state-of-the-art hybrid buses will be introduced to the Group’s London operations.

There will be more than 420 low-floor double-decker, single-decker, midi- and mini-buses for Stagecoach regional bus networks in the UK. These include a fleet of 29 next-generation model double-deck vehicles for Manchester services and 38 new Gold specification vehicles to go into service across the UK. A special consignment of 26 state-of-the-art double-deck coaches will replace the entire existing Oxford Tube fleet, while 72 cleaner, greener hybrid vehicles will go into operation in London. A further 23 eco-friendly gas buses for the company’s operations in Sunderland will be deployed, plus a total of 17 new coaches for megabus.com in the UK and Europe as well as inter-urban bus routes in the UK and a further three megabusGold.com sleepercoach vehicles.

Breakdown details of the new orders for UK regional operations include:

Details of the new orders for London operations include:

Concerning the vehicle component suppliers, these will include:

Furthering the company’s commitment to invest and grow, Stagecoach announced at the end of March 2014 that it has placed a further order for new hybrid buses for operation in Tayside, Scotland.

The order – for 18 Volvo B5LH ADL bodied hybrids – represents a Stagecoach investment of around £3.8 million with a further £1.4 million coming from the Scottish Government’s Green Bus Fund.

The new vehicles – which produce up to 30% less emissions than standard vehicles – will go into service in Tayside on the Tayway 73 service which links Ninewells Hospital, Dundee, Broughty Ferry and Arbroath.

Stagecoach West Scotland has a fleet of nine vehicles which run on 100% biofuel and Stagecoach North Scotland operates 13 hybrid vehicles in Aberdeen and, along with local partners, is to play a key role in the introduction of 10 hydrogen-powered buses in Aberdeen during 2014.

Stagecoach UK Bus Regional Director for Scotland Sam Greer said: “…we’re pleased to be introducing these new vehicles for passengers in Tayside. Sustainability is at the heart of our business and we believe that, by investing in new cleaner, greener vehicles we can continue to attract more people on to our bus services to help reduce pollution and congestion in our towns and cities.”

So, with these huge investments in more eco-friendly vehicles, Stagecoach is not only helping to drive forward the UK bus manufacturing and component industry, but they are showcasing their commitment to helping reduce air pollution right across the country, and Eurotransport firmly supports Stagecoach in their efforts.