Foreword: The KCEFM – your contact for eTicketing in North Rhine-Westphalia

The advent of new technologies in conjunction with changing mobility needs and safety conditions in public transport has brought new challenges in its wake which, based on their significance, require national coordination at an expert level as well as input from the state of North Rhine-Westphalia (NRW)…

This is the underlying concept of five Competence centres (CC) which were created by the state of NRW. One of them is the Competence centre for Electronic Fare Management (KCEFM), which acts as a consultancy and service provider for client bodies and public transport operators in North Rhine-Westphalia. The KCEFM is integrated into the administrative structures of the transport association of the Rhine-Ruhr area (VRR). Hence, it benefits from the joint expertise of the public transport association and its transport operators which service this area. This will allow us to process national projects by pooling our know-how.

The KCEFM, which was founded in 2002, has been commissioned by the state of North Rhine-Westphalia with the co-ordination of the state-wide electronic ticketing project.

The key role of the KCEFM is to support the introduction of electronic fare management systems on a state-wide level. As such, the centre acts as a consultant and project manager for transport companies and PTAs, in addition to assisting industry partners. One such example is a recent project with the Public Transport Association, VRR, where the KCEFM assists the VRR in setting-up an electronic fare management, level 3 (EFM3), by carrying out a feasibility study.

The KCEFM is always on top of new technical developments in the industry, testing their practical application in pilot projects and assisting its project partners with its technical expertise. In order for the NRW transport companies to be able to check the validity of every single eTicket, the KCEFM is in the process of co-ordinating the setting-up of a controlling infrastructure, which acts as the Central Office for barring tickets from use.

In conjunction with the Competence centre Marketing, which is located in the premises of the PTA Rhein-Sieg, the KCEFM develops new pricing structures for eTickets as well as new sales channels for an NRW-wide tariff, in addition to supporting their introduction.

Its work is not limited by the boundaries of the German state NRW. The KCEFM is also a party to the standardisation of the electronic fare management across the whole of Germany by contributing to the VDV-core applications and the introduction of the (((eTicket Germany. 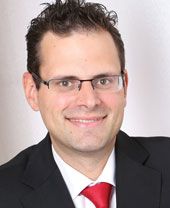