Alternative power, alternative future: A look at the state of e-mobility

Intelligent Transport’s Luke Antoniou assesses the state of play in e-mobility and beyond, focusing on the vehicles, infrastructure and policy that will deliver a greener future. 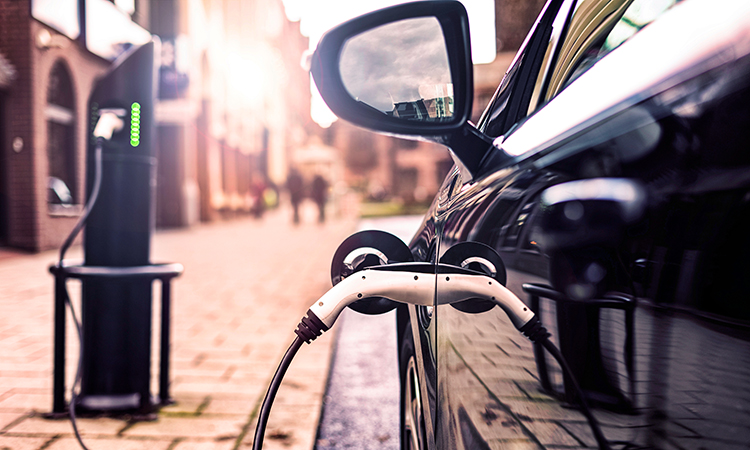 In 2021, the opportunity to make great strides towards more sustainable transport networks is there for the taking in a way that it rarely has been before.

In cities around the world, the COVID-19 pandemic has shown society what a future with less congestion, fewer personally-owned cars and fewer emissions might look like – and the prognosis is positive.

As stringent climate action deadlines come into view, the obligation for the transport sector to drive change has never been more urgent, but as an increasingly tech-led market, there are a number of solutions seeking to make life simpler and more sustainable for operators, authorities and citizens alike.

The changing nature of vehicles

In recent years, the futuristic ideals of what electric vehicles might look like have transitioned from concept to reality, and we’re now beginning to see real-world use cases of these.

Speaking to UITP’s Arno Kerkhof in 2019 about the perceived “image problem” of the modern-day bus, he explained: “An electric bus still looks like a bus. There are some clever-looking external designs, but on the inside, you don’t see an upgrade on the interior design.

“There are still repetitive seats, bars, dark areas. Why would you have 30 seats all the same, row by row, instead of creating different areas?”

Today, this scenario is beginning to change, with changes in design beginning to play a much more active role in setting electric vehicles apart from their predecessors. In public transport, one of the leaders in this field is Arrival, whose focus is on the zero-emission bus as part of a wider integrated ecosystem. As with an increasing number of urban transport solutions, Arrival’s approach to vehicle design and manufacturing is modular, meaning vehicles can be adapted to meet the specific needs of operators and authorities.

These vehicles are designed to deliver more personable bus services to users, with LED screens that wrap around the interior to display seating and route information, a panoramic glass roof to make surroundings feel larger and allow for more natural lighting, and the ability to request stops and real-time updates via a smartphone.

Arrival’s first vehicles are set to take to UK roads in the Autumn of 2021, after the manufacturer entered into partnership with First Bus recently. First Bus has pledged to operate a zero-emissions fleet by 2035 and will stop purchasing diesel buses entirely after 2022, though it has already made excellent progress; the operator runs electric buses in Leeds, Glasgow, the country’s biggest electric Park&Ride fleet in York and a 99 strong fleet of biomethane buses in Bristol. It also introduced the world’s first double-deck hydrogen-powered bus into service recently in Aberdeen.

“We’re proud to be the first operator in the UK to trial Arrival’s electric buses and look forward to working together to accelerate the transition to zero emissions in our sector,” says Janette Bell, Managing Director of First Bus. “Their ground-breaking technology is also expected to allow for improved customer service, and we’re looking forward to seeing how customers react to the new buses when they’re trialled later this year.”

Bell’s opposite number at Arrival is also enthused about what the future holds, explaining: “Cities around the world are pledging their commitment to a zero-emission transportation future and Arrival is providing them with the ideal product to help them achieve that in the Arrival Bus. We are working in partnership with operators and cities globally to support improvements to public transportation networks whilst creating vehicles that can be tailored to local needs.” 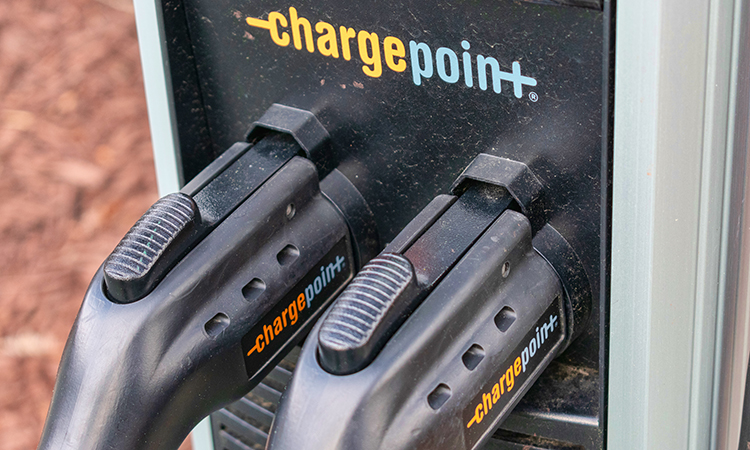 As vehicles change to adapt to the new requirements of users, operators and authorities, the supporting infrastructure also needs an increasingly urgent boost.

Sufficient charging infrastructure is rightly considered key to the mass adoption of electric vehicles in the coming years, but there are a number of different aspects to infrastructure management that need to be considered, not least the sheer number of chargers, power demand and supply, and access.

Charging networks have grown exponentially in recent years – as have the charging infrastructure and equipment markets. For evidence, we need only look as far back as the beginning of March 2021, when ChargePoint became the first publicly traded global EV charging network in the world, following its previous business combination with Switchback Energy Acquisition Corporation. ChargePoint’s President and CEO, Pasquale Romano, says that the company’s debut on the stock market demonstrates “the durability of this industry, supported by increasingly progressive climate policy, market preference for clean mobility and more new vehicle introductions than ever before.”

Elsewhere, in December 2020, the UK’s first ‘Electric Forecourt’ opened in Braintree, Essex, following work led by sustainable energy company GRIDSERVE. It is just one of more than 100 that the company is looking to build in the coming years to prepare for an EV-led future, and can charge 36 vehicles at a time – far greater capacity than is currently available elsewhere in the UK, where chargers at service stations remain limited in number.

The other aspect to infrastructure development that the industry can ill-afford to overlook is the need to connect it. Electric vehicle chargers that can also capture data at the kerbside have enormous potential to revolutionise our cities, make infrastructure smarter, and help cities and authorities to make smarter decisions about how to allocate space.

There are also considerations regarding energy supply and demand that must be accounted for. There has been much debate as to whether energy networks are prepared for the additional capacity required to fulfil the needs of a multitude of new electric vehicles, with on- and off-peak charging times considered key to finding the solutions. It’s something that Western Power Distribution’s Paul Jewell says electricity distribution network operators are very much prepared for:

“In regards to the impact of adoption on our networks over the next five to 10 years, we expect it and have built it into our modelling. Our current modelling runs us to approximately 217,000 chargers on our network by the end of 2023. We’ve picked that year because it’s the end of the price control for our regulated business,” Jewell explains. “When you get to 2028 or 2030 at the end of the next price control review, we’re looking at somewhere towards three million EVs. It’s certain that we’re beginning to see a big change. The numbers in our modelling mean that over the next five to 10 years, we will be upgrading the network to meet those demands. That’s our job; to predict the growth in electricity usage and build the network that suits it.”

The situation is changing rapidly for public transport operators, too, with depots being upgraded to support larger fleets of both battery electric and fuel-cell electric buses, depending on procurement. In 2018, RATP Dev announced it would open London’s first all-electric bus depot in Shepherd’s Bush – fast forward to the end of 2021, and the operator is projecting that 20 per cent of its entire fleet in London will be fully electric, with 13 routes serviced by four electric garages. 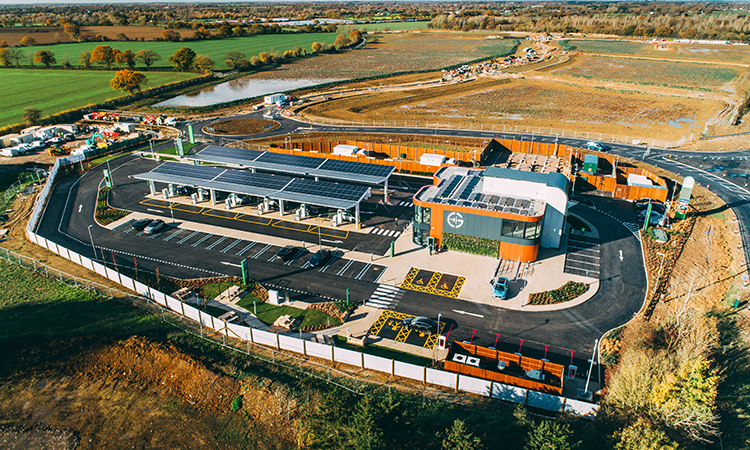 GRIDSERVE’s electric forecourt is located near Braintree, in Essex

With better infrastructure and vehicles available, the onus is on central governments to continue to drive sustainability initiatives around the world.

The UK’s ban on new petrol vehicles from 2030 – moved forward from 2035 in the wake of more urgent climate action warnings – is well‑documented at this point, but demonstrates the seriousness of the situation. Alongside this, the government has earmarked in the region of £3 billion to help support and encourage the switch to zero-emissions vehicles.

In the US, automakers, infrastructure suppliers, battery manufacturers and a host of other demographics are awaiting a broad push from newly-elected President Joe Biden to kick-start the EV revolution in earnest. In 2020, electric vehicles accounted for just two per cent of new vehicle sales in the United States, yet there are billions of dollars being raised by new automakers aiming to rival Tesla and charging network operators to capitalise on the opportunity when it arises.

During his campaign, Joe Biden discussed implementing more than 500,000 public EV chargers across the US – a figure that newly‑appointed Transport Secretary Pete Buttigieg echoed during his Senate confirmation hearing: “Industry is increasingly bringing EVs to the point they pencil out or represent cost savings to a consumer. The more that’s the case, the more the hesitation will be range anxiety, wondering whether you can get to where you’re going. That is why the President’s commitment to half a million charging stations is so important.”

The transport sector currently sits in between two polar opposites; it is both in the unenviable position of being historically one of the heaviest polluting industrial sectors, and needing to reverse that position in rapid time, but is also making a name for itself as one of the sectors most open to tech-led disruption in order to aid it in meeting that goal.

With new climate action goals being set and revised on a regular basis, the situation is fluid and will require a traditionally stoic industry to be far more dynamic and agile than it has ever been before. With policies and technologies that fit together logically, and that can be utilised to achieve a greater good, the future of transport looks greener – but whether it will be green enough remains to be seen. 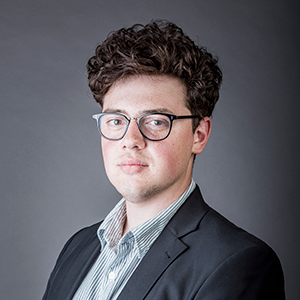