Ultra-fast charging batteries and the cure for EV charge anxiety

Doron Myersdorf, CEO of StoreDot, tells Intelligent Transport how a unique approach to battery technology could reduce EV charging times from a minimum of an hour today to a matter of minutes in just a few short years.

How much of a hurdle do you think slower charging has been to date in terms of EV adoption?

I think it’s the number one barrier today. It used to be cost, but we’re already seeing with the accelerated adoption that people can afford electric vehicles – especially when they consider cost of ownership.

It’s not just the speed of charging that creates a barrier and inconvenience, it’s also the availability of it, people’s proximity to, and mostly the psychology around it – this is where ‘range anxiety’ enters the equation. The notion that you can get stuck on the highway with no power is naturally scary to people. There is also maybe a new phenomenon that we’re calling ‘charging anxiety’, where drivers can actually reach a charging station without issue, but then face a long wait to be able to charge because there aren’t enough charging stations or there aren’t enough fast chargers.

Whatever the problem, it creates anxiety and that’s a huge barrier to EV adoption at the moment. People prefer to stick to the familiar, which is why our mission at StoreDot is to try to keep the driver experience exactly like re-fuelling a petrol or diesel vehicle.
How can ultra-fast charging batteries help with some of these issues, and how is range affected with this technology?
There are inherent trade-offs with EV batteries in general between energy density – which effects range – the lifecycle of the battery, and then the cost.

Ultra-fast charging batteries are manufactured using some materials that there aren’t an abundance of, meaning the batteries cannot be mass produced. By definition, that increases costs – even if that additional cost is just five or 10 per cent, it’s still there.
Trying to deliver five to 10-minute charging, offering the same range as is currently available and doing it at the lowest possible cost is a real challenge. We’re dealing with chemistry, and that means making some sacrifices along the way – unfortunately there is no magic bullet that solves everything.

What we have done in our batteries is eliminate the use of graphite in the anode, which basically determines the rate of charging. A few years ago, Samsung had huge issues with its Note 7 smartphones basically exploding in some instances because graphite is not designed for fast charging. Replacing graphite with metalloids, such as silicon, is a very serious and important transition in battery technology, and it’s designed to do one of two things: either improve energy density or leverage the capability of ion diffusion to improve charging times.

Tesla is using this process to provide additional energy, adding more and more silicon to the anode in order to improve the energy density. StoreDot is taking a different direction for ultra-fast charging. We can’t do both at the same time, so we are giving up some of the range – maybe 10-15 per cent – but we are giving it to you in five minutes. 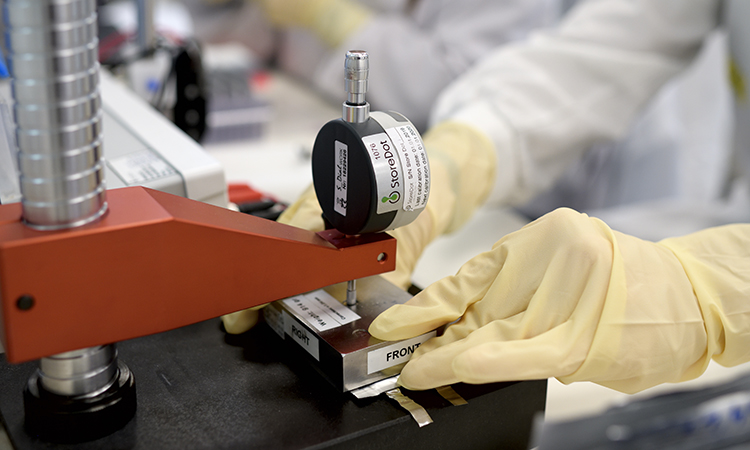 StoreDot plans to use silicon as a safer alternative to graphite. Credit: StoreDot

Is there another trade-off in terms of affordability and the cost of this new technology being passed on to consumers?

The most significant difference in these batteries is the silicon. Silicon is cheap and very readily available – it’s second in abundance only to oxygen on Earth. What’s difficult is that there still isn’t a high-quality supply chain for silicon for batteries, because we need it to be pure and consistent, and we need the particles in it to be a certain size and shape. For example, if we are using 500 nanometres of silicon, the cost for that is higher just because there is no supply chain in place.

We are on-track to launch samples of our EV batteries by the end of 2021, with full commercialisation of the technology expected in 2024-25. For the first couple of years we are most likely going to have to add 10-15 per cent to price. Over time as we scale, we should hit the same costs and the same cost curve reduction as we’ve seen with today’s EV batteries, because the supply chain should improve.
When do you anticipate charging technology and the infrastructure itself is going to be able to catch up with what you’re looking to produce in the next few years?

It’s a matter of governments and local authorities having to really start investing in a big way. In China, for example, we’ve been in discussions with the Beijing government, and they began investing billions into upgrading their grid three years ago. The power grids in our cities need to become smarter to be able to balance the demand and, especially during peak times, provide all drivers with the required service level. Most of the cost to the consumer comes during those peaks where there’s very high demand, but there are a number of strategies that could mitigate that.

One strategy is to use vehicle-to-grid (V2G) technology, where other vehicles can supply the grid in peak times if they’re connected and not in transit. Another strategy is to add a buffer at the charging station that would allow extra energy during peak times.
It’s about seeing the function of the investment from governments starting to come through in real-world applications, and it’s something we’re currently not seeing enough of. The UK has committed to stopping the sale of new petrol and diesel cars by 2030 – it’s possible, but only if there’s going to be very serious investment starting now. It takes several years to upgrade the grid, and that has to be done before you move onto the charging stations.

The charging station technology already exists; there are already 350 kilowatt stations – and for buses and trucks the capability is even higher than that. However, just because the technology is available doesn’t mean the strategy is in place to deploy it, and that now has to be formulated.

What is the competition like in this space at the moment, and who are you up against?

I would say all the large battery manufacturers are potential competitors; we have 120 scientists working on our solution, whereas they have thousands of engineers. Our differentiator is that, as a start-up, we are completely focused on ultra-fast charging as our primary goal. Our competitors, including the likes of Tesla, are trying to accommodate both better range and fast charging, but where better range is the number one goal. As I’ve already said, you cannot really achieve the leap to ultra-fast charging if you are trying to improve range at the same time.

Our technology – by design, by definition – makes this trade-off and makes ultra-fast charging the number one criteria. With this mindset and with this technological focus, we can deliver a revolution in charging speed. 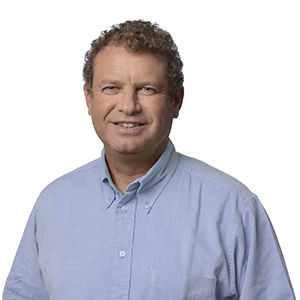