Vladimir Vorotovic, Senior Manager at ERTICO – ITS Europe, explains how MaaS can work and why it’s a much-needed upgrade on a transport system designed primarily for use in the 20th century. 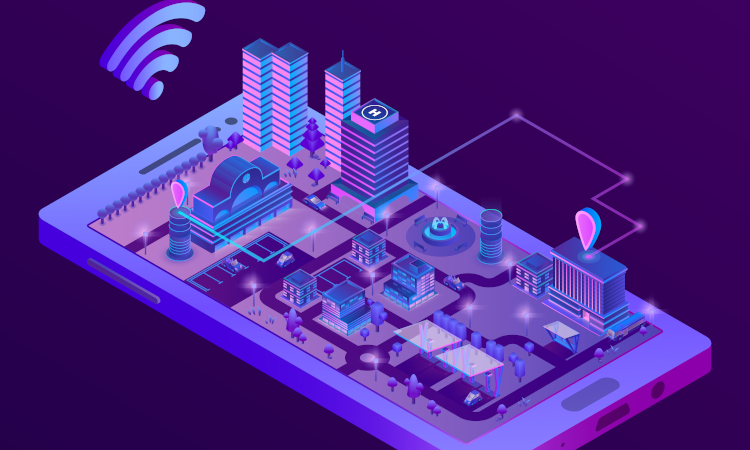 For most people in the transport industry in the past five years, MaaS would be a term mentioned jovially in a discussion, closely followed by a necessity to define what it means and what it will bring to the mobility system of a city, region or even a country. A hundred people asked the question might easily provide at least 90 different views, proposals and definitions of the modern transport system phenomenon. This is why the ERTICO-hosted platform MaaS Alliance, created in 2015, on the very first page of its website, presents a comprehensive definition explaining to all what MaaS is. The aim is to carry the discussion between interested professionals, with a common understanding of the well-known hyphenated acronym that has taken transport communities by storm.

The truth is, the MaaS phenomenon was a long-expected innovation in rethinking mobility in the (smart) cities of the 21st century. Today’s passenger – their needs, behaviours and priorities – are very different to the ones we know from the golden age of mid-twentieth century automotive industry, when most current road and public transport systems were designed and deployed.

Often, we hear that MaaS can be set up, strive and survive only in an integrated framework whereby a number of pillars/players come together aimed at the common goal of being a working, sustainable and profitable transport solution. This framework is sometimes called the MaaS ecosystem, as it has still an undefined number of entities and it can’t be easily positioned and angled, or at least the industry and its jury, are still out on that topic. It’s also our preference to call it an ecosystem, as it favours a free number of degrees of transport providers that are still being worked out in an agile way as we cover more and more ground in defining the details of operating MaaS. The next obvious question is – what or who does MaaS as an ecosystem entail? What are its elements and how are they interlinked? What are the pillars and who are the players?

The legacy of 20th century transport systems needs a new life, but based on good and valid existing principles, just upgraded to its next generation release”

Let’s start with the existing city (and rural and inter-urban) environments. The backbone of any successful mass transit solution is open, relatively affordable and safe public transport – ideally with an integrated ticketing system. The legacy of 20th century transport systems needs a new life, but based on good and valid existing principles, just upgraded to its next generation release. Thus, MaaS is the upgrade, that complements, and does not compete with the public transport system of a city, region or a country. It is a much needed upgrade that has dramatically changed in the last 20 years, as has the behaviour of its users, i.e. passengers, and not just in societal, but also in political, economical, and probably the most important – technological sense.

We (almost) all have smartphones in our pockets, we do not have to be in the office from 9 to 5 in order to be fully employed and productive members of our societies, and we don’t want to pay for what we don’t use. We want to pay for the service when and if needed, here and now. It is not only us, the present users, but it is also the generations of people to come, who will change their behaviours in a very rapid way. These generations don’t see a value in owning an expensive asset with four wheels sitting dormant for most of the day, when an app on a smartphone is able to deliver the same value and facilitate the fulfilment of our human need to be transported from A to B in the most effective and inexpensive way. The world of transport supply and demand is changing, and MaaS has pretty much all the answers to accommodate the change. This is its strongest point, but there are still some weaknesses that need to be ironed out.

We still know in a more theoretical, rather than a practical sense, that MaaS (as the most representative on-demand transport technology) has the potential to reduce the number of private cars on a city’s roads by up to 97 per cent”

ERTICO is presently undertaking a global survey of cities, aiming to interview 300 cities in the City Moonshot initiative over the next 12 months. The full results of the survey will be published at the ITS World Congress in Hamburg in October 2021. One thing is certain, though: the majority of cities’ heads of transport and strategy interviewed to date almost unanimously agree that the on-demand technology-driven services which continue to expand transport networks, should fall under the responsibility of an amalgamation between public authorities and the private sector, in order to ensure that those services are integrated with one another. This is a very good result, as it indicates that the bridge between these two pillars in the ecosystems is being built. Having said that, we still know in a more theoretical, rather than a practical sense, that MaaS (as the most representative on-demand transport technology) has the potential to reduce the number of private cars on a city’s roads by up to 97 per cent, while reducing emissions by a third (OECD ITF various Shared Mobility studies).

Commonly, the pillars of the ecosystem are defined as being the users, the MaaS providers and the transport providers. The number of players is rather difficult to define, however. Nothing prevents, for example, a public authority from being an active player in each of the pillars, or in none. It is understood that more work needs to be done in defining the roles and responsibilities of each of the players, and more force needs to be given in agreeing the relevant MaaS policies that will facilitate and encourage MaaS operations.

It’s encouraging that in a recent public consultation organised by the UK’s Department for Transport, Future of transport regulatory review: call for evidence on micromobility vehicles, flexible bus services and mobility as a service’, exactly the questions we are asking were being posed. As a result, we issued E-scooter trials: guidance for local areas and rental operators from 1 July in the UK. This enables the first micromobility schemes (e-scooters) on public roads in the UK and it’s expected that later this year, MaaS deployment will have new impetus in places such as the Ebbsfleet Garden City regeneration zone – a shared vision by the Ebbsfleet Development Corporation and Kent County Council.

Nonetheless, the transport community is still expecting to see many more MaaS schemes and services being deployed across Europe and indeed the world. The potential is certainly there, for example, a recent study from Juniper Research concludes: “[…] the revenue generated by the use of MaaS (Mobility-as-a-Service) platforms, which integrate different transport services (including buses, taxis, rail and metro) into a single app, will exceed $52 billion by 2027, up from $405 million in 2020.” There is some prize money to be considered in the next seven years from MaaS revenue potential, but it seems the journey is still on its first leg. However, we all can agree that MaaS has significant value and it’s still a territory that welcomes bold explorers.

ERTICO is at the forefront of the European initiatives, has the project know-how and works with a great and very active network of partners that covers the whole value chain. During a recent webinar, ERTICO, alongside panellists from its partners DEKRA, the City of Trikala and Ubiwhere, discussed the importance of micromobility as part of MaaS. The panellists indicated that although cities are still coming to terms with micromobility vehicles and the supporting measures of new schemes, such as the provision of designated parking spaces and safety regulations for e-scooters and bicycles, these are already forming part of MaaS offerings by local MaaS providers. Especially suitable for social distancing, these modes of transport have the ability to enhance the safety aspect of MaaS and are essential in times of a pandemic.

It is through the partnership and working together of industry players, in both the private and public sectors, that MaaS can be better defined and come to serve the needs of citizens and cities. ERTICO, through its innovation and deployment projects, where the various sectors of mobility cooperate on attaining win-win targets, is taking the field of MaaS forward.

Vladimir holds a Master of Engineering in Transport Planning and Traffic Engineering from the University of Belgrade, Serbia, and a Master of Business Administration from Cardiff Metropolitan University in the United Kingdom. Before joining ERTICO in 2020, where he is an expert in urban mobility, transport planning, traffic engineering and MaaS, Vladimir was involved in numerous traffic modelling and visualisation projects in the UK and globally, including the first shared space project in Exhibition Road, the 2012 Olympic Games in London and the East West Cycle Superhighway project. He has been responsible for the delivery of TfL’s Traffic Modelling Guidelines and update of TfL’s Model Auditing Process. 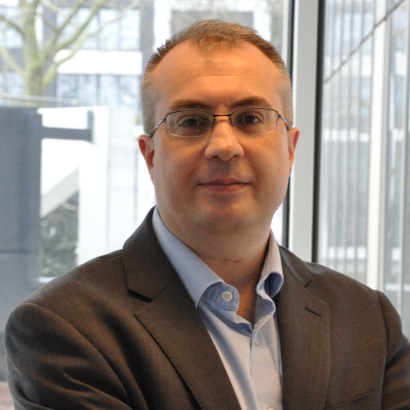