Intelligent Transport looks at how the next generation of electric roads plots a path to the future of electrified transportation, with specific focus on Sweden’s Evolution Road project, including contributions from Lund University’s Mats Alaküla and Elonroad AB’s Karin Ebbinghaus. 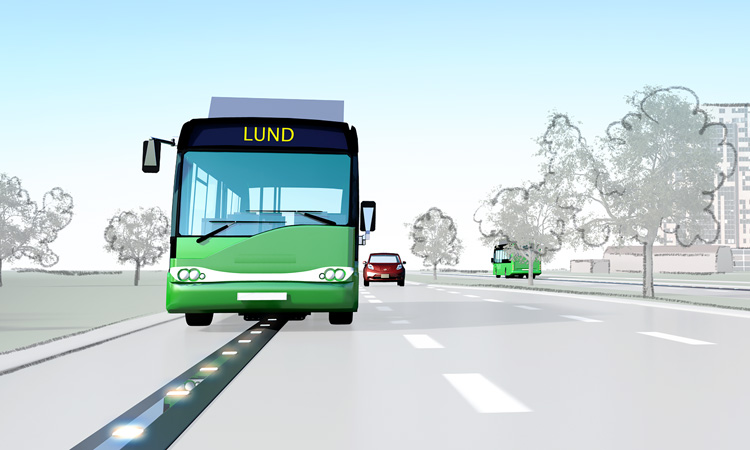 As recently as 20 years ago, there was a perception that electric cars, buses and trucks were inferior to fuel-powered vehicles, both in terms of performance and driving range. Since then, battery technology has evolved and we have learned that both electric cars and – more recently – heavy-duty electric vehicles can match or even better the performance of fuel-powered vehicles, with sufficient range carrying rechargeable on-board batteries. Using battery technology, it seems that we can electrify almost all road vehicles, but is that the end of the problem?

As appealing as it sounds, it isn’t that simple; large batteries, the likes of which are needed to power these vehicles, come with implications such as weight, cost, and environmental impact.

At the Faculty of Engineering at Lund University, professor of Industrial Electrical Engineering, Mats Alaküla, has been involved in the research and development of electric road systems (ERS) for more than a decade.

“With a charging infrastructure built on overnight charging and fast charging stations en route, vehicles need large, heavy and expensive batteries to reach acceptable driving ranges. This is especially troublesome for commercial vehicles like heavy trucks and buses that make money on payload. We need to look for solutions that make it possible to operate vehicles fully-electrically but at the same time reduce the amount of batteries needed,” says Alaküla.

The idea of modern ERS emerged 20 years ago, inspired by the benefits of continuous energy supply in trolleybuses. The next generation of ERS can supply energy to almost all types of road vehicles like cars, buses and trucks. It is smart enough to distinguish the consumption between different vehicles, help the vehicles plan ERS charging and distribute the power selectively between different vehicles, and manage billing and other services.

ERS enables battery size to be reduced by up to 80 per cent, which increases the capacity for payload of passengers and goods, and reduces the negative battery-related impact on the environment. The ERS infrastructure is applicable to existing roads; the technology in the Evolution Road project uses a thin rail applied to the top of the asphalt, making it exceptionally easy to install. Furthermore, the rail contains advanced technology that essentially upgrades the road to a smart and digital network, providing communication benefits in addition to energy supply.

What about the cost?

An implementation like this would mean the distance from any point outside of the ERS network to an ERS road would be less than 50km in most parts of the country, thus reducing the need for significant battery range.

Implementing ERS within a city for public transportation brings benefits for all kinds of vehicles, such as cars and commercial vehicles, that can make use of the same charging infrastructure as the public transportation system. This makes it a cost efficient and environmentally-friendly solution for the city as a whole. Modern ERS also enables smart city services that bring numerous benefits for cities and their citizens.

As an example, the Swedish city of Lund – with a population of 90,000 – has 10 bus lines. One solution to electrify the fleet of buses would be to charge them at their end stations. At Lund University, calculations show that 10 bus lines would require 20 end station chargers. In order to supply power to those 10 bus lines while driving in the city, only 10 per cent of the total route length of all bus lines needs to be covered with ERS, as the bus lines partly share the same routes. The cost of the ERS, including related equipment installed on the buses, would be approximately the same as the end charger stations, but many other kinds of vehicles could then share the ERS charging infrastructure. 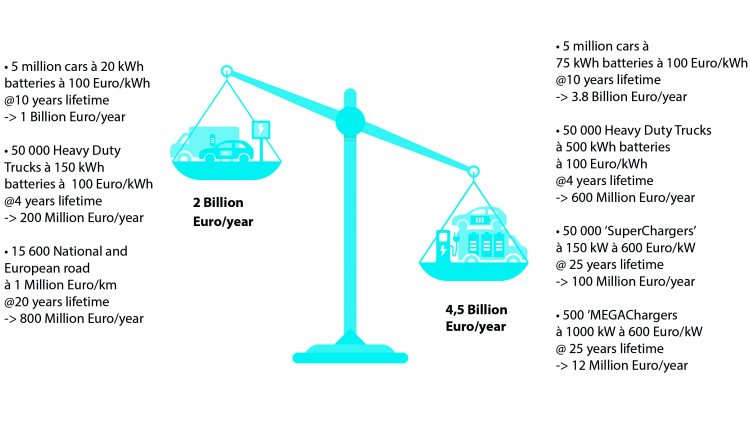 With an ERS implemented, EVs can benefit from extended range and usage without large batteries, making less expensive EVs more attractive for consumers. Seamless charging when vehicles are in motion or even parked throughout cities removes some of the hurdles and extra planning that comes with many EVs today.

“Why should we stop to recharge when it’s not needed – and more importantly – carry the weight of heavy batteries as we drive? With ERS you have seamless charging, that is, you simply charge while you drive, or even while you’re parked,” says Karin Ebbinghaus, CEO of Elonroad AB – a partner in the Swedish ERS project.

Sweden is a pioneer when it comes to ERS, with four different test sites on public roads. The next step on the Swedish ERS roadmap is to build a 25-30km pilot – the country’s first permanent ERS. The projects are primarily funded by the Swedish Transport Administration as one of the possible solutions to the government’s goals to reduce greenhouse gas emissions from domestic transportation by 70 per cent by 2030.

The Evolution Road project has been commissioned by the Swedish Transport Administration to build a demonstration site for electric roads on a public road in the city of Lund, Sweden. The goal is to test and gain more knowledge about ERS, a  climate-smart technology that allows electric vehicles to be charged from the road while driving, using fewer batteries.

Evolution Road is a private-public partnership with partners from industry, academia and the public sector. The technology is developed by the Swedish company Elonroad AB together with the Faculty of Engineering at Lund University. Other partners are Innovation Skåne AB, Kraftringen Energi AB, Lund municipality, Ramboll, Skånetrafiken, Solaris Sverige AB and the Swedish National Road and Transport Research Institute, VTI. The Evolution Road project started in 2019 and will continue until 2022. 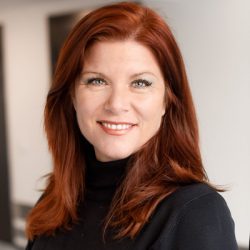 Karin Ebbinghaus is the CEO of Elonroad AB and has a Masters in Law from Lund University. She has worked in M&A cross-border transactions for more than 15 years. After an executive MBA from Stockholm School of Economics in 2015, Karin has focused on investments in cleantech startups with a focus on reducing CO2. 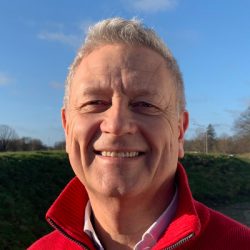 Mats Alaküla has been a Professor of Industrial Electrical Engineering at Lund University for 25 years. Since 2007 he has also worked part time as a Scientific Advisor in electric vehicle technology at one of Sweden’s largest vehicle companies. From 2007 to 2019, he was a Research Leader in electric drive and charging systems at the Swedish Electromobility Centre. He has worked in electric road system development since 2009 in collaboration with several of the companies in the ERS industry.

2 responses to “Electric road systems and the Swedish evolution”