Connected and autonomous vehicle projects in the UK

The Centre for Connected and Autonomous Vehicles and Innovate UK have published a series of case studies of connected and autonomous vehicle (CAV) projects in the UK. Here, Intelligent Transport gives an overview. 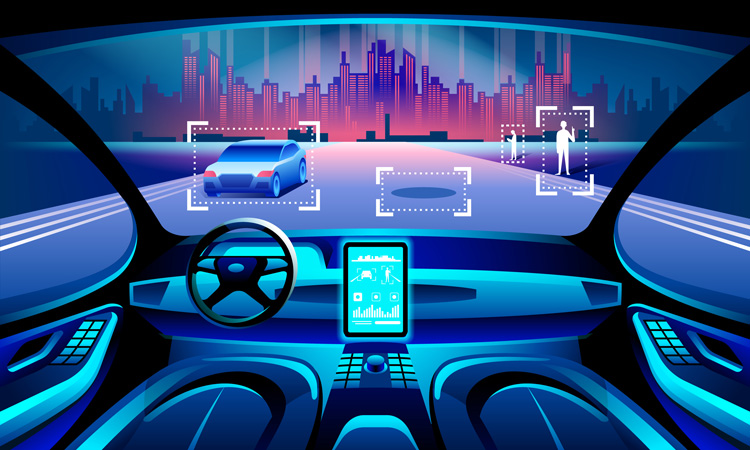 Part-funded by £4.5 million from the Government’s Centre for Connected and Autonomous Vehicles (CCAV) and Innovate UK, SME Fusion Processing has gained over one million miles on the clock and is now leading a consortium developing Europe’s first full-sized autonomous bus.

A full programme of trials of Fusion’s CAVstar autonomous drive system installed on Alexander Dennis single-deckers will be taking place during 2020 and 2021, featuring on a 30-mile route.

CAVForth expects to be carrying passengers by mid-2021, running at up to 50mph and more fuel-efficiently than manually driven buses. With services every 20 minutes between 6am and 9pm, there could be 10,000 passenger journeys per week.

Five 42-seat buses are being fitted with Fusion Processing’s CAVstar control and sensing system, integrated with each vehicle’s steering, throttle and braking systems. CAVstar draws on information from radar, LIDAR, optical cameras and ultrasonic sensors, along with satellite navigation, to detect and avoid objects in all weathers, day and night.

The buses will operate at AV Level four autonomy, meaning that the vehicles will operate autonomously along the routes and, whilst there will be regular driver controls, the driver will not be expected to use them, other than in an emergency. As a further level of safety, the vehicles will have additional backup braking and steering systems which, in the highly unlikely event of a failure, the backup systems can be utilised by the CAVstar system without the ‘safety driver’ needing to intervene.

The Government-backed project was completed at the end of November 2019, and there were two test engineers on board, constantly monitoring the vehicle’s actions to deliver a safe autonomous journey. 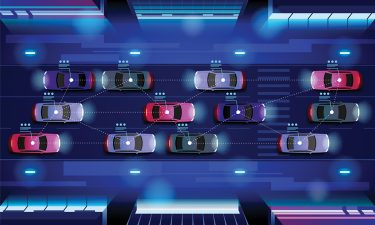 The project, which featured a range of partners led by Nissan UK, created 27 jobs over the course of the project and a further 20 have been added since as the partners continue to work together on commercialising the technology.

Nissan UK has since established an autonomous driving test facility at its R&D facility in Cranfield, with additional work and investment from Nissan Japan. Hitachi Europe has also set up an AV research operation in the UK while HORIBA MIRA has continued to evolve its test facilities at Nuneaton in Warwickshire. Cranfield and Leeds universities have expanded their AV research capabilities too.

Using machine learning and artificial intelligence developed by Hitachi, and other technologies developed by Nissan, the objective was to create a comfortable and familiar experience for customers in a “new, autonomous world”.

As well as development of autonomous control systems, the project covered cyber security, human interaction and public acceptance, public road trials and demonstrations in a variety of settings, including country roads, high-speed roundabouts, A-roads and motorways in live traffic.

A UK government-backed consortium has achieved a ‘world first’ by demonstrating a collision-avoidance system in which two vehicles co-operate by radio link to steer around a stationary car without human assistance.

The successful live demo at Bruntingthorpe Proving Ground in Leicestershire is said to be a significant milestone in developing a driver aid to avoid multi-vehicle collisions, particularly motorway pile-ups.

It was the climax of a 32-month project called MuCCA (Multi-Car Collision Avoidance), led by Applus IDIADA and involving five other automotive industry, technology and research partners. This £4.6 million project was jointly funded by the Centre for Connected and Autonomous Vehicles (CCAV) and delivered through Innovate UK.

Acting autonomously, vehicles equipped with MuCCA technology figure out between them what to do when confronted with an obstacle or a likely collision. If an accident is unavoidable, the MuCCA system will intervene to minimise injuries and damage.

The autonomous vehicles cooperate in real-time and can manoeuvre to give another car the space to avoid an obstacle. With sophisticated machine learning algorithms developed at Cranfield University, MuCCA can also predict how non-autonomous vehicles with human drivers are likely to react. The next stage of development will focus on refining the control systems and extending simulation testing to more tricky scenarios and higher speeds.

The Government has funded a project to develop an automotive cybersecurity assurance framework.

More than £800,000 in a £1.5 million collaborative project has been invested to develop an automotive cyber security assurance framework. It adopts an integrated set of standards for manufacturing innovation and assessment, with a rating system to build trust among consumers and insurers. 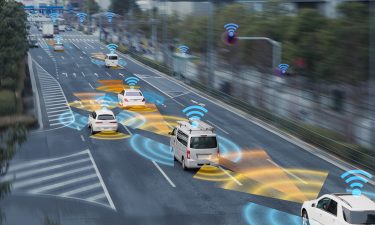 The two year 5StarS (Automotive Cybersecurity Through Assurance) project has had support from the CCAV and Innovate UK. The 5StarS consortium came together in 2017 to address the issues around growing vehicle connectivity.

To provide vehicle manufacturers with practical guidance and support, the 5StarS partners have devised a roadmap covering three specific areas – innovation, assessment and assurance rating. The project identified regulations, standards and best practice that should guide innovation and product development so that manufacturers can measure their vehicles’ resilience.

If fully adopted by the automotive industry, the framework aims to operate in much the same way as the existing Euro NCAP type ratings for vehicle safety, building trust in connected autonomous vehicles (CAVs) and advanced driver assistance systems (ADAS).

Demonstrating that appropriate security measures are in place can potentially create an entirely new revenue stream for the industry. Although the 5StarS project was funded by the government and the consortium partners are UK-based, the framework is designed to align to current and emerging international standards and best practice so that it can be applied internationally. This will assist vehicle manufacturers aiming to sell vehicles globally.

The next step is to run trials with vehicle manufacturers to validate the assurance framework against their vehicles and build upon the international interest received in the project to foster wider adoption.

A Coventry-based company has created 10 new jobs over the past year to meet rising demand across the world for the driverless pods it has developed with support from the CCAV and Innovate UK. 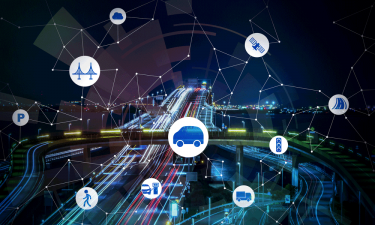 A division of the RDM Group dedicated to autonomous vehicles, Aurrigo, now has annual sales of £4.2 million. It has customers in Australia, Canada, Finland, Singapore, and the U.S., and has recently supplied one of its ‘Pod Zeros’ to China. It predicts a further £6 million of orders before the end of 2020.

Aurrigo recently collaborated with researchers from the University of Warwick to demonstrate a ‘major breakthrough’ in CAV technology, a successful demonstration of pods ‘swarming’ like birds and insects. This innovation is said to be a key element of a CCAV-funded project called SWARM (Self-organising Wide area Autonomous vehicle Real-time Marshalling). It means that pods can follow each other without supervision, helping each other to drive and navigate through pedestrian areas around people.

Aurrigo is a key part of the UK’s growing CAV eco system and has contributed to two other CCAV funded projects:

This project is a 30-month project in Cambridge which will create the UK’s first autonomous bus service.

Through T-CABS, Aurrigo has received a £2.54 million grant to build and trial a fleet of six self-driving shuttles with 10-15 seats to operate an out-of-hours service on a section of an existing guided busway. Public services start by the end of 2020.

A 24-month collaboration between Aurrigo and Warwick University researchers, the INTACT project has a total budget of £1.085 million.

The objective is to develop a 3D simulator, to enable design, testing and evaluation of a low-cost autonomous control system.