Within the next edition of The Sustainable Bus Update, we summarise the most recent and standout sustainable bus purchases and developments from across the globe.

Wellington, New Zealand to boost electric buses from two to 22 per cent of its fleet

Wellington is to receive 98 new electric buses, which will take Metlink’s fleet of electric buses to 108, reducing its carbon footprint and taking Greater Wellington a step closer on its target of carbon neutrality by 2030.

Metlink currently has 450 buses in its active fleet in the Wellington region, 10 of which are EVs, making up two percent of the fleet.  Once the 98 buses are added to the fleet the proportion of EVs will rise to 22 per cent.

73 of the buses will be used on current scheduled services with a further 25 to be progressively added to routes to meet future network growth. The new electric buses will eventually take 61 diesel buses off the roads, leading to a 17 per cent drop in carbon emissions and a similar reduction in harmful emissions.

Chair Daran Ponter said: “I’m sure that people across the region will be pleased to see another 61 diesel buses taken off the road and this will drive real climate benefits by deploying the new electric buses on high use areas of the network.

“Just like our plans for rail, this is also about ensuring we have a fleet in place that can cope with rising population trends and demand for public transport over the next few years. That’s why 25 buses will be used to accommodate forecast passenger growth without an increase in emissions.”

Roger Blakeley, chair of Greater Wellington’s Transport Committee, added that the new fleet will also attract more bus drivers to the region. “This new fleet shows our intentions for growing the network and obviously more buses means more drivers. We want buses that drivers can be proud of and these state of the art buses, many fitted out right here in New Zealand, will help us attract drivers that want to be at the forefront of the public transport industry in New Zealand and internationally.” 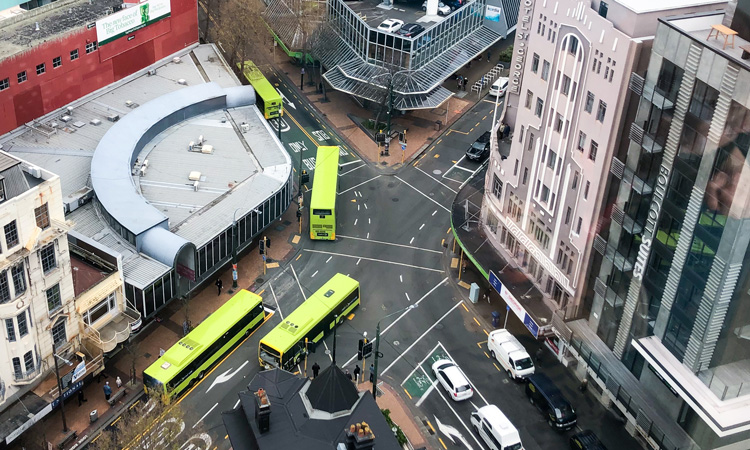 OCTA sets course for all zero-emission buses by 2040

The Orange County Transportation Authority (OCTA) board has approved a draft plan outlining how the agency will convert the OC Bus fleet to 100 per cent zero-emission technology by 2040.

It is said to be a milestone step toward zero-emission transportation technology for a balanced and sustainable future – one that will help bring even cleaner air quality to Orange County.

“This is a great opportunity for us to plan for a healthier future that will include both reliable transportation and no potentially harmful emissions into our environment,” said OCTA Chairman Steve Jones, also the Mayor of Garden Grove. “We are accomplishing two important goals at the same time.”

OCTA has already gradually transitioned its fleet over the years, from diesel-burning buses to clean-burning renewable compressed natural gas (CNG) buses with near-zero-emission engines. The state has set a requirement to transition to complete zero-emission transit within the next 20 years.

The plan is not a commitment to a specific type of technology at this point. OCTA is in the process of testing both hydrogen fuel-cell electric buses and plug-in battery-electric buses to determine which technology best meets OCTA’s needs related to operations, maintenance and cost, among other things.

OCTA will begin phasing in the purchase of zero-emission buses as part of future bus procurements beginning in 2023. At the same time, staff will continue to analyse emerging technologies and work with partners to secure funding for purchase, operations and maintenance of the buses. 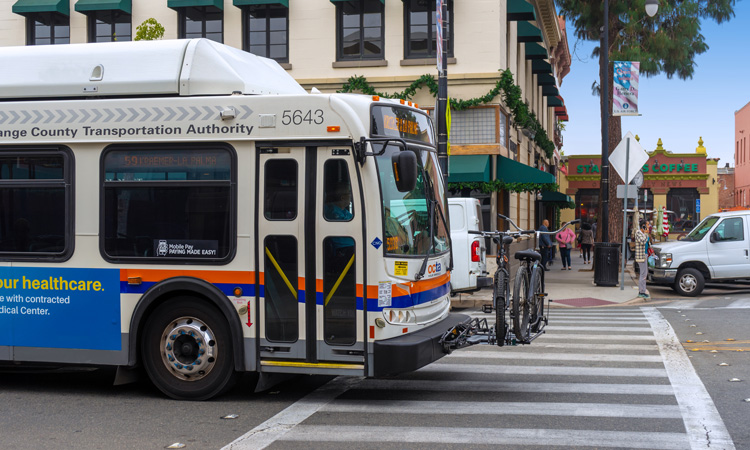 To read the previous volumes of The Sustainable Bus Update, click here.

Representatives of the municipal operator MZK Malbork and Solaris Bus & Coach S.A. have signed a contract for the delivery of six electric buses. Newly commissioned Urbino 12 electric buses will start the electrification of the city’s public transport.

Solaris will produce six low-floor 12-metre electric buses for the operator MZK Malbork. Following the investment in electric vehicles, the city’s public transport services aim to become one of the most modern in Europe, putting city dwellers’ comfort and urban air quality in the foreground.

“It is impressive to see the network of electric transport in Poland developing so dynamically. Malbork is joining the European avant-garde as regards the investments in innovative and green solutions in urban transport that is the basis for sustainable urban centres. Emission-free Urbino electric buses will certainly be noticed by the residents of Malbork who will definitely appreciate comfortable and quiet ride in the city,” said Petros Spinaris, Deputy CEO of Solaris.

The buses will be fitted with Solaris High Energy batteries with a total capacity of 240 kWh. Throughout the day they will be recharged using fast pantograph chargers that are to be set up at the bus terminal in Piaski and at the municipal cemetery in Malbork. Malbork has opted for inverted pantographs which means the devices that are integrated in the charging station are lowered onto the bus roof to recharge the batteries. At the end of each day the buses will be connected to plug-in charging devices at the bus depot. 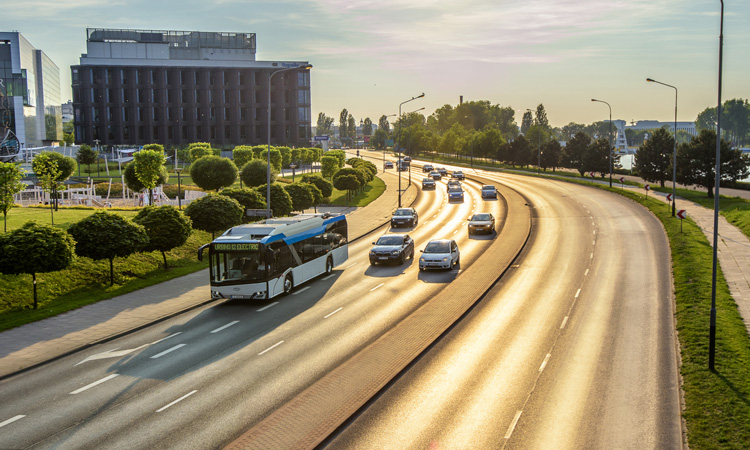 Solaris Bus & Coach S.A. has also delivered two Urbino 12 electric buses to the German city of Würzburg. It is the first delivery performed for the operator NVG Omnibus-Betriebs-GmbH. It is the first time that the customer has opted for battery vehicles, which is why Solaris will also provide chargers as part of the order.

The investment in “state-of-the-art emission-free buses” aims to improve the air quality in the city and increase the life comfort of residents.

“The fact that operator NVG Omnibus-Betriebs-GmbH has decided to make its first electric buses of Solaris design means a lot to us. We are extremely happy that we have been given the opportunity to supply both buses and the whole charging infrastructure to Würzburg, and that we can be part of the process of developing zero-emission transport also among private carriers on the European market,” said Rolf Oneis, Director of Sales at Solaris Deutschland GmbH.

The buses will be propelled by electric axles with two integrated traction motors boasting a power of 125 kW each. The power used by the vehicle will be stored in a set of Solaris High Energy batteries with a total capacity of 300 kWh, and it will be replenished using a classic plug-in system. 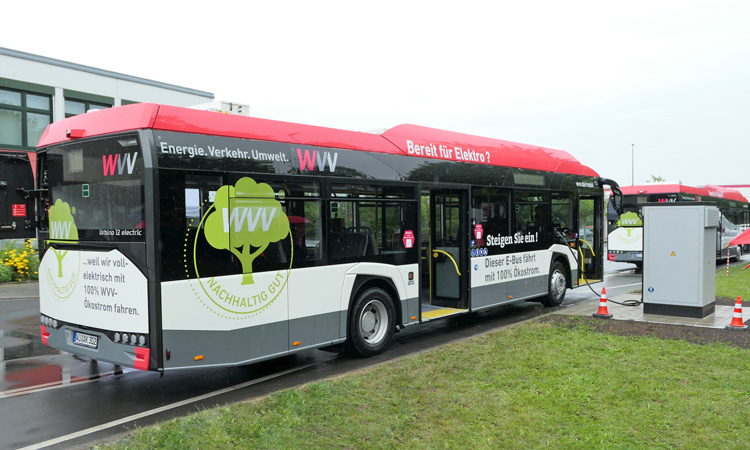 National Express West Midlands has announced that it is moving forward on its promise never to buy another diesel bus with the company’s first fully electric double decker bus now in operation.

“Buses are already one of the cleanest ways to travel. For four years, we have been working as part of the West Midlands Bus Alliance to tackle climate change and improve air quality. We have retrofitted nearly a thousand older buses with new exhaust systems, and since 2015, we’ve bought only the cleanest diesels on the market.

“And now we’ve gone all out with these beautiful buses which are fully electric – even the heaters run off the battery. They cost more than a Rolls Royce Phantom, and as well as being great for the environment, they come with all the top-spec kit our customers expect from a Platinum bus – extra space, USB chargers and free Wi-Fi.

“We’re very proud that National Express is bringing fully electric buses to the people of the West Midlands. I’d like to thank all the drivers, trainers, engineers and managers who have worked so hard behind the scenes to make this happen.”

National Express West Midlands was awarded £3 million by the government in 2016 to help fund the extra cost of an electric bus and the necessary equipment, and the bus company has invested £11 million in the project.

Birmingham City Councillor Waseem Zaffar, cabinet member for transport and environment, said: “These vehicles produce zero carbon emissions at the tailpipe and are powered by renewable energy. This is a significant step towards cleaner air in Birmingham and achieving a net-zero carbon by 2030. It’s a privilege and a pleasure to see them in operation and I welcome the addition of more electric buses on more routes in the future.” 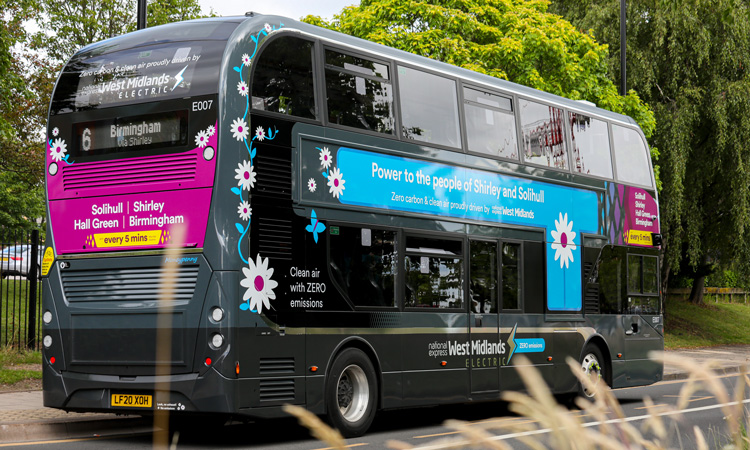