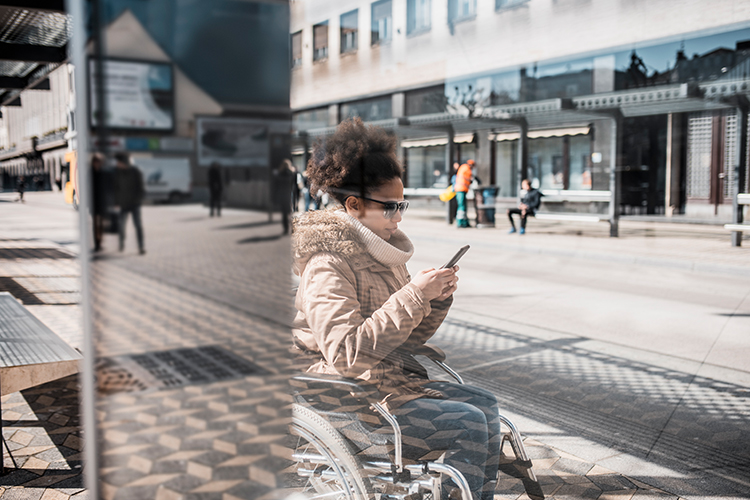 Find out how you can make passenger journeys as seamless and accessible as possible in this informative on-demand webinar, as experts from VBB and Hacon discussed how transport can be made truly accessible to all, and identified common barriers to accessibility facing transport operators around the globe.

The first third of the webinar addressed the different dimensions of accessibility and social inclusion. Accessibility is often discussed with a very narrow focus, emphasising specific issues, such as wheelchair-accessible stations or how to make departure boards more usable for the visually impaired.

However, the entire trip has to be barrier-free – accessibility does not just mean entry to the vehicle itself. Also, the understanding of who is dependent on accessible services is usually too narrow and not inclusive. This on-demand webinar will help paint a broader picture of what it means to create transport offerings that are accessible to everyone, thanks to assistive tools across the entire passenger journey.

The second part of the webinar looked at a typical passenger journey and identified any potential obstacles and ways in which they can be overcome.

Finally, the webinar took a closer look at what transport organisations have already done to optimise the accessibility of their services. Alexander Pilz, Head of Passenger Information at VBB (Verkehrsverbund Berlin-Brandenburg) shared his experiences and learnings on implementing accessibility measures. Aside from discussing the current status of VBB’s work in this area, he also discussed the underlying vision of the authority and planned measures for the next few years.

Register to watch this webinar on-demand 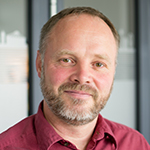 Alexander Pilz has been working for the Verkehrsverbund Berlin Brandenburg since 1997. He started his career at VBB as a project engineer and is now lead to the passenger information department. Recently, Alexander and his team have been involved in plenty of R&D projects concerning barrier-free information systems, including the national funded projects BAIM or m4guide.

The VBB has undertaken several actions to optimise information services for passengers with special needs. As a result of his expertise in the field of barrier-free transport, Alex became a jury member at the “Accessible Transport Challenge for Berlin”, supported by the Toyota Mobility Foundation in 2019. One of his team’s actual tasks is to adapt the existing VBB information services to the needs of the attendees and supporters of the Special Olympic World Games 2023 in Berlin. 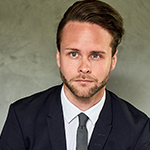 Alexander Wehmeyer has been supporting Hacon since 2014. With a master’s degree in International Management, he started his career as Project Manager and was responsible for the launch of several first of their kind mobility platforms worldwide including the first nationwide multimodal trip planning and booking platform in Germany, the first MaaS platform in Dubai, UAE, and a region-wide intermodal trip planner for the San Francisco Bay Area.

During this time, he has been continuously involved in evolving Smart City and Mobility trends worldwide and gaining extensive knowledge to create better and more seamless travel experiences. Today, Alexander is leading the Hacon business development activities in the North American market. 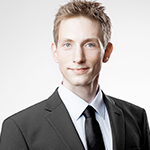 Philipp Tute-Kalkenings joined Hacon as a developer for Android apps after completing his master’s degree in computer science in 2013. He took an active role in rebuilding the HAFAS Android app to be more modern and easily maintainable, as well as accessible.

As mobile development lead in many R&D-projects (eg m4guide, DYNAMO, RadAR+), he has always helped push the limits of journey planning in new directions. In 2019 Philipp became product manager for the HAFAS mobile apps. He has a strong focus on tariffs / ticketing, active passenger information and mobility as a service (MaaS).

Can I watch the webinar later?
The webinar will become available to watch on-demand shortly after the live broadcast takes place.

What are the benefits of attending live?
During the live webinar, you’ll be able to pose questions to the speakers, which will then be answered during the live Q&A session at the end of the webinar.

How long will the webinar be?
This webinar will last for up to one hour.

Who will be moderating?
Luke Antoniou, Editor, Intelligent Transport

What do I need to watch this webinar?
All you need is a computer with an internet connection. It is advised to use headphones wear possible for your own comfort.