Conducted with CEA Consulting and an independent consultant from the National Renewable Energy Laboratory, the life-cycle analysis tracked the total environmental impact of Bird scooters from manufacturing to end-of-life and compared them to other modes of urban transport. 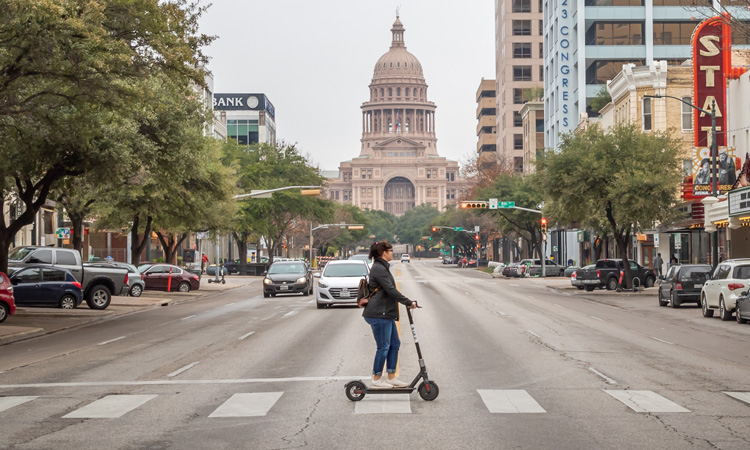 “Bird Two has been engineered from the ground up to dramatically increase efficiency and reliability by an order of magnitude,” said Scott Rushforth, Bird’s Chief Vehicle Officer. “We know that the bulk of scooter emissions are a result of the manufacturing process, so the longer our vehicles last, the fewer we need to manufacture – which is a big win for the planet.”

Manufacturing reportedly makes up 65 of the Bird Two’s total 97.2 grams of CO2 equivalent emitted per passenger mile (gCO2e/pmt). It is said that travelling three and a half miles on a Bird Two emits as much carbon dioxide as ordering a large latte, and travelling 91 miles emits the same amount of CO2 as burning one gallon of gasoline.

While these per-mile emissions are significantly less than the 320 gCO2e/pmt generated by diesel-powered buses (with average ridership), there’s still room for improvement, Bird wrote in a statement.

Bird’s vehicle team has invested in research and development, in an attempt to move the micromobility industry away from “non-durable off-the-shelf” products to scooters with a life expectancy of more than two years.

Batteries in particular are said to play an important part, as they make up more than a quarter of all manufacturing emissions. Bird Two’s new lithium-ion batteries hold double the charge of consumer vehicles, meaning they can remain active for longer periods without needing to be recharged. Together with a 14,000-mile life expectancy and an easily-changeable design, they are designed to be recharged minimally, reused abundantly and avoid premature recycling.

“As we incorporate more recycled aluminium into our vehicle frames, optimise route pickups and dropoffs and increasingly use electric vans and cargo bikes to rebalance our fleet, we project that next year’s CO2 emissions per passenger mile will drop to around 60 grams,” said Rebecca Hahn, Bird’s Chief Corporate Social Responsibility Officer.

“It’s important that we continue to raise the bar and push our peers to do the same. If the micromobility industry expects cities to step up infrastructure development and common-sense regulations that prioritise safe, low-carbon urban transportation, we need to ensure we’re doing everything in our power to create the cleanest, safest personalised mobility option available.”