Autonomous on-demand buses to be tested in five European cities

The initial tests will run in Gjesdal (Norway), Helsinki (Finland) and Tallinn (Estonia) in the spring and autumn of 2020, and pilots will also later be launched in Lamia (Greece) and Helmond (the Netherlands). 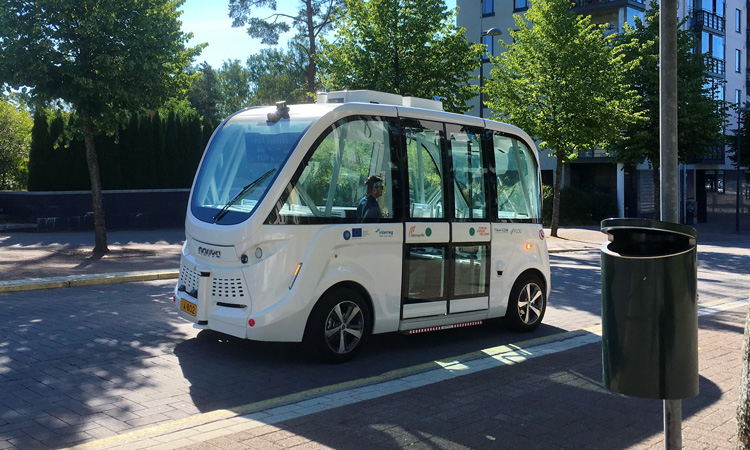 Autonomous buses will be tested in real-life traffic conditions in five European cities between April and October 2020, as three international consortia have been awarded with contracts for the final phase of the pre-commercial procurement under the EU-funded FABULOS project (Pre-Commercial Procurement of Future autonomous bus urban level Operation Systems).

The consortia – the Sensible 4 – Shotl Consortium, the Mobile Civitatem Consortium and the Saga Consortium -will pilot autonomous buses as part of the existing public transport systems. During the demonstrations, the functionality, interoperability and security of the autonomous fleets will be evaluated. “All the pilots will take place in urban settings, but each pilot location has its own special challenges. In Gjesdal, there is a 12 per cent incline due to the mountainous terrain, whereas in Lamia high temperatures must be successfully managed,” read a statement on the project website.

“In the Netherlands the large number of cyclists must be taken into consideration and in Helsinki the route passes the second busiest train station in the country. In Tallinn, the connection to the airport will be improved, leading to challenges with factors such as existing bus traffic,” it continued.

The same statement noted that in all pilot sites, “the shuttle services will be tested to ensure the functionality of remote operability from the control room. Furthermore, the buses must be able to autonomously overtake obstacles such as parked cars. The shuttles are expected to be driverless, and a safety person will only be allowed on board if local regulations require this.”

One of the project partners, Canadian/Norwegian consortium SAGA, is developing a turnkey transportation-as-a-service (TaaS) platform, combining both autonomous and human-driven vehicles. The group stated that: “SAGA’s TaaS platform includes all aspects of launching a publicly accessible autonomous vehicle service, including service design, autonomous vehicle management, and fleet routing. Using this platform, multiple automated and human-driven vehicles can be integrated into a larger public transport system, all over an open API (application programming interface).”

The project partner will operate up to three vehicles in Norway and the Netherlands using both autonomous and human-driven vehicles. Now in its final year, the FABULOS project was initiated to speed up the introduction of new types of automated transport solutions entering the European market. The project work “focuses on how cities can use automated buses in a systematic way,” as stated in a periodic project report on CORDIS.

“The project is applying a systematic approach – the all-inclusive solution we look for is not merely about the vehicle, but also on the fleet management capabilities, control room functions and integration in existing public transport.”