The Transport strategy focuses on enhancing the bus network, optimising suburban rail, a proposed new light rail system, and the promotion of walking and cycling. 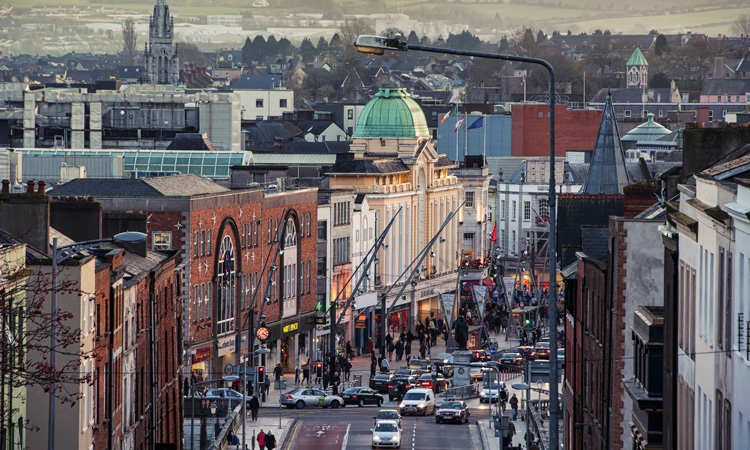 Ireland’s National Transport Authority (NTA), in association with Cork City Council, Cork County Council and Transport Infrastructure Ireland, has published a Transport Strategy for the Cork Metropolitan Area, the second largest city in Ireland. The Strategy is said to provide a framework for the planning and delivery of transport infrastructure and services in the Cork Metropolitan Area over the next two decades:

Among the measures included in the Strategy are:

This will comprise of an increased bus network, bus priority and around 220 new double decker vehicles. In total, the network will comprise of 200km of crosscity routes, 50km of orbital routes and 150km of radial routes and will provide interchange with the Cork Suburban Rail Network, Light Rail network and proposed Park and Ride services.

This Strategy proposes to maximise opportunities offered by the existing suburban rail network to support the travel needs across the area.

Following detailed analysis of projected travel demand, this Strategy has determined that the East-West Transit Corridor is best served through the provision of a new Light Rail Transit (LRT) tram system. The topography and distribution of existing trip generators and attractors, combined with the proposed development opportunity areas within Cork City and its suburbs, indicate the desirability for a linear route from Ballincollig in the west to Mahon in the east, via Cork City Centre.

During April 2020, Transport Infrastructure Ireland, in collaboration with the NTA and Cork City Council, will commence the process of appointing a specialist engineering team to undertake a route options analysis and develop initial designs for the East-west Luas line between Ballincollig and Mahon.

Project Ireland 2040 commits to the delivery of walking and cycling networks for all of Ireland’s cities. Under this Strategy, some key primary cycle routes to be improved within the Cork Metropolitan Area, including segregated routes along waterfront areas.

A central objective of the Strategy is to get more people walking more of the time, either as part of a linked trip with other modes or as a trip in its own right. Key outcomes for walking in the Strategy include an increase in walking levels for work, education and leisure. There will be a higher standard of urban design in new developments, and in highway design, that consistently prioritises pedestrian movement and safety over that of the private car.

“I believe that process of deliberation consultation has resulted in a strategy will deliver major changes to the city and county of Cork, and NTA looks forward to working with both councils in making it happen without delay.”