This public consultation is the latest of the BusConnects programme consultations, which aim to develop key bus corridors in Dublin, following the first round in late 2018 and early 2019. 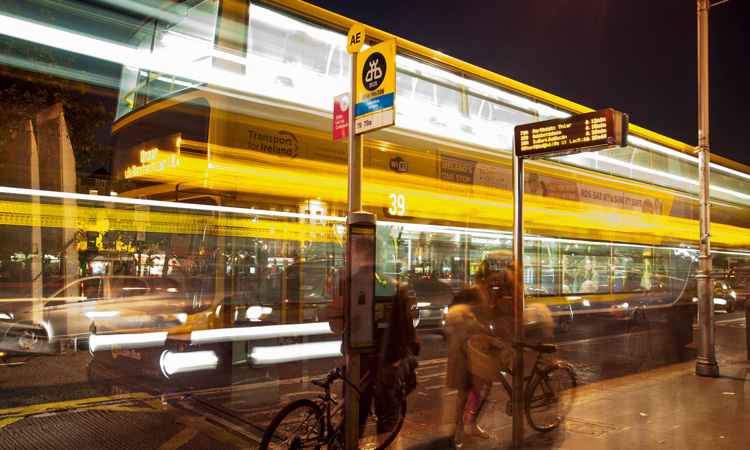 Ireland’s National Transport Authority (NTA) has launched the second round of public consultation on the 16 core bus corridors earmarked for development as part of Dublin’s BusConnects programme.

The BusConnects programme is said to be an integral element of Project Ireland 2040, the Transport Strategy for the Greater Dublin Area 2016-2035 and the Climate Action Plan published in June 2019. Its aim is to develop an enhanced bus system that is better for the city, its people and the environment.

By delivering 230 km of continuous bus priority and 200 km of cycle tracks, the Core Bus Corridor Projects aims to help more people move from their cars to a better, more reliable and more efficient bus system – considered a critical element in reducing carbon emissions and congestion in the capital city.

One of the biggest concerns raised during the first round of consultation was the removal of trees in historic areas of the city. The NTA has introduced multiple changes to protect long-established trees in historic parts of Dublin.

This has been achieved through the maximisation of existing road space by new one-way systems, the introduction of Signal Controlled Priority, Bus Gates and off route cycle tracks.

Less developed trees along a select number of Core Bus Corridors have been identified for replacement to ensure the provision of safe cycling infrastructure, following topographical surveys in recent months.

Consultation on the revised proposals will run until 17 April 2020. A series of information events will be hosted across the Greater Dublin Area during March.

All submissions in the second round of public consultation will be reviewed by the NTA. Technical, environmental, and transport impact assessment work will then take place with final plans due to be presented to An Bord Pleanála for statutory approval in the fourth quarter of 2020.

Anne Graham, NTA Chief Executive Officer, said: “In 2018, we first unveiled our plan to deliver continuous bus priority along Dublin’s busiest bus corridors and high-quality cycling facilities. Through extensive public consultation and direct engagement with communities across the region, we’ve been able to pinpoint areas of concern along each of the sixteen routes.

“We have responded constructively to the issued raised and have put forward alternative proposals that help to mitigate many of these challenges raised by the public. This has helped to dramatically reduce the number of properties that will be impacted and to work with communities to create new public realms across the city.

“We’re proposing modern infrastructure that will provide new options for children and their families to be able to cycle safety both between, and within, their local communities.

“I’m confident that the revised routes will greatly improve journey times and most importantly will reduce CO2 emissions by having more people move from their car and onto the bus. We are also moving forward to creating a fleet of low emissions vehicles with half of the fleet due to be converted to low emission buses by 2023.”