To further bolster its presence internationally, Spin will also apply for the upcoming Paris e-scooter share permit in March and will explore opportunities to participate in the United Kingdom’s pending e-scooter share trials. 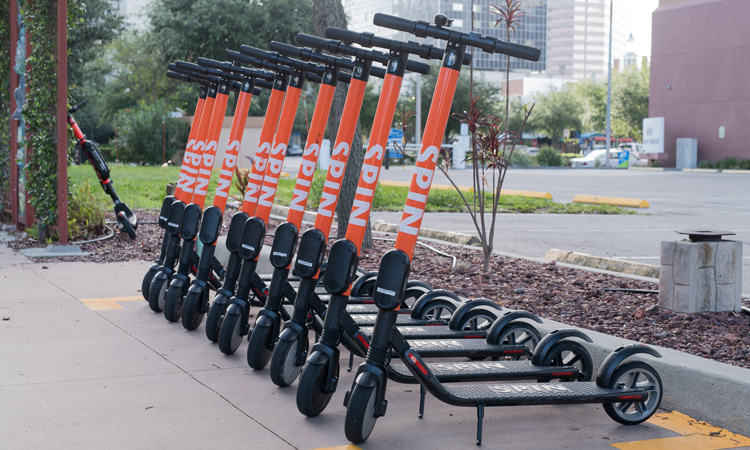 Spin, the micromobility unit of Ford Motor, has announced its international expansion plans. The company will launch its first international fleet of dockless electric scooters in Cologne, Germany in Spring 2020, with other German cities soon to follow.

With over 20 exclusive partnerships in the U.S., Spin is said to be a trusted partner to over 60 cities and 25 universities, developing a long-term alternative to commuting for communities. Through its Partnership Promise, Spin prides itself on putting riders’ safety first, working closely with local governments to obtain permission prior to entering new markets, and scaling its fleet responsibly. Spin also works with private companies, advocacy and local community groups to create a genuine transportation solution that addresses the needs and challenges of each city and college campus.

“We believe that community integration is integral to our long-term success. That’s why we have local teams dedicated to listening to the people in the communities we operate, gathering feedback so that we can offer the best service possible,” said Euwyn Poon, Co-Founder and President of Spin. “Last year, we increased the number of U.S. cities in which we operate by 600 per cent. We look forward to working collaboratively with cities and universities throughout Europe to bring the joyful, safe, and seamless Spin experience to the international community.”

Since joining the Ford family in November 2018, Spin and Ford have partnered to scale the business in new markets, run operations, and offer a sustainable and genuine transportation solution that will allow a mass of commuters to freely move in gridlock and urban environments. Earlier in 2020, Spin announced its plans to heavily invest in product and infrastructure projects that will contribute to scooter-sharing sustainable mobility. The company has installed hundreds of Spin charging Hubs across the U.S. which aim to address issues such as scooter clutter and accessibility of scooters.

“We are thrilled to celebrate this major milestone for our company,” said Derrick Ko, Co-Founder and CEO at Spin. “As the company that created the first policy framework for regulating stationless micromobility, we look forward to collaborating with our constituents in Europe to shape the future of this industry. Being part of Ford helps us to offer long-term commitments to our partners as well as infrastructure investments such as Spin Hubs charging stations and multimodal lanes. We are looking forward to expanding our services to Europe where cities are committed to making sustainable, safe, and people-centric transportation options work through regulatory frameworks and infrastructure investments.”

What does Endava do in the mobility space today?