The combined company will result in Bird adding more than 300 employees to its European operations, as it aims to provide streamlined, sustainable and safe operations for cities looking to reduce carbon emissions and congestion. 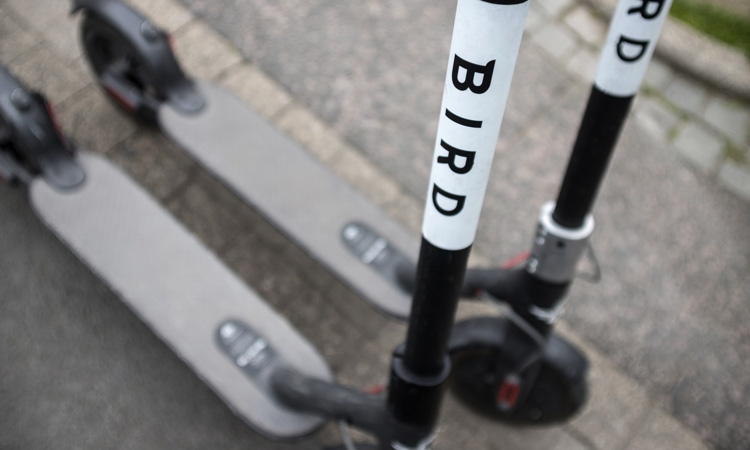 Why are Bird and other scooter operators not using swappable batteries?

Bird, the micromobility service company, has acquired Circ, the European micromobility company. Bird has also announced a $75 million extension to its Series D funding round, bringing the size of the round to $350 million.

Cric is a shared e-scooter company in Europe and the Middle East. With operations spanning across 43 cities in 12 countries, Circ has brought city-centric solutions and customer service to millions of riders. Together, Bird and Circ aim to make it easier for cities to manage micromobility programmes while continuing to scale and increase the reliability of its service to the millions of people who have used shared e-scooters as a new form of transportation.

“I founded Bird nearly three years ago because we need to change the status quo and take a transformative stance to combat the traffic and pollution that affect our cities and endanger people globally,” said Travis VanderZanden, founder and CEO of Bird. “To further advance our mission, we’re excited to acquire Circ which is the clear European leader. We like their laser focus on treating cities as their number one customer and their mindset of prioritising profitability over growth.”

“With deep city partnerships and leading technology, we have established ourselves as the micromobility leader in Europe,” said Lukasz Gadowski, founder and CEO, Circ. “As a combined company with Bird, we will be able to significantly accelerate our mission throughout Europe to provide safe, available, affordable, convenient and sustainable rides.”

“This is a significant deal for both companies as well as the broader European technology and transportation industries,” said Ben Kaminski, Partner at Target Global. “As the first investor in Circ, we were confident their vision and experience would propel them to the leadership position in micromobility throughout Europe. We are thrilled to invest in the global leader in micromobility and look forward to supporting the joint team as it transforms how people move about their cities.”

“Bringing together Circ’s European roots with the added capabilities of Bird’s technology and innovation, will ensure cities throughout Europe, such as Paris, will have world class partners to help them reach their climate action goals,” said Nicolas Chaudron, Managing Partner at Idinvest Partners. “As investors dedicated to the growth of European business, we view Bird’s acquisition of Circ as a testament to what Lukasz and his team have built as well as the positive impact they have had on the cities we call home.”