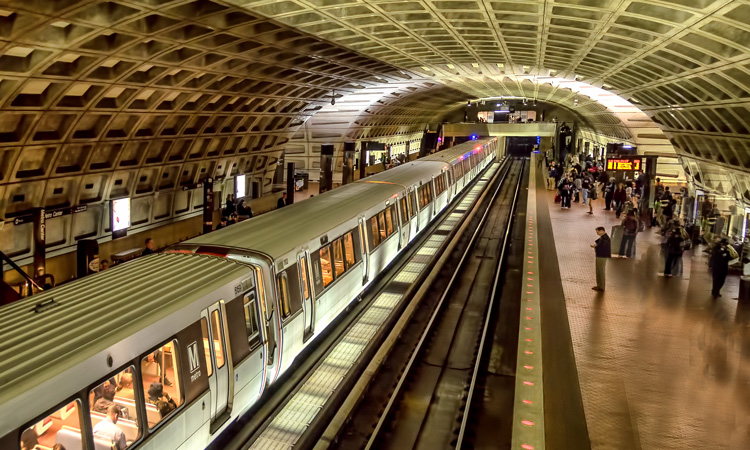 The Washington Metropolitan Area Transit Authority (WMATA) has announced that ridership of the Metrorail increased by four per cent in 2019, ending a downward trend that lasted most of the prior decade.

Ridership in Washington is said to have increased across all days of the week, including a 3.3 per cent increase in weekday travel – the equivalent of 20,000 additional trips per commuting day. Metrorail’s average weekday ridership now stands at 626,000.

Customer on-time performance is also said to have improved to its highest level in a decade, with 89.8 per cent of riders arriving on time on weekdays. WMATA has suggested that its capital investment in Metro is yielding the results, such as the replacement of half of Metro’s entire fleet – more than 500 of the system’s oldest and least reliable railcars – with entirely new 7,000-series trains. As a result, the average age of Metro’s rail fleet has been cut in half in five years, from approximately 25 years in 2015 to under 13 years today.

“We know that our customers have lots of travel options these days, and that we have to earn their patronage every day through convenient, affordable, reliable service,” said Metro General Manager and Chief Executive Officer, Paul J. Wiedefeld. “We are excited to continue this trend and welcome more riders to Metro, as we work even harder to become the region’s transportation provider of choice.”

Committee invites contributions on impact of COVID-19 on UK transport

First full-sized automated buses to operate in Connecticut in a U.S. first