The decision comes after more than £3.6 million is said to be lost every year from fare evasion on New Routemasters London buses. 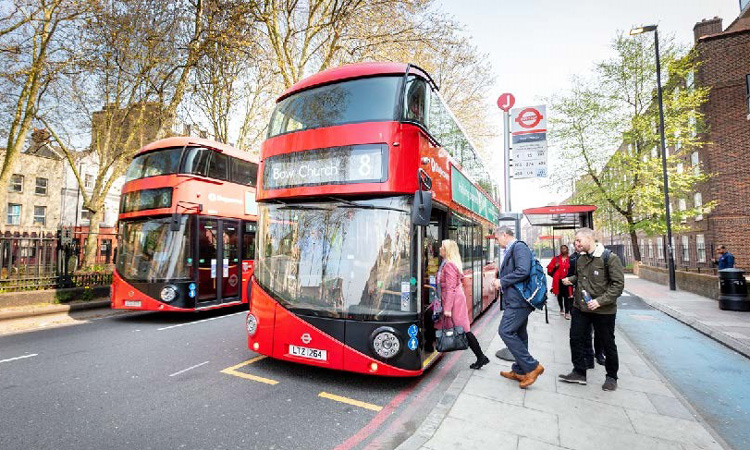 New Routemasters buses will reportedly be converted to make the middle and rear doors exit only, following a successful pilot on route eight that reduced fare evasion without affecting the reliability of the route.

The New Routemasters currently allow boarding through all doors, but this has allegedly seen fare evaders deprive London’s transport network of millions of pounds of revenue. Fare evasion on New Routemasters is said to be more than double the rate of other buses, with Transport for London (TfL) estimating that more than £3.6 million is lost each year on New Routemasters.

Early indications suggest that fare evasion dropped by more than half during a trial of front-door-only boarding on route eight, with ‘no adverse effect on service efficiency’. The pilot, which started in August 2019, was said to be successful in communicating the change and encouraging people to board through the front doors – reducing fare evasion and improving accessibility.

Boarding using the middle and rear doors on all New Routemasters will be phased out, starting with the routes 55 and 267 on 25 January 2020. Customers will be advised of the changes to boarding with emails and on-board announcements. Signage will also be changed on buses. Customers with wheelchairs and pushchairs will continue to be able to board through middle doors.

Fare evasion is considered a serious criminal offence that could lead to prosecution, a criminal record and a fine of up to £1,000. The changes being made to New Routemasters are part of a wider programme of activity designed to drive down fare evasion across the whole TfL network.

Claire Mann, TfL’s Director of Bus Operations, said: “Fare dodging is criminal and unfair, and it deprives London’s transport of the investment it needs. Our successful pilot on the route eight has shown that boarding using the front door only doesn’t delay the service and reduces fare evasion, so we will change all other New Routemasters to follow suit.”