Currently, road danger in the area is considered high, with 215 collisions leading to death or injury recorded along the A206 Woolwich Road in 2017 and 2018, with 18 per cent of all casualties on the road in 2017 being cycling incidents. 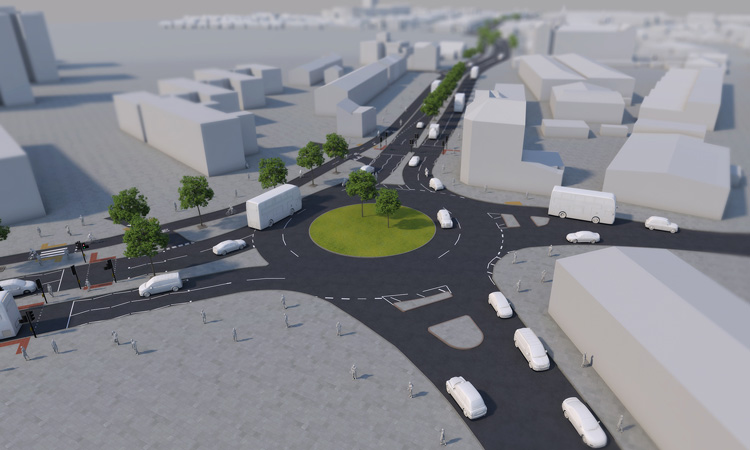 Transport for London (TfL) has set out plans to overhaul one of southeast London’s roads in a bid to make neighbourhoods between Greenwich and Woolwich much safer for people walking and cycling, as part of its Vision Zero commitment to eliminating death and serious injury on London’s roads.

TfL reportedly plans to tackle this and improve air quality in the area by building a new 6.5km Cycleway, which would run between Greenwich and Woolwich. This would connect to the Royal Borough of Greenwich’s future Liveable Neighbourhood plans for Greenwich Town Centre and to Cycleway 4 to create a continuous safe cycling route from Tower Bridge to Woolwich.

Nigel Hardy, TfL’s Head of Healthy Streets Investment and Delivery, said: “We know that people in London want to choose greener and healthier alternatives to cars, but road danger and congestion remains unacceptably high on roads across the capital. Our plans for Woolwich Road would make a real difference to everyone who wants to walk, cycle and use public transport more often and to the communities who live along this busy and intimidating stretch of road.”

TfL is also said to be working on significant improvements at the Angerstein roundabout, where two people have been killed while cycling in recent years. TfL is asking people for their initial thoughts on plans to simplify the junction and make it easier to navigate for everyone. This would mean that the junction would no longer be a roundabout and there would be a new fully segregated cycleway through the junction, with new signals.

Currently, traffic levels on the road mean that communities either side are split by the road. The changes aim to make it much easier for people to choose to walk, cycle and use public transport rather than travelling by car. There are two schools along the proposed route and the changes also aim to make it easier and safer for people to get to school using sustainable forms of travel.

London’s Walking and Cycling Commissioner, Will Norman, said: “I’m delighted that we’re pushing ahead with these bold plans – part of a new high-quality cycle route from Tower Bridge all the way to the heart of Woolwich. With additional pedestrian crossings and a new bus lane, the route will be made better and safer for everyone. The area around Angerstein roundabout has seen two fatalities in recent years, and we will continue to work closely with Greenwich Council to deliver these vital improvements as soon as possible.”

Simon Munk, Infrastructure Campaigner at London Cycling Campaign, added: “It is wonderful to see plans moving forward to tackle the infamous and lethal Angerstein Roundabout, something we have long campaigned for. This should not only help save lives, but also enable far more people to walk and cycle, cutting air pollution and climate emissions.”