Dubai’s Roads and Transport Authority (RTA) has indicated that the taxi fleet recorded an exponential growth from 81 to 5,201 vehicles, with the number of drivers increasing from 886 to 11,500 between 1995 and 2019. 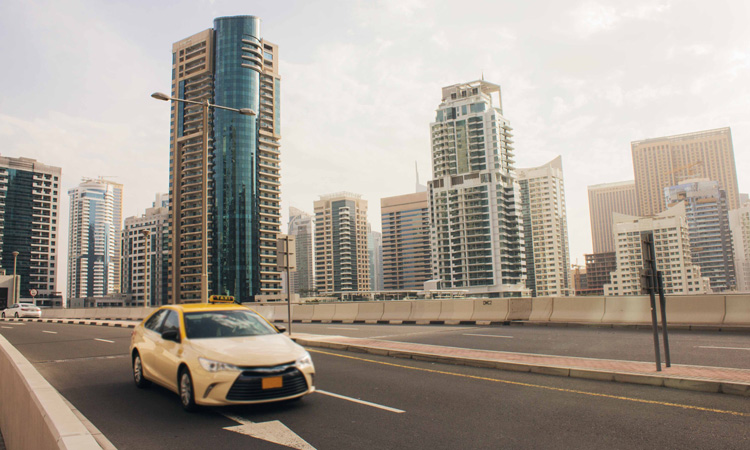 His Excellency Mattar Mohammed Al Tayer, Director-General and Chairman of the Board of Executive Directors of Dubai’s Roads and Transport Authority (RTA), has announced that the number of journeys made by Dubai Taxis from the start of operation in 1995 to December 2019 recorded 682 million journeys, with more than one billion riders.

During a recent visit to Dubai Taxi Corporation (DTC), Al Tayer was briefed on artificial intelligence (AI) implementations in improving taxi services. DTC allegedly uses AI to strike a balance between supply and demand for the taxi service, analyse trip details, and direct the fleet to demand hotspots. AI is also used to improve safe driving practices through monitoring the conduct of drivers and verifying their compliance with safe driving standards.

Al Tayer was also briefed on the automation of taxi services at Terminal 3 of Dubai Airport aimed at increasing the number of taxis in operation, streamlining the dispatch of taxis, and slashing the waiting time from 11 to five minutes. The project is said to open new channels for booking taxis at the time of buying a ticket or via screens on aircraft seats, the DTC app or smart devices at the airport concourse. For the success of the project, DTC capitalised on AI and Big Data analysis technologies.

Al Tayer also inspected the new generation of Toyota hybrid vehicles added to Dubai Taxi fleet, which reportedly reduce fuel consumption and carbon emission by 47 per cent. The procurement of these vehicles is said to be part of RTA’s commitment to its Green Mobility Strategy, aimed at increasing the proportion of electric and hybrid new vehicles purchased or hired annually by government bodies to 10 per cent in 2020.

The step also goes in line with Dubai’s strategy to reduce carbon emissions by 16 per cent in 2021, and RTA’s plan to transform 50 per cent of Dubai Taxi fleet into hybrid vehicles by 2021.

Al Tayer concluded by stressing the importance of using technologies in driving up performance level, boosting integration of transit systems and easing the mobility of customers that will add to their overall citizen happiness.