Meituanbike, formerly known as Mobike, is – by number of bicycles – the world’s largest shared bike operator, despite its fleet having become lighter by more than 200,000 bikes in 2019. 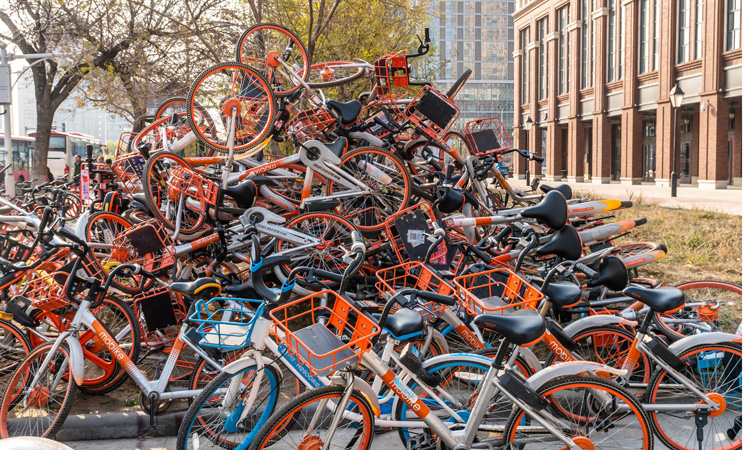 Chinese mobility start-up Mobike has announced that it lost more than 200,000 dockless bikes in 2019 due to theft and vandalism.

The Beijing-based company, which rebranded to MeituanBike in 2019, uses a credit score system that rewards and punishes users for positive and negative behaviour, such as on-time returns. Fines are given to those who break the rules, with some offenders being permanently banned or, in more serious cases, reported to the police.

In a blog post written by the company, it was reported that police in Beijing arrested 2,600 people in relation to bike theft and vandalism throughout the year.

According to the BBC, Mobike has also pulled out of a number of UK cities after a rise in incidents of this kind has reportedly forced the company to reconsider demand for the service.

Police in Manchester were reportedly called to more than 400 incidents involving Mobikes between July 2017 and August 2018, according to the BBC. 124 of the cases were listed under “criminal damage and arson offences” and there were a further 87 bicycle thefts.

Mobike also reportedly pulled out of Newcastle and Gateshead, after some bikes were dumped in the River Tyne.