The new service is part of the city public transport network, inaugurated by François Bayrou, Mayor and President of the Pau Béarn Pyrénées intercommunal area1, and opened to the public on 17 December 2019. 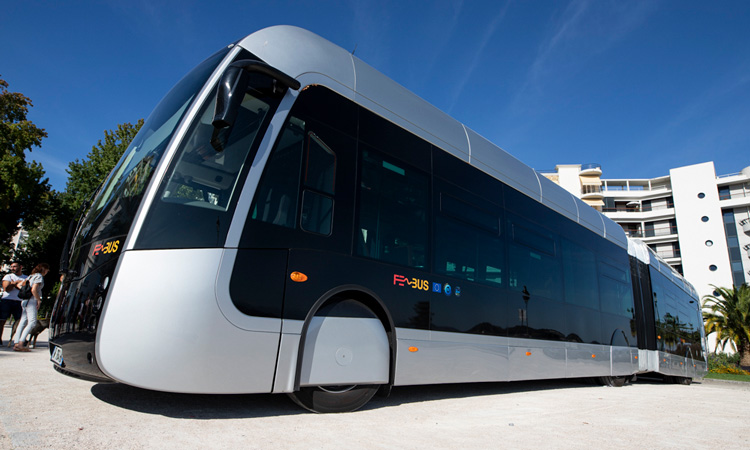 Following the recent launches of fully electric bus rapid transit (BRT) services in several cities in France, Keolis has contributed to the launch of Pau’s hydrogen BRT service, said to be a global first for an 18-metre long vehicle.

A long-standing partner of Pau transport operator SPL STAP (Société de Transport de l’Agglomération Paloise), in charge of operating Pau Béarn Pyrénées Mobilités’ city public transport network for 20 years, Keolis has worked on the launch of the 100% hydrogen BRT service called Fébus, that runs in the centre of Pau. This launch represents the culmination of the overhaul of the city transport network IDELIS, aimed at modernising and developing the transport offer to increase the region’s appeal.

Keolis is providing technical assistance for the operation of the eight Fébus hydrogen BRTs. These vehicles operate on the route between François Mitterand Hospital, in the north of the intercommunal area, and Pau train station, in the south.

Thanks to a route which runs 85% of the time on 6 kilometre long dedicated lanes protected from other traffic, and a priority system at crossroads, the travel time of this key line for getting around Pau is 17 minutes.

The vehicles are built by Belgian manufacturer Van Hool and produce their electricity on board using a hydrogen fuel cell. With their range of 240km/day, the vehicles do not need to be recharged while in service, with charging taking place at night in the station.

Commissioning this fleet of eight vehicles required the construction of a hydrogen station, inaugurated on 19 September 2019, as well as a maintenance workshop adapted to using hydrogen. One hundred employees were trained in this new rolling stock (50 for driving and 50 for maintenance and control).

Keolis is committed to supporting public transport authorities and passengers to promote carbon-free, more sustainable mobility. Recent contracts won by Keolis and recent commercial launches have accelerated its contribution to the energy transition.