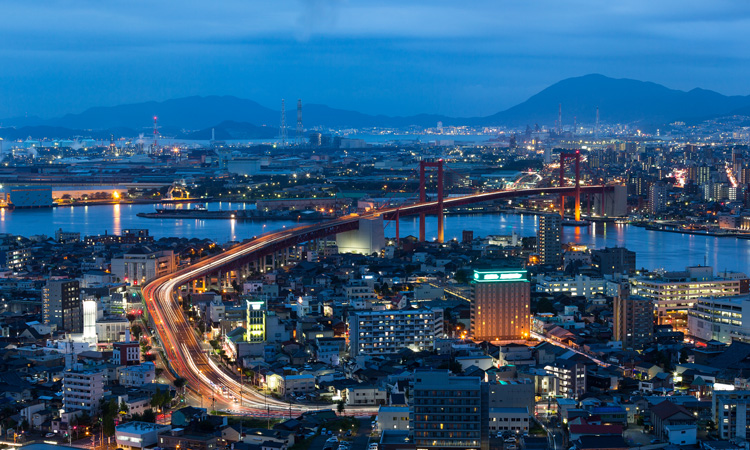 Toyota Motor Corporation (Toyota) and Nishi-Nippon Railroad Co., Ltd. (Nishitetsu) have commenced full operation of the Toyota-developed multimodal mobility service ‘my route’ for smartphones, which will be launched in Fukuoka City and Kitakyushu City, Japan, in collaboration with service providers in the areas of traffic, shopping and event information. The project will also be expanded to include the Kyushu Railway Company (JR Kyushu).

Alongside supporting mobility services with its route search, my route is also provides shop and event information while enabling users to search, book and pay for transport, and offers integrated mobility functions that can be completed within its single app, with the aim of supporting smooth movement in urban areas.

Toyota and Nishitetsu began trials of my route in Fukuoka City in 2018, through which they aimed to verify the viability of multimodal mobility services, understand areas for improvement and provide more convenient services for residents and tourists. With the app downloaded approximately 30,000 times during the one-year trial period, and around 80 per cent of survey respondents saying they were “satisfied” after using it, the service was deemed to be commercially viable.

As my route moves to full-scale operation, service convenience is planned to be improved in a number of ways, including expanding choice of electronic payment methods with support for Toyota Wallet, connectivity with Toyota’s car-sharing service with support for Toyota Share, and Chinese (traditional and simplified) and Korean languages planned in addition to the current Japanese and English

Collaborations with Shinkansen (bullet train) and highway bus are also planned to provided support for long distance travel, with Fukuoka City and Kitakyushu City being the starting point or destination.

In the future, my route aims to become more convenient through collaborations with Fukuoka City, Kitakyushu City and other businesses, in addition to the core partnership of Toyota, Nishitetsu and JR Kyushu.

WILLER and Mobileye to offer autonomous mobility solutions in Asia