The Moscow Central Diameters introduces integration between suburban and urban railway transportation, the metro, and other public transport into a single network. 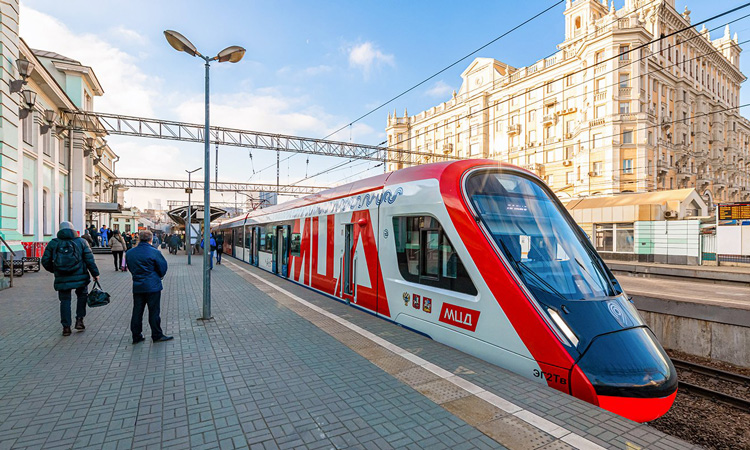 The attendees examined the new pavilion of the Belorussky railway station for accelerated commuter trains to Odintsovo and Usovo and rode the Ivolga electric train to Fili station. The Moscow-Odintsovo section is now part of MCD-1 Odintsovo-Lobnya (Belorussko-Savelovsky). Movement along MCD-2 Nakhabino-Podolsk (Kursko-Rizhsky) was also launched and travel times on MCD-1 will allegedly be 1.5 hours and two hours on MCD-2.

“In some areas on MCD-1 and MCD-2, the number of trips has increased by more than 60 per cent. An additional 1.4 million seats per day will be available for residents of the city of Moscow and Moscow oblast. This comprehensive project includes not only additional routes, platforms, and stations, but also new Ivolga trains, which are built in Tver,” said Belozerov.

For the MCD, railway workers built and reconstructed almost 160 km of tracks and more than 200 km of overhead line, seven bridges and tunnels, 39 passenger platforms, and 21 multilevel pedestrian crossings. In total, the length of the first two diameters is 132 km and they have 57 stations. Once subsequent stages of the MCD are built, there will be 66 stations, 19 of which will feature transfers to the metro and the Moscow Ring Railway.

One of the main advantages of the MCD is said to be the high degree of integration between suburban and urban railway transportation, the metro and other types of public transportation into a single network. Modern transportation hubs are being built, a universal tariff policy is being introduced, and passengers are being offered a wide selection of related services for this purpose.

By the end of 2024, work will reportedly be completed on two more diametric routes: MCD-3 Kryukovo (Zelenograd)-Ramenskoye (Oktyabrsko-Kazansky) and MCD-4 Aprelevka-Zheleznodorozhnaya (Kievsko-Gorkovsky). The timing of MCD-5 will depend on how main design develops.

Infrastructure development of the MCD includes the reconstruction and modernisation of all stops by installing canopies on the entire length of the platforms, heated ticket offices, interactive navigation, adding elevators and escalators, and landscaping.

These developments of the railway infrastructure of the Central Transport Junction are predicted to see a 20 per cent increase in suburban passenger traffic by 2025 (up to 948 million passengers) as well as reducing the load on the urban transport infrastructure by 10-12 per cent. In particular, a decrease in the number of cars of the Moscow Region residents who daily come to Moscow by personal transport is expected. It will also reportedly allow five per cent unload of the major city outbound highways, as well as the Moscow Ring Road.