The Dynamo Taxi, London’s first all-electric taxi, built in Coventry by Dynamo Motor Company, is based on a Nissan e NV 200 Evalia MPV and can carry five passengers. 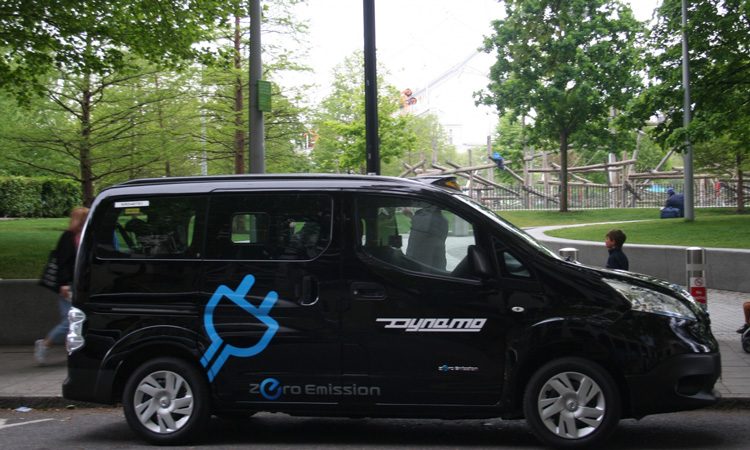 Dynamo, the UK-based vehicle manufacturer, has unveiled the first 100 per cent electric, zero emission ‘Hackney Carriage’ black cab that has been officially approved by Transport for London.

The Mayor of London, Sadiq Khan, said: “Air pollution is a national health crisis that is stunting the lung development of our children and leading to thousands of premature deaths. We have cut pollution by a third in central London by introducing the world’s first Ultra Low Emission Zone and worked tirelessly to clean up the bus and taxi fleet.

“London’s black cabs are known around the world, which is why I am pleased to launch the first all-electric London black cab by Dynamo. Working with cabbies to go electric is a key part of our plans to improve London’s air quality. The Dynamo Taxi will accelerate the retirement of polluting diesel taxis from city streets across the UK, improving air quality, helping to tackle the climate emergency and to create a green economy. I have been delighted by the number of cabbies who have applied for our £42 million fund to trade in their older, dirtier vehicles earlier – doing their bit to improve our filthy air.”

Brendan O’Toole, founder and CEO of Dynamo, added: “The UK’s new car market is experiencing an electric revolution, with record numbers of fully electric vehicle registrations taking place each year. Electric vehicle technology is now a viable alternative to petrol and diesel vehicles, and it is imperative the UK’s taxi market changes with the times.

“With a low starting price, and a reliable vehicle architecture in the Nissan e-NV200, we are offering a solution to the tens of thousands of taxi drivers in London and cities across the UK.”

According to TfL, taxis currently account for 16 per cent of all vehicle nitrogen oxide (NOx) emissions in central London and the Dynamo taxi comes at a time when TfL has introduced licencing requirements for new taxis in order to operate in London, limiting their emissions to 50g/km CO2 and a zero emissions range of at least 30 miles.

The Dynamo is also said to lower costs for drivers; the average taxi driver in London covers between 90 to 120 miles a day. Dynamo has said that, using a home charger, it will cost around £6 to travel 174 miles, as opposed to around £35-£40 in current diesel taxis.