Santiago is now home to the world’s largest pure electric bus fleet outside of China. 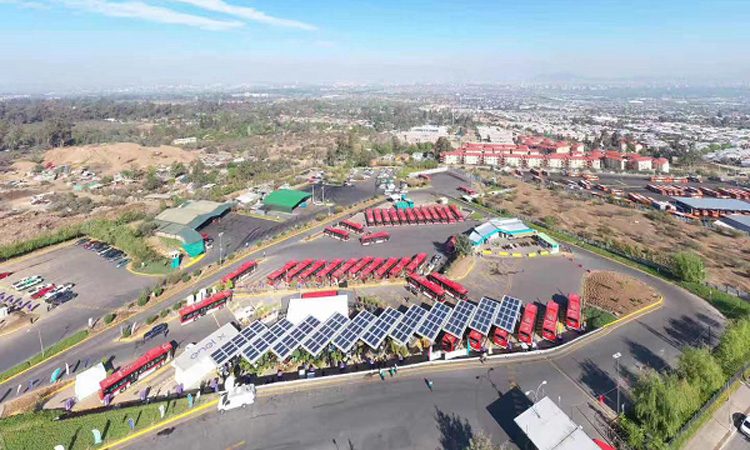 Chile is home to a fleet of more than 380 purely electric buses, 285 of which are manufactured by BYD; Santiago has the largest pure electric bus fleet in the world outside of China, according to a BYD statement.

Serving one of the main routes of the city’s transport system, the fleet will benefit about 660,000 people across nine communities: Maipú, Central Station, Santiago, Ñuñoa, Peñalolén, Pudahuel, Cerro Navia, Quinta Normal, and Lo Prado. Since their arrival, users responded well to the buses according to a satisfaction survey conducted by the Ministry of Transportation.

“We are taking this great leap forward and into the future”, said the President after taking a tour on a BYD electric bus from Ñuñoa to the new electric terminal in Peñalolén. “This new public transportation system will allow us to improve the quality of life of all inhabitants.” Ministers, local officials and other executes accompanied him, including the Country Manager of BYD Chile, Tamara Berríos, and senior representatives from Enel Chile and Metbus.

“The current 285 BYD pure electric buses operating in Santiago are reducing emissions equivalent to more than 9,400 conventional cars”, said Tamara Berríos, Country Manager of BYD Chile. “BYD is proud to contribute its technology towards the first 100% electric bus corridor in Latin America. We hope to continue building our dreams of a cleaner city with our sustainable transport solutions.”

The project includes the use of 40 bus stops for the new corridor, all of which will include LED lighting, information screens, USB chargers, bicycle parking, and more to improve users’ travel experience.