Greater Manchester Combined Authority is the first city-region in the UK to launch a public consultation on a proposed bus franchising scheme. 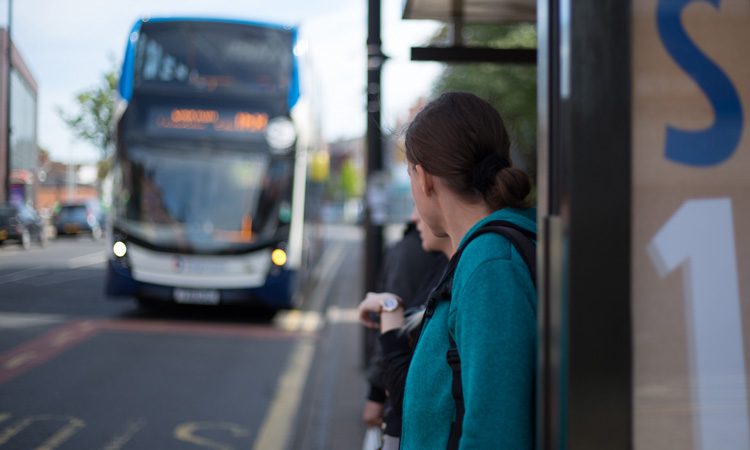 Greater Manchester has launched a major public consultation to get a wide range of views on how the city-region’s bus services should be run.

People across the region and beyond are being invited to have their say on a proposed bus franchising scheme through the consultation, which will run until 8 January 2020.

Reforming the bus market is a key part of ‘Our Network’, Greater Manchester’s 10 year plan for an integrated public transport network, that makes getting around the city-region easy, accessible and affordable.

The proposed bus franchising scheme was developed as part of a comprehensive assessment comparing it with other realistic options – including new partnerships with the bus companies or leaving bus services as they are now.

It found that the proposed franchising scheme would be the best way to meet Greater Manchester’s objectives and future vision for buses – which include a joined-up integrated bus and public transport network, simple fares and ticketing, an improved customer experience, and better value for money.

Bus franchising is currently in place in London and other global cities. If franchising was introduced, Greater Manchester Combined Authority would coordinate the bus network and contract bus companies would run the services.

Deputy Mayor, Sir Richard Leese, said: “This is a pivotal stage in Greater Manchester’s ambitions to deliver a bus network that works better for passengers and our economy.

“We are leading the way as the first combined authority to make use of new legislation and ask people for their views on whether or not this scheme is the best way to improve their bus services.

“However, no decisions have been made yet, which is why we want to hear what people think. Anyone can take part in the consultation, there is no lower age limit. You do not have to live in Greater Manchester or be a regular bus user. In fact, we would like to hear from people who do not currently travel by bus.

“It is important that everyone has their say now. It is not just bus passengers who could stand to gain. Our assessment shows that, if introduced, bus franchising could have wide-ranging economic benefits over the long-term.”

Since the assessment of a proposed franchising scheme for Greater Manchester was completed, the government has indicated that it will support Greater Manchester to “deliver a London-style bus system in the area” which could include revenue funding. If government funding becomes available, this could offset any local contribution – including any requirement from the council tax/Mayoral precept.

Following the public consultation, GMCA will publish a report giving its response. The Mayor of Greater Manchester, Andy Burnham, would then decide whether to implement the proposed franchising scheme.

157 electric buses to be rolled out in Gothenburg