Nicola Sturgeon, First Minister, has announced plans to mitigate the effects of climate change and reduce Scotland’s carbon emissions with initiatives such as a £500 million investment in bus infrastructure. 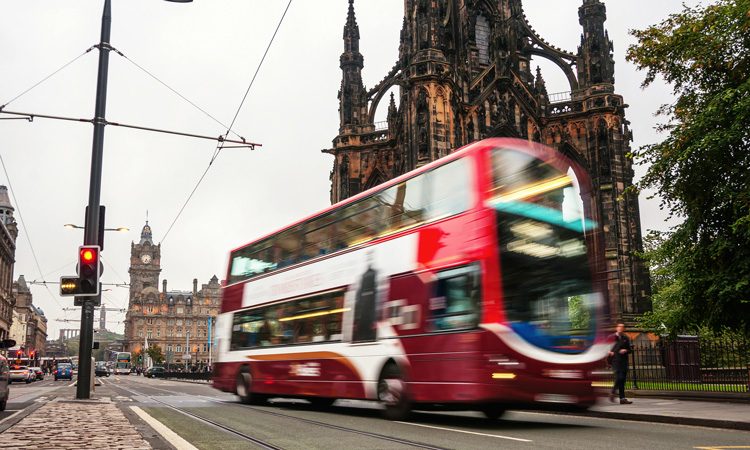 Following the release of the Scottish Programme for Government, the transport sector has announced plans to invest in greener transport in a bid to reduce the impact Scotland’s emissions. The investment is hoped to promote the patronage of public transport and reduce the usage of privately owned cars.

“Earlier this year, I acknowledged that Scotland – like the rest of the world – faces a climate emergency. We are now committed to achieving net zero greenhouse gas emissions by 2045 at the latest – earlier than any other UK nation,” commented Nicola Sturgeon.

The plans include an investment of more than £500 million to improve bus infrastructure across Scotland to encourage more people to use public transport and reduce carbon emissions by private journeys.

The First Minister also announced plans to decarbonise Scottish railways by 2035 and make the Highlands and Islands the world’s first net zero aviation region by 2040.

An additional £17 million will be provided to support the demand for ultra-low emission vehicles (ULEVs) through the Low Carbon Transport Loan scheme, while expanding the scheme to include used electric vehicles.

Furthermore, the National Transport Strategy, as part of the Programme for Government, will redefine investment priorities, putting sustainable transport at the centre of decision‑making.

Sturgeon, added: “[2019’s] Programme for Government is an important part of our response to the climate emergency, containing measures which will reduce emissions while supporting sustainable and inclusive growth.”