Numerous initiatives and employee benefits have been introduced by RTA Dubai in the hope to encouraging a positive working environment for bus drivers. 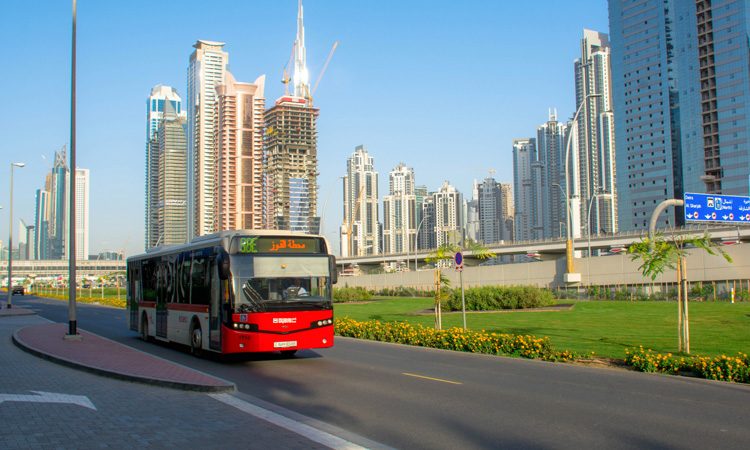 RTA Dubai is offering an array of valuable initiatives to its bus drivers in a bid to boost motivation among workers.

Besides serving the bus drivers, these initiatives also aim to enhance the public image of RTA and contribute to a strategy to increase employee satisfaction in the workplace.

The first initiative is training and sees RTA using a range of smart technologies and high-level training modules to help drivers develop their skills and ability to deal with customers.

Similar to other programmes from bus operators around the world looking to provide drivers with career longevity, RTA has also introduced a star-rating system to reward excellent bus drivers. The three, four and five-star rating system encourages drivers to adhere to best practice and make them more engaged with their work.

Commenting on this initiative, Abdullah Al Meer, Director of Drivers Affairs, Public Transport Agency, said: “Monthly bonuses are paid to compliant drivers on a pro-rata basis. The policy enhances the competitiveness and compliance of drivers as well as the excellent operation, which will reflect on customer’s happiness.”

Opening a recreational space in the driver’s accommodation, RTA has highlighted how its third initiative of the promotion of sports keeps their drivers healthy, eases pressure and allows for further focus on excellence during working hours. Alongside this, year-round sports, cultural and religious events aim to further engage the drivers.

The final aspect outlined is the housing and accommodation of drivers. RTA has completed the second phase of drivers’ accommodation at Jebel Ali with a capacity to house 500 drivers, following the first phase which accommodated around 250 drivers. Situating drivers nearer to their workplaces enables them to take enough breaks during shifts, whilst also reducing wasted time and resources on commutes or travel to work.

Abdullah Al Meer further commented: “These initiatives nurture an inspiring work environment marked by high-class services and benefits to bus drivers who are ambassadors of RTA to the public.”