Due to include new tramways, bus lanes, and trambus route, the new tramway project will see Quebec more connected than ever before. 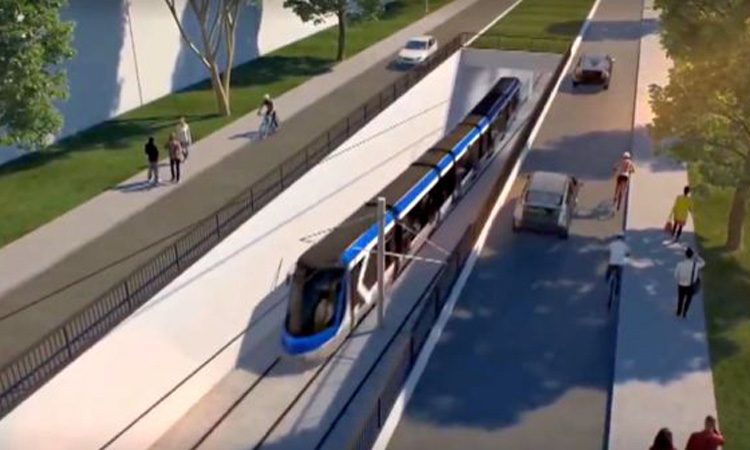 President Justin Trudeau has announced that his government will provide the funding for the Quebec tramway project which amounts to approximately $1.2 billion.

At a news conference in Quebec City, Trudeau said: “Once completed, the tram will mean a faster commute, less time in traffic, cleaner air and more money in people’s pockets as they trade their cars for public transit.”

Altogether the project is expected to cost $3.3 billion – the City of Quebec will contribute $1.8 billion to the project, while the municipal government will put up $300 million.

The tramway will run for 23 kilometres and the project is expected to be completed by 2026 and hopes to remove 12,500 from the road everyday as a result. It will connect Charlesbourg to Sainte-Foy, with a travel time of just 38 minutes between the two. Moreover, the project includes a 15 kilometre trambus network which will run alongside the existing bus network.

On the line, a fleet of bidirectional LRVs will be operational; each LRV will have capacity for 260 passengers. The line will operate between 05.00 and 01.00 everyday day with services running every 3-5-minute during peak times.

The development will change the dynamic and face of the city; with connections and better infrastructure the whole city will be able to thrive.

Some have questioned the investment suggesting that the money is just a way to sway voters in the upcoming election. Quebec City has long been a significant location when it comes to elections. Trudeau said he expects to make gains in Quebec “because of everything we’ve done in the past four years, as well as everything we are going to do together, in the years to come.”

This investment follows an electric rail system (REM) in Montreal which was announced in 2017.