New facility to support CAV technology has been unveiled

Culham Science Centre has announced the completion of a new £5.8 million facility built to support the development of CAVs, a sector estimated to be worth £907 billion by 2035. 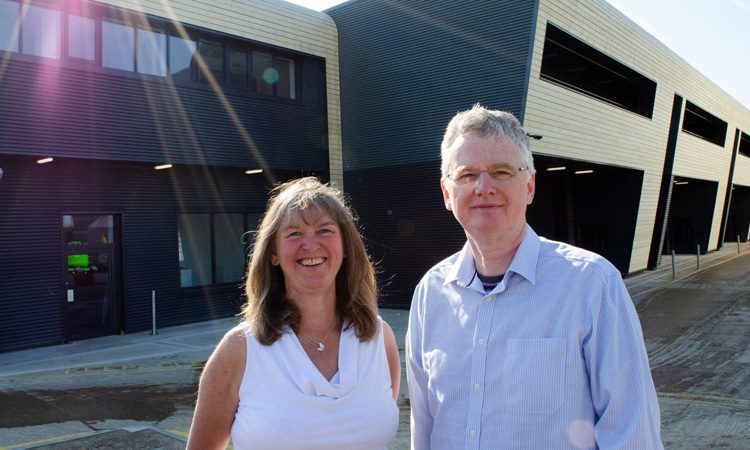 The connected and autonomous vehicles (CAV) facility named ‘Pit Lane’ due to its resemblance of a Formula 1 garage, has been developed at Culham Science Centre by RACE, the UK Atomic Energy Authority’s (UKAEA) centre for Remote Applications in Challenging Environments, supported by OxLEP and the Local Growth Fund in addition to the UK Government’s Centre for Connected and Autonomous Vehicles (CCAV).

Garry Staunton, Lead Technologist, RACE, said: “We have been safely hosting trials of autonomous vehicles at Culham Science Centre for over two years. Completion of the Pit Lane development will allow us to scale-up our operations and we are looking forward to welcoming a wide range of exciting new tenants and watching as they benefit from the investment that has been made.”

“The UK has a strong position within the connected and self-driving sector and Oxfordshire is home to a growing and dynamic cluster of CAV companies.  Nurturing this is one of the goals of our Local Industrial Strategy.”

Four purpose-built workspaces, each approximately 2,377 sq. ft. in size, will provide CAV companies with the opportunity to work on two vehicles in the workspace with office accommodation above where technicians can analyse huge quantities of data generated from the cars.

A CAV track control centre from where vehicle movements will be monitored is part of the facility. This will act as the hub for a site-wide fibre optic network that will link with dedicated 4G phone masts and wireless units, something which will boost V2V connectivity (the ability of vehicles to communicate with each other) and further enhance testing capabilities.

Caroline Livingstone, Head of Property, Culham Science Centre/UKAEA, said: “The completion of Pit Lane signifies an exciting time at Culham Science Centre as we continue to build on the site’s strong heritage by providing world-leading facilities to enable the development of CAV and other robotic technologies.

“We are committed to ensuring Culham Science Centre remains a major employment centre in Oxfordshire in addition to positioning the UK as a pioneer of advanced technology.”

The design and construction contractor behind Pit Lane is Midas Construction.

Derek Quinn, Executive Director at Midas Construction, said: “Midas Construction is pleased to be involved with such an exciting and prestigious development. The work carried out at Pit Lane will have a lasting influence on the way we think about our relationship with driving and will also be a major boost to the high-tech industries in the area.”

With 10km of varied and mixed private roads as well as more than 2,000 people on site, Culham Science Centre offers a unique environment for controlled testing of driverless vehicles before they venture out onto public roads.

BotRide on-demand autonomous vehicle service to be piloted in California