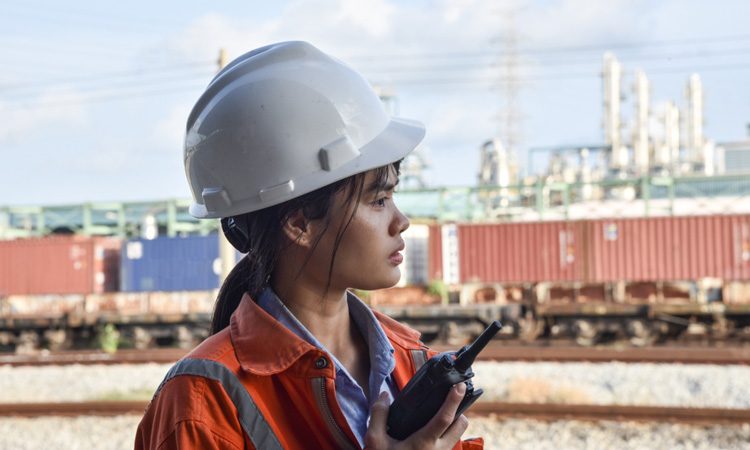 New report shows that strong progress is being made by an industry-led taskforce in boosting the proportion of under-represented groups in transport apprenticeships.

The Strategic Transport Apprenticeship Taskforce’s (STAT) three year progress report marks the latest in a series of annual reports setting out progress against ambitions from the government’s 2016 Transport infrastructure skills strategy, as well as information on the diversity of those undertaking apprenticeships.

Statistics in the report show that BAME representation now stands at over a fifth of apprentice intake, representing a 56 per cent proportional increase over the last two years in the share of BAME apprentices in the sector.

The figure provides a positive result for STAT, who have exceeded their commitment to improve BAME representation in apprenticeships.

The picture for women’s representation also shows positive improvement, with women now making up 15.4 per cent of technical and engineering apprenticeship starts, up from 10 per cent two years ago, representing a 54 per cent proportional increase. The figures again show real progress towards the STAT’s target of 20 per cent. Female representation in all apprentice roles has increased to 23.6 per cent, up from 20 per cent two years ago.

Minister Nusrat Ghani, said: “Drawing from the widest pool of talent is vital for any industry, particularly where there are skills shortages. 41,000 people are needed in roads by 2025, and rail needs 50,000 extra people by 2033 to deliver planned investment.

“That’s why it’s fantastic to see how apprenticeships can be used to attract and train a more diverse workforce. STAT’s work is vital in getting under-represented groups into transport apprenticeships and meeting skills needs. They are providing great opportunities for all, regardless of background.”

Mike Brown, MVO, Chair of the Strategic Apprenticeship Taskforce and London’s Transport Commissioner, said: “It’s fantastic to see the increase in diversity in those joining the transport industry as apprentices. In order to keep the sector at the forefront of innovation, it is vital that we continue to attract and inspire a variety of people into transport careers, reflecting the customers that we serve, and stimulating creativity of thought and approach.

“By working together across the industry, we have managed to start challenging the perception that a career in transport is for a certain type of person. We need to ensure that we maintain and drive this momentum forward, so that, more and more, people realise the wide range of roles on offer and do not feel they face barriers to achieving their career aspirations.”