The new initiatives will bring mass transit, deliveries and pedestrianisation into focus for the city’s administration to assess the best use of space and services. 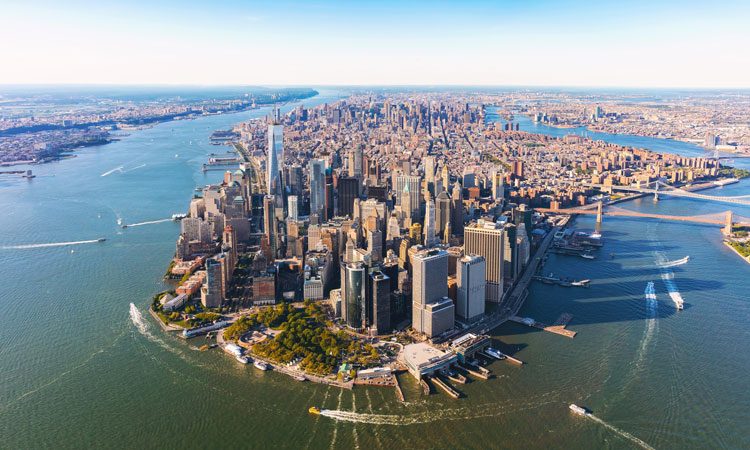 New York Mayor Bill de Blasio has announced new measures to improve mobility on the city’s streets as part of the ‘2019 OneNYC’ plan.

The measures include increasing bus speeds, encouraging businesses to switch to off-hours deliveries and introducing new zones to prioritise pedestrians in Lower Manhattan. These steps are designed to help citizens get around and coincide with the introduction of congestion charging, which will begin in 2021.

“Making it easier to get around our city means New Yorkers have more time for what matters most – for their family and themselves,” said Mayor de Blasio. “These measures are part of our OneNYC strategy to build a fairer, better city for all. They complement congestion pricing, helping us fix our subways and reduce traffic delays to get our city moving.”

The mayor announced a citywide goal to improve bus speeds by 25 per cent by 2020 during an earlier address, and the ‘Better Buses Action Plan‘ – one of the recently announced new measures – details exactly how that will be achieved across the city’s five boroughs.

“As New York City prepares to implement Congestion Pricing, we need to use this moment to set the right policies into motion,” said DOT Commissioner Polly Trottenberg. “Under Mayor de Blasio’s leadership, we will have a Better Buses Action Plan, off-hour delivery assistance programs, and new pedestrian zones that will help us get the most out of our streets and other public space.”

Meanwhile, the number of business locations in the ‘Overnight/Off-Hour Delivery’ programme is expected to triple to 1,500 in an effort to encourage more efficient deliveries at times when overall mobility will be less affected. This initiative will be led by the Department of Transport in conjunction with de Blasio’s administration, the MTA and the Port Authority.

Following a number of studies, New York will look to prioritise pedestrian access to some streets in Lower Manhattan that are narrow and sidewalks overcrowded.

As part of these efforts, the Department of Transport will look into potential changes to street parking regulations and daytime events, while also assessing shared-street options.

“We’ve all experienced how difficult it can be to get around New York City regardless of the time of day. The new measures announced by Mayor de Blasio will make New York City streets more accessible and easier to navigate for everyone – drivers, public transportation users, and pedestrians. A significant increase in buses’ speed and access to new pedestrian areas will make it easier for everyone to get around, enjoy the city, and get to their destination on time,” said Congressman José Serrano.