A study finds 67 per cent of female adults still believe it is easier for men to be successful in the world of work than it is for women. 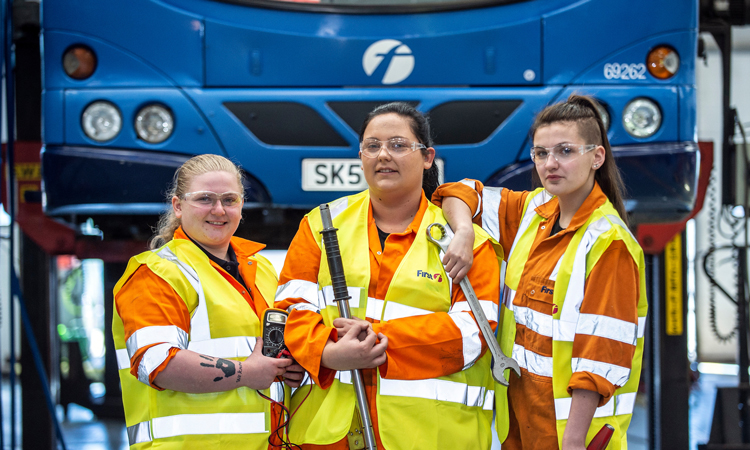 A recent study has found that a quarter of women have actively avoided careers because they are perceived as ‘men only’ – including construction, bus driving and politics.

Researchers polled 2,000 female adults and found a third believe they have missed out on roles because of their gender, with 32 per cent feeling they have been passed over for promotions for the same reason.

Commissioned by First Bus, the research found around half of all those polled believe businesses are more likely to have continued success if there is an even split of genders.

Sue Whaley, HR Director for First Bus, said: “There’s no escaping the fact that men outnumber women in the bus driving world, but more and more women are proving it’s a job they’re great at – and that bus driving is a career that suits them.

“We want to raise awareness of the fact that there are no barriers preventing women from working within the bus industry and that there is more to a bus driver than just driving a bus. Being a bus driver lets you use your customer service skills in a different way – to help people in the local community get from A to B.

“We’ve recently held female-only recruitment events, which have helped to change perceptions some women have around being a bus driver and we’re looking to run similar events across more of our depots across the UK.”

The research also found 62 per cent of women polled think the gender pay gap exists – compared to 46 per cent of men.

Three quarters of everyone surveyed believe there is still a perception among the public that there are careers only men can do.

Whaley added: “We are committed to equality of opportunity, diversity and inclusion because we believe diverse experiences and attitudes help us better understand the needs of our customers. We are working to increase the number of females applying for bus driver roles within the business as we do believe businesses are more likely to have continued success if there is an even split of genders.

“Our bus drivers put smiles on the faces of our customers and make a real difference in their local communities and we have developed training courses for our drivers which are helping to strengthen self-awareness and build better connections with customers and colleagues.

“We’re working hard to change the stereotypes and to encourage more people to consider a career within the bus industry and we’re doing everything we can to encourage women into the roles we offer.”