A recent study has shown 35 to 40 per cent of drivers are willing to contribute to reducing air pollution by rerouting when they are provided sufficient alternatives. 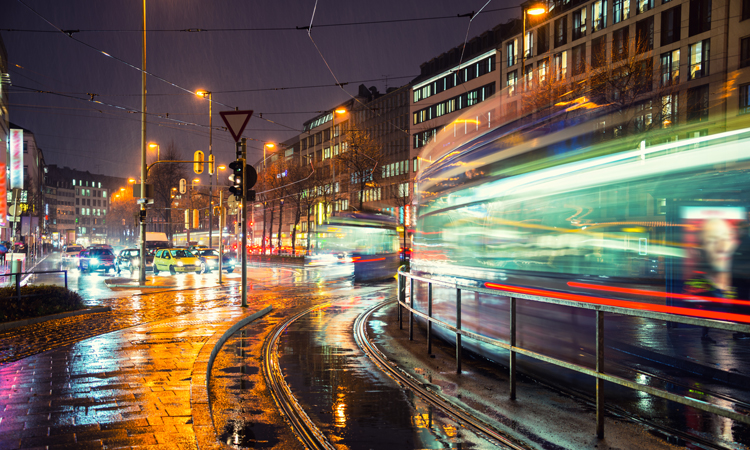 A real-world pilot project in Munich has been completed by Siemens Mobility, ryd (a platform by ThinxNet) and Hawa Dawa, demonstrating that individual vehicle drivers can be influenced to take an alternative route, and air pollution hotspots subsequently reduced.

The pilot showed an alternative approach to general city tolling, which could also be combined with public transport to enhance intermodal mobility.

Real-time sensors were used to measure air pollution and analyse data to optimally reroute traffic. Launched in November 2018, the four-week pilot showed that 35 to 40 per cent of drivers are willing to contribute to reducing air pollution by rerouting, when they are provided alternative routes on their ryd platform. In addition, optimising traffic at an individual level can help to reduce overall air pollution within a city. The initial results, which were collected from more than 1,600 drivers, showed savings of 83kg of CO2 and 114g of NOx as well as a reduction in 633km driven. If the programme were to be scaled to 20,000 drivers within a city, the savings would be equivalent to planting more than one acre of forested land.

The project’s objective was to prove that intelligent traffic control could help Munich – and other cities – to better achieve sustainability goals. According to Germany’s Federal Environment Ministry, Munich has the second highest NO2 levels in Germany, and Inrix’s Traffic Scorecard consistently finds Munich’s traffic one of the most congested in the country with the average driver spending 51 hours a year sitting in traffic.

Siemens Mobility, Hawa Dawa and ryd came together with the mission to prove that technology and data can be used to alleviate both traffic and air pollution.

“By shaping connected mobility, we can not only improve the efficiency of transportation, but also its impact on the environment. Our Intelligent Traffic Systems digital labs are at the forefront of data analytics and artificial intelligence in road transportation,” stated Michael Peter, CEO of Siemens Mobility.

Hawa Dawa provided pollution forecasts to Siemens Mobility’s ITS Digital Lab in Munich, where data scientists and traffic management experts analysed the data together with anonymised trip data from ryd to predict individual routes and suggest eco-friendly alternatives. The suggested ‘green’ routes were then provided to ryd users via an app. The users were incentivised to use the alternate routes by participating in a competition that ran throughout the pilot. During the competition, the most eco-friendly drivers received ryd points which could be transferred into items such as Amazon vouchers.

“We are extremely happy about the results of this pilot. They prove that the ryd community can make a difference and that our data can support smart city use cases. As an open platform, we are looking forward to building this into a joint product, partnering with cities across Europe and extending the movement towards clean air in our cities,” said Johannes Martens, CEO of ThinxNet GmbH, the IoT company building the ryd platform.

The partners plan to pursue opportunities with other cities throughout Europe; achieving sustainability goals and advancing the intermodal mobility approaches.

“We believe eco-routing at the individual vehicle level has extremely high potential as a policy option in tackling unacceptable levels of traffic-related air pollution in cities. This pilot was able to demonstrate the impact on individual behaviours of such a measure, in a short period of time. This hints at the huge untapped potential in trialling and adapting eco-sensitive routing alongside other smart mobility options within other large conurbations,” Hawa Dawa CEO, Karim Tarraf, stated.