Boeing’s eVTOL craft goes from concept to working prototype in just one year, with further test flights in the pipeline set to work on transitions between flight modes. 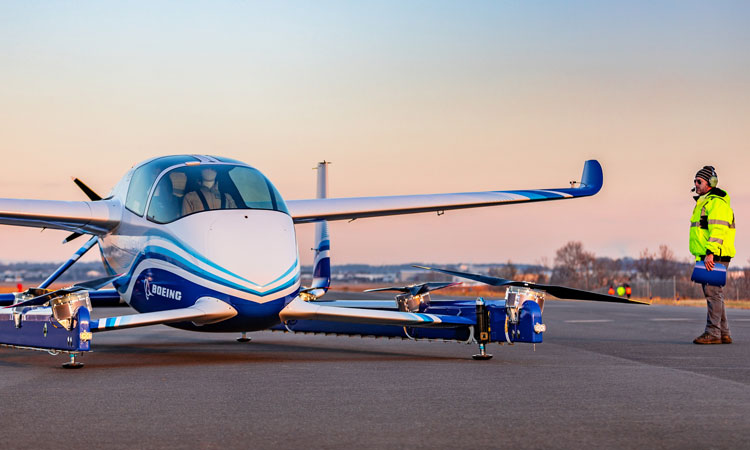 “In one year, we have progressed from a conceptual design to a flying prototype,” said Boeing Chief Technology Officer Greg Hyslop. “Boeing’s expertise and innovation have been critical in developing aviation as the world’s safest and most efficient form of transportation, and we will continue to lead with a safe, innovative and responsible approach to new mobility solutions.”

Powered by an electric propulsion system, the PAV prototype is designed for fully autonomous flight from takeoff to landing, with a range of up to 50 miles (80.47km). Measuring 30 feet (9.14m) long and 28 feet (8.53m) wide, its airframe integrates the propulsion and wing systems to achieve efficient hover and forward flight.

Future flights will test forward, wing-borne flight, as well as the transition phase between vertical and forward-flight modes. This transition phase is typically the most significant engineering challenge for any high-speed VTOL aircraft.

“Since the beginning of flight, Boeing has pioneered hundreds of commercial airplanes, defense aircraft, spacecraft, integrated systems and more,” said Boeing Chairman, President and CEO Dennis Muilenburg. “Congratulations to the teams whose hard work and dedication make these test flights a reality—I look forward to the many exciting milestones that lie ahead.”

Boeing NeXt works with regulatory agencies and industry partners to lead the responsible introduction of a new mobility ecosystem and ensure a future where autonomous and piloted air vehicles safely co-exist.