TfL is managing a number of financial challenges. A subdued economy across the UK has slowed down ridership across the country and reduced fare revenue. 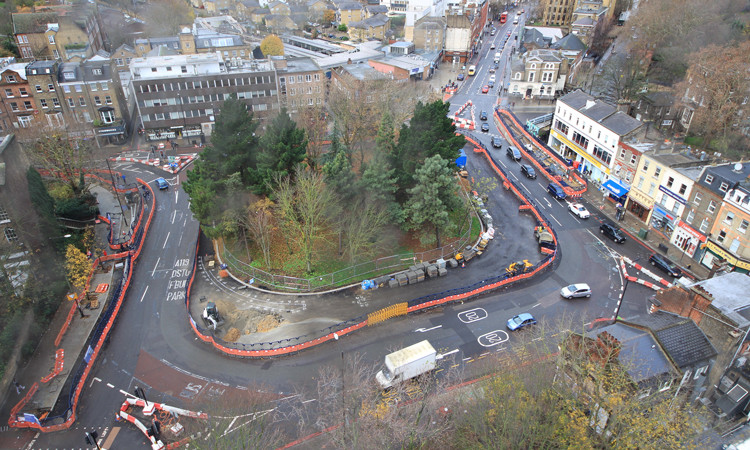 Transport for London (TfL) has published its updated draft Business Plan, which covers the period from 2018/19 to 2023/24.

The Business Plan, which fully aligns with the Mayor’s Transport Strategy, outlines how TfL will continue to invest in the vital transport improvements London needs, despite an average £700 million per year reduction in government funding, the subdued economy and the financial impact from the delay to the Crossrail project.

It also demonstrates that TfL’s budgeted operating deficit of £968 million in 2018/19 is forecast to have been reduced by more than £200 million by the end of 2018/19 as a result of tight financial management.

TfL continues to reduce operating costs across the organisation and will continue to forge ahead with its work to make the organisation more efficient over the coming five years. TfL has a proven track record of delivering against its savings targets – its over-delivery of savings in 2016/17 meant it reduced year-on-year operating costs by more than £150 million further reduced like-for-like costs in 2017/18 and is on track to over-deliver in terms of savings again in 2018/19. Prior to 2016/17, TfL’s operating costs had increased every year.

To achieve these savings, more than 30 business areas have been redesigned, creating a leaner, simpler structure. TfL has also cut the number of senior managers by 13 per cent since 2016, with total headcount reduced by 2,700 over the last two years.

The Mayor of London, Sadiq Khan, said: “We are pushing ahead with our ambitious plans to make London a cleaner, safer, healthier city with more affordable and accessible public transport. This is despite an average reduction of £700 million per year in TfL’s funding from government, and the financial challenges of uncertainty in the economy and the delay to the Crossrail project.

“Through our work to make TfL more efficient, including reducing its costs by £500 million per year, we are continuing to transform the Tube network and taking radical action to clean up our toxic air. I’m proud that TfL fares will be frozen once again from January 2019, continuing to make transport more affordable for millions of Londoners.”

Evidence suggests that the benefits of the Mayor’s freeze of TfL fares has helped cushion London from the severity of impacts seen elsewhere around the country. Despite a recent upturn in Tube ridership, passenger numbers have been down, particularly on buses.

Since TfL’s Business Plan in December 2016, its predicted fares income for the next five years has been re-forecast to be around £2.1 billion lower than originally expected, due to the state of the wider economy. This is a reduction of seven per cent.

Since March 2018, TfL has become one of the only transport authorities in the world not to receive a direct government operational grant for day-to-day running costs. The recent announcement by Crossrail Ltd, stating that there will be a delay to the opening of the Elizabeth line, has also meant that TfL needs to pay for the additional capital investment to fund the completion of the line and absorb the impact of lost fare revenue.

The Mayor of London and government have agreed on a financial package to cover the additional capital investment required to complete the Crossrail project, which will be repaid via London’s Business Rate Supplement (BRS) and from the Mayoral Community Infrastructure Levy (MCIL).

Ahead of 2019’s Comprehensive Spending Review, TfL will be making the case for long-term steady and sustained investment to ensure critical infrastructure projects can continue and London’s transport network can support the demands of all those who live and work in, or visit, the city. The Mayor has also renewed his call on the government to quickly accept that London gets its fair share of the National Infrastructure Commission’s recommended spend on infrastructure of 1.2 per cent of total gross domestic product, which would provide long-term funding to step-up the modernisation of its public transport network.

The absence of adequate central Government funding for London’s road network has meant that, since April 2018, TfL has had to pause non safety-critical renewal work. In addition, the timing of some transport schemes will need to be confirmed once the level of capital investment available is known and a prudent view has to be taken in the interim.

Over the next five years, TfL’s Business Plan will manage these risks, while continuing to protect vital transport investment through continued efficiency savings, which have exceeded more than £500 million in 2017/18.

Mike Brown MVO, London’s Transport Commissioner, said: “Safe, efficient and affordable transport is central to the future economic and social development of London and the country as a whole. Delivering the Mayor’s ambitious Transport Strategy will help create new homes and jobs.

“This first year without a direct government grant for the day-to-day operating costs of running transport services has coincided with tough external economic conditions that has meant lower overall passenger numbers than previously forecast. That financial pressure has been compounded by the extremely disappointing news about the delay to the opening of the Elizabeth line. A new Crossrail Ltd management team under Mark Wild’s leadership is now working to establish a robust, deliverable schedule before committing to an opening date. We will, of course, be working closely with Mark and his team to bring this transformational addition to London’s transport network into passenger service as soon as possible.

“To manage these significant challenges, we have accelerated our cost reduction programme to over-deliver against budget and continued to develop other commercial revenue streams through our property and other assets. This has been successful in reducing our operating deficit as we work towards creating a surplus over the next five years. This will remain an intense area of focus over this next period. We will also be making the case to government for continued steady and sustained capital investment to make the improvements London needs to remain an attractive place in which to live and invest.”